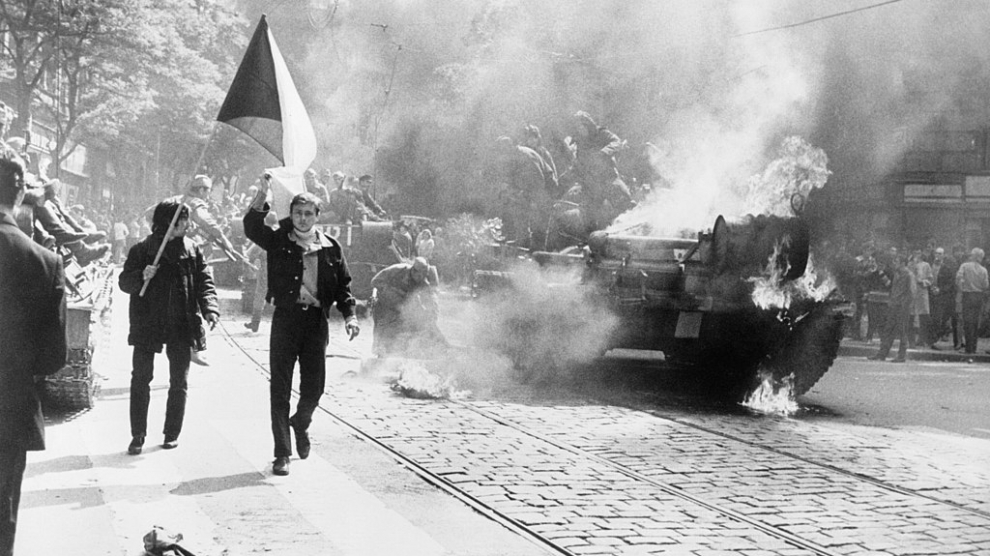 Czech President Miloš Zeman has again courted controversy by refusing to make any speeches or attend events commemorating the Soviet invasion of Czechoslovakia in 1968, which crushed the Prague Spring.

August 21 marks the 50th anniversary of the invasion, when Moscow sent 500,000 troops from the Soviet Union and other Warsaw Pact countries to crush the reformist government of Alexander Dubček, which had been attempting to implement “socialism with a human face.”

“There will be no speech,” tweeted Mr Zeman’s spokesman Jiří Ovcacek. “The president was brave in 1968, at a time when courage was not cheap. He lost his job for speaking out against the occupation. And that’s much more valuable than a thousand speeches 50 years later.”

Widely considered one of the most pro-Kremlin leaders in Europe, Mr Zeman makes regular visits to Russia, and has called for sanctions against Moscow to be dropped.

“Mr Zeman is neglecting his constitutional duties in not taking part in events marking such a momentous anniversary for the country,” said Jiří Pospíšil, leader of the liberal TOP 09 party and a former minister of justice.

Meanwhile, at a tribute to the victims of the occupation which took place in front of Prague Radio, where in 1968 around 15 unarmed people, mainly students, died trying to prevent the Soviets from taking the building, Czech Prime Minister Andrej Babiš was heckled with cries of ‘shame’ by a large crowd as he tried to make a speech. In July Mr Babiš was finally able to form a cabinet (almost nine months after parliamentary elections) only with help of the Czech Communist Party. In January, a court in Bratislava ruled that Mr Babiš had been an agent for the StB, the Czechoslovak secret police force.

President of the European Commission Jean-Claude Juncker said that the legacy of those who died during the invasion was a responsibility.

“We must never forget their attempt to defend the most basic of human rights and freedoms,” he stated. “Fifty years on, Europe is no longer divided by an Iron Curtain and the people of the Czech Republic, Slovakia and other Europeans live in a Union of peace and solidarity that they can count on to protect them. But let us use this day of solemn commemoration to collectively remember that freedom and the respect for human rights can never be taken for granted and need to be fought for every single day. I can think of no better way of honouring the memory of the heroes of the Prague Spring.”