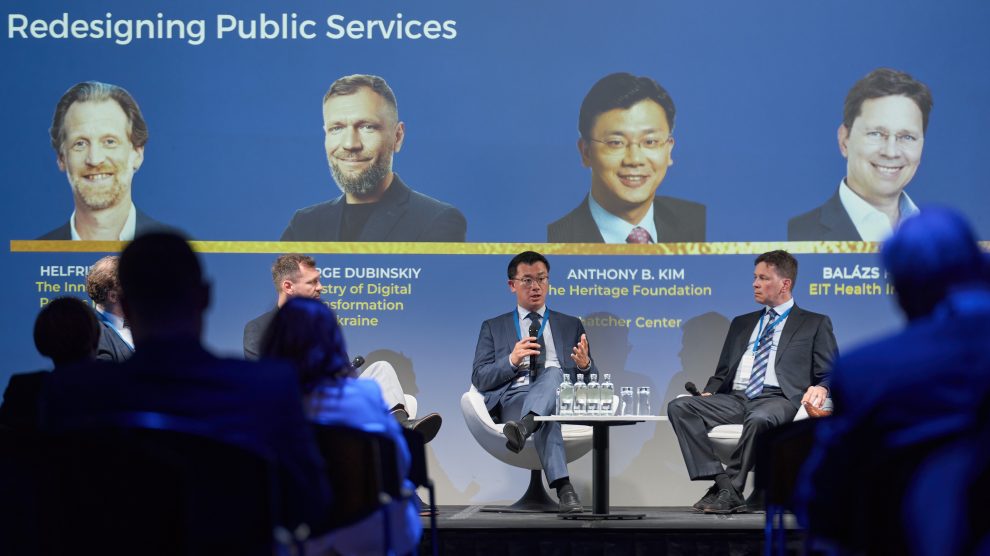 Digital public services can make government more efficient and transparent, while as Ukraine has demonstrated, they can also make countries more resilient. So why is there so much reluctance to adopt them, especially among employees in the public sector?

Public sector innovation should be about rethinking and reshaping public services to better serve citizens, and that includes more (and better) use of available digital tools.

While the Covid-19 pandemic accelerated the roll out of such tools across emerging Europe (and indeed, much of the world), from the digitalisation of education and healthcare to the online filing of tax returns, there are already signs that the momentum of the past two years is beginning to slow, as governments which had hitherto been wary of digitalisation revert to type.

As a result, countries in the region which have made the digitalisation of public services a priority (such as world-leading Estonia) remain the exception, not the rule.

This all looks like making Covid-19 a lost opportunity. For besides cutting down the need to face-to-face interaction with government employees, the pandemic also highlighted the economic and social costs associated with delaying digitalisation and GovTech – the application of technology to improving government.

The scale of the challenge is huge. According to the World Bank, across Europe and Central Asia, the public sector employs 86 million people overall, or 25 per cent of total employment. This is considerably higher than the global average of 16 per cent

So why is it so difficult to introduce innovation in the public sector in the region? And what can be done to boost it?

According to Helfried Carl, founder and managing partner of The Innovation in Politics Institute, the key is creating a culture of innovation.

Speaking at Emerging Europe’s Summit and Awards in Brussels at the end of June, during a discussion dedicated to the digitalisation of public services, Carl points to one of the key issues hampering progress: resistance among public servants.

“I know a lot about bureaucrats and the funny thing is that they always think their way of doing things is the only way things can be done,” he says.

Anthony Kim is a research fellow in economic freedom at the Heritage Foundation, and editor of its Index of Economic Freedom. He also serves as manager of global engagement at the Thatcher Centre.

For Kim, focus needs to placed on what he calls “the three Is”.

“If you want to make innovation really take-off, we need to focus on individuals, ideas and institutions,” he says.

“Without these three Is, we can’t really make any meaningful innovation take-off and apply it to whatever problems we are facing and challenges we are confronted with. The bottom line is that solutions can come from anybody. The role of the government should be facilitating and making sure that innovation is transparent and resilient.”

His comments confirm the findings of a major white paper published last year by Emerging Europe in partnership with its tech community, Tech Emerging Europe Advocates, and leading robotic process automation (RPA) firm UiPath, which included a number of case studies and best-practice from across the region, and makes five key recommendations.

These include the need to remember that automation always offers a return on investment; that automation is not an end in itself but a way to create public value for citizens and businesses; that reusable solutions and use cases will help save time and resources; that awareness and knowledge are essential to maximise impact; and that automation is a solution that requires the participation of all sectors.

Ironically perhaps, if we are looking for good examples of countries that have made real progress in terms of digitalisation in recent times, we can look to war-torn Ukraine.

Indeed, much of Ukraine’s resilience in the face of Russia’s brutal full-scale invasion of the country, which began on February 24, has been made possible by its rapid digitalisation of public services over the past two years.

Making sure that salaries, pensions and benefits are paid – and paid on time, even when recipients have been forced to flee their homes – has been made possible by digital infrastructure put in place over the past two years by Ukraine’s Ministry of Digital Transformation.

Financial assistance for displaced people for example is available through the Ukrainian government’s much-lauded Diia (which in Ukrainian means “action”) platform, a smartphone app launched in 2020 which acts as a one-stop shop for public services as well as a wallet for digital versions of official documents.

Digital passports and driving licences stored in the app have the same legal status as the originals, crucial when people may have to leave their homes in a hurry, with no time to search for paper documents.

“Importantly in the context of the Russian invasion and the large numbers of internally displaced people, Ukrainians can also use the app to change their registered address,” says Ukraine’s Deputy Minister of Digital Transformation George Dubinsky.

“A simplified war-time digital ID has also been created, available to all Diia users and recognised by local law enforcement. Ukraine has also secured agreements with neighbouring countries to accept the digital ID in lieu of paper documents – invaluable for refugees who might have been unable to gather paper documents during hurried evacuations.”

From the very beginning of the Covid-19 pandemic, the need for technological solutions in a variety of fields became abundantly clear. Start-ups around the world stepped up, rapidly creating various contract tracing, telemedicine, and Covid-19 status confirmation apps.

Where the digitalisation of public services has perhaps slowed in some areas since the pandemic abated, healthcare appears to have been an exception.

“Covid-19 brought totally new ways of handling patients and experiencing the healthcare system. It broke the resistance to change,” says Balázs Fürjes, director of EIT Health Innostars, a cluster within the European Institute of Innovation and Technology (EIT) bringing together innovators in need of education, funding, mentoring and networking tools.

But there is still a risk that momentum could be lost without the right partnerships being put in place, and the right leadership.

“Now, we have to capitalise on it. We need top-down support from governments to incentivise hospitals to change, we need to educate the change leaders and makers we need in the private sector, and assist start-ups as they push innovation further.”

Fürjes also believes that innovation is easier to care for than to foster, reiterating Anthony Kim’s point.

“If leadership gives space to people and enables them to find out and to do something, it will be much more efficient than top-down mapping and management.”

Helfried Carl, Balázs Fürjes, Anthony Kim, and George Dubinsky spoke with the Real Vision’s Sam Burke at the recent Future of Emerging Europe Summit and Awards. You can watch the full discussion below.