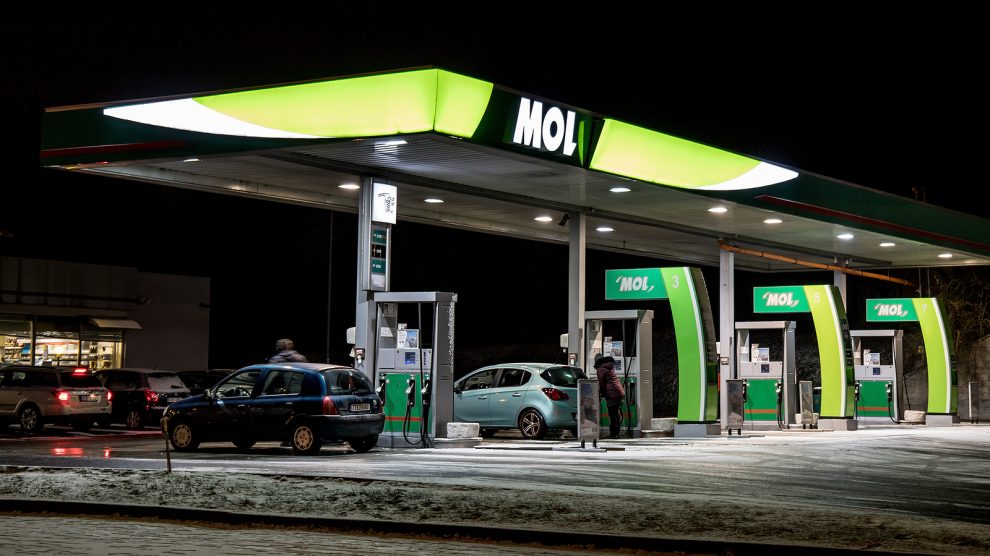 Hungary’s cap on fuel prices has done nothing to halt rampant inflation while causing shortages and angering the EU. Nevertheless, PM Viktor Orbán is considering extending the cap into next year.

When Hungary last year introduced a cap on fuel prices, it was ostensibly intended to be a temporary measure strictly designed to control inflation.

The move came just months ahead of a parliamentary election, at a time when the country’s prime minister, Viktor Orbán, was keen to demonstrate that he was taking concrete steps to shield Hungarians from rising living costs.

The cap, set at 480 forints per litre (around 1.18 euros), was seen as a quick, easy, popular fix, although its impact on inflation has been minimal.

While inflation initially steadied in November and December of last year, at 7.4 per cent, it began rising again in January and has been increasing ever since: last month’s rate of 21.1 per cent was the highest in Hungary since 1996, despite the price cap on fuel still being in place.

The International Monetary Fund (IMF) has labelled the cap “ineffective” and responsible for “widening economic imbalances”, suggesting that it disproportionately benefits the wealthy and that unless it is lifted, it may lead to shortages.

Only last week drivers in Budapest reported that price-capped fuel was unavailable at several filling stations in the capital while MOL, the country’s largest oil and gas company which has long opposed the cap, was forced to halt deliveries of petrol to independent retailers, citing shortages.

“Price caps always and forever are wrong, because they attack the manifestation of inflation – price rises – rather than what is behind them, be it profligate monetary policy, rampant government spending, or both,” says Christopher Hartwell, professor of international business policy at the Zurich University of Applied Sciences (ZHAW) School of Management and Law.

“In addition to being distortionary, they don’t work, as Hungary’s example amply proves. Only a fool would point to inflation of 21.1 per cent in October 2022 and think, ‘wow, how much worse it could have been without the fuel price caps.’”

The price cap lives on, however. Indeed, introduced last November (“for three months”, according to Orbán) the cap could well be extended into next year (its current term expires on December 31) despite making little economic sense and despite angering the European Union.

In July, the EU launched a probe against Hungary after it narrowed the scope of the price cap to vehicles with Hungarian-license plates only. Unsurprisingly, what had become the cheapest fuel in the EU had begun luring foreign drivers.

“Acting unilaterally at national level and introducing discriminatory treatment goes against the principles of free movement in the single market,” the EU said.

Besides prolonging an increasingly indefensible policy, extending the price cap into next year would further anger the EU at a time when Brussels is mulling whether or not to unblock billions of euros in funding for Hungary that has been withheld due to Budapest’s failings over democratic checks and balances.

The European Commission has so far blocked 5.8 billion euros earmarked for Hungary from the bloc’s Recovery and Resilience Fund to help economies cope with the fallout from the Covid-19 pandemic, citing damage to judicial independence.

In September, it also recommended suspending a further 7.5 billion euros, or 65 per cent of development funds envisaged for Hungary in the coming years, over corruption. Combined, the funding adds up to more than 10 per cent of Hungary’s estimated GDP for 2022.

On November 30, the Commission said that Hungary “has not progressed enough in its reforms” for the money to be unblocked, and while it did finally approve Budapest’s Recovery and Resilience Plan, it said “no money will flow” until it implements reforms to bolster judicial independence and tackle corruption.

EU finance ministers will have the final word when they meet in Brussels on December 6.

The EU continues to have significant financial leverage over Hungary, according to Jakob Suwalski, director, sovereign and public sector at Scope Ratings.

Even more worrying for Hungary, suggests Suwalski, is that the EU recovery and resilience funding is “crucial” for the government’s planned investments this year on which Hungary’s economic growth depends.

“As Hungary has not secured EU funds so far, the government has had to cancel investments,” he adds. “This intensifies the risk of a recession. Tapping capital markets as an alternative is one option, but a costly one as interest rates have risen. The delay in receiving EU funds has put more pressure on the country’s public and external finances already strained by rising energy costs and other repercussions of Russia’s war in Ukraine.”

The war in Ukraine

Ultimately, Hungary’s ability to maintain the fuel price cap relies on Russian oil continuing to flow to its refineries. A Hungarian government spokesperson confirmed as much last week, telling the news agency Reuters that, “we can only maintain this measure if oil shipments from Russia arrive without disruptions”.

Hungary has continued to purchase both oil and gas from Russia despite Moscow’s invasion of Ukraine and initially opposed the imposition of a price cap on seaborne Russian oil sales, even though the cap (which looks set to be a relatively high 60 US dollars a barrel, far higher than what Poland and the Baltic states wanted) will not apply to pipeline deliveries – Hungary receives Russian oil exclusively through pipelines.

“Hungary finds itself increasingly isolated politically within the EU, as the previous commonality of interest on many issues in Warsaw and Budapest has been overshadowed by the Russia-Ukraine war,” says Scope’s Suwalski. “Poland’s pivotal role in helping defend Ukraine contrasts with Hungary’s ambivalence.”