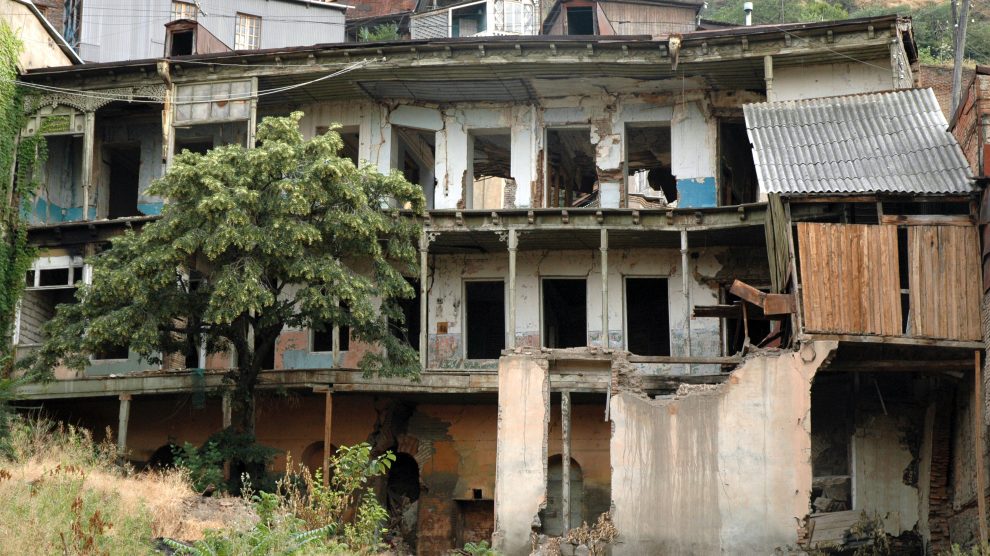 Dozens of Armenians remain in Azerbaijani captivity following the recent fighting in Nagorno-Karabakh, with Baku refusing to recognise them as prisoners of war. The testimony of POWs who have been released has raised fears for their plight.

An investigation by Human Rights Watch has revealed further evidence of human rights abuses committed against Armenian prisoners of war (POWs) in Azerbaijani captivity, further straining the implementation of the November 10 ceasefire between the two countries, which ended six weeks of fighting in the disputed region of Nagorno-Karabakh.

The report, released on March 19, contains interviews with four Armenian servicemen who had been captured by Azerbaijani forces during the fighting, which began on September 27 last year, when Azerbaijan launched a full-scale offensive against the breakaway region, securing a decisive victory before the signing of a Russian-brokered ceasefire.

The servicemen had been held until December 14, when they were repatriated by Azerbaijani authorities, as per point eight of the ceasefire agreement.

Populated primarily by ethnic Armenians but falling within Azerbaijan’s internationally-recognised boundaries, until the most recent conflict Nagorno-Karabakh had been a de facto self-governing territory, with strong ties to Armenia, since 1994.

A war between 1991 and 1994 resulted in mass displacement and loss of life on both sides (around 700,000 Azerbaijanis and 235,000 Armenians were forced to leave their homes and almost 25,000 people died). A ceasefire established in 1994 under the auspices of the Organisation for Security and Co-operation in Europe (OSCE) laid the framework for decades-long negotiation between Armenia and Azerbaijan seeking a peaceful resolution of the Nagorno-Karabakh issue.

Nevertheless, regular skirmishes occurred, the most serious flare-up coming in 2017, and no peaceful resolution was reached.

To enforce the latest ceasefire, around 2,000 Russian peacekeepers have been deployed to the region.

Under the terms of that ceasefire, Azerbaijan has so far released 69 Armenian civilians and military personnel who had been detained.

Although the Azerbaijani president, Ilham Aliyev, claims that his country has released all POWs, the Armenian government disputes this. At the end of February, Armenia’s Representative Office at the European Court of Human Rights announced that it had filed 240 cases regarding POWs and civilian detainees. It claims that 90 per cent of these cases are backed by video and/or photo evidence which confirms that the people in question were in Azerbaijani captivity.

While the Azerbaijani government admits that it still holds 62 Armenian military personnel captured in skirmishes which occurred in mid-December, more than a month after the ceasefire had been signed, it designates these people as “members of a sabotage-terrorist group, sent by Armenia to the territory of Azerbaijan” who “in no case can be considered prisoners of war”.

Under international humanitarian law, POWs are protected from legal prosecution by the state that captures them. Designating the Armenians captured mid-December as “terrorists” allows for their prosecution.

The latest report by Human Rights Watch exacerbates fears that the remaining Armenians captive in Azerbaijan will face human rights abuses similar to those experienced by the four POW’s the organisation interviewed.

All four soldiers interviewed had been captured after being wounded. Two had said that upon being captured, higher-ranking Azerbaijani officers treated their wounds, gave them water and told the soldiers not to mistreat them.

However, all four reported that when not in the presence of officers or medical staff, torture would begin at the hands of rank and file Azerbaijani soldiers. One captive, 19-year-old Davit, claimed that he had his hands burned with a jet lighter and was prodded with heated metal rods.

Three of the four interviewees had also been held by Azerbaijani military police in Baku, and later by the National Security Ministry. There, they reported they were tortured with electric shocks and forced to give statements criticising the Armenian government and claiming that Nagorno-Karabakh is rightfully Azerbaijani land.

One of the captives also claimed that he and other POWs had been regularly beaten by the guards tasked with watching over them. He noted that these beatings increased in frequency and intensity following indiscriminate shellings of Azerbaijani cities by Armenian artillery, which had led to dozens of civilian deaths.

“The abuse, including torture of detained Armenian soldiers, is abhorrent and a war crime,” says Hugh Williamson, the country director for Europe and Central Asia at Human Rights Watch. “It is also deeply disturbing that a number of missing Armenian soldiers were last seen in Azerbaijan’s custody and it has failed to account for them.”

Such abuses of POWs is in direct violation of the Third Geneva Convention, in particular Articles 13, 14 and 17.

There have also been reports, including photo and video evidence, of other abuses by Azerbaijani forces. These include beheadings, mutilations of dead bodies, executions of surrendering soldiers and humiliation of captives.

Armenian forces have also been caught filming themselves committing human rights violations, such as the desecration of dead bodies.

Armenian artillery conducted five separate strikes on Ganja, Azerbaijan’s second biggest city, which lies nearly 100 kilometres from the conflict zone. As many as 33 civilians were killed in these strikes. Amnesty International has reported that the Armenian military used internationally-banned cluster munitions on the towns of Barda and Qarayusufi, killing another 34 civilians.

In a region no stranger to brutal conflict, the most recent war was particularly ugly, making the prosecution of human rights abusers on on both sides necessary.

However, with jingoistic sentiment still burning in both countries, there is little realistic hope that either side can be trusted to investigate its own security forces. The continued standoff over POW exchanges makes this possibility ever more remote.

Furthermore, Armenia’s prime minister, Nikol Pashinyan, has come under increasing public pressure after being held responsible for his country’s heavy defeat. This makes it more difficult for the Armenian government to pursue diplomatic means to resolve the outstanding issues raised by the conflict – such moves would only strengthen the public’s perception of Pashinyan as a “traitor”.

The Armenian government is expected to be even more abrasive in light of Pashinyan’s decision to hold a snap parliamentary election in June.

Uncertainty over both the future of Nagorno-Karabakh and its inhabitants, as well the fate of those Armenians who are still held in Azerbaijan, will continue.

In Belarus, a new push for freedom
Poland’s president is no moron, but the law is an ass
Comment