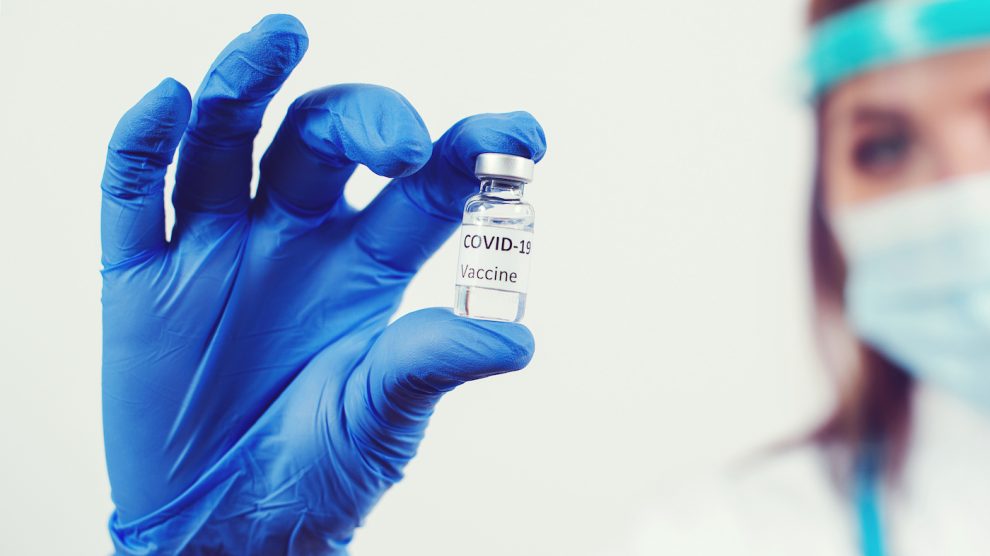 The European Union has met its 70 per cent Covid-19 vaccination target. But the rise of anti-vaccine conspiracy theories has ensured that vaccination rates in all emerging European nations remain below the EU average.

In May, Věra Jourová, vice-president of the European Commission, announced the EU’s ambitious plan to address the spread of disinformation online by asking social media giants to introduce more through fact-checking tools and algorithm changes.

It said that the new social media code would only be voluntary, but it would go hand-in-hand with an also upcoming digital services act, which could see social media companies fined up to six per cent of their annual revenue if they did not act upon content proven to be harmful – a tough stance on platforms, largely inspired by the dire need to address the rapid increase of anti-vaccine conspiracies throughout a high number of social media spaces.

“We see a very massive anti-vaccination campaign, which can really hinder our efforts to get people vaccinated and to get rid of Covid,” Jourová said.

Maria Chayinska, a researcher in social psychology at the Pontifical Catholic University of Chile, has an explanation.

“People who are exposed to a large amount of misleading and false information about the virus, especially on social media, and discuss news mostly within their echo-chambers, will be more likely to endorse conspiracy theories because then it is not merely response to their perceived anxiety but a normative group behaviour,” she tells Emerging Europe

The brain of an anti-vaxxer

“In Ukraine, there are still many false narratives circulating in the media that decrease people’s willingness to comply with public health guidance, for example regarding wearing masks, maintaining social distancing, etc., and make them less likely to recommend vaccination to vulnerable people in their social circle,” says Chayinska.

In the early days of the pandemic, Chayinska conducted a study on conspiracy beliefs and distrust of science in Ukraine, Germany and Turkey, together with colleagues from the two countries.

The study included a community-based sample of 390 Ukrainians who strongly endorse two different groups of conspiracy theories. The findings further suggest a high likelihood of risky social behaviour amongst conspiracists.

The other group of Covid-19-related beliefs centred around the idea that an individual or an organisation manufactured the virus in order to get a profit.

Daniel Jolley, a Northumbria University professor who focuses on researching the psychology of conspiracy theories, tells Emerging Europe that while the rise of vaccine scepticism in the region is undoubtedly a public health hazard, it is not unique nor unusual.

“Conspiracy theories can flourish in times of societal crisis – from rapid political change to a virus outbreak. Such events breed feelings of anxiety and threat. A conspiracy theory that points the finger at a powerful hidden group provides a simple answer to what is often a complex problem. This could breed the view that something sinister is happening with vaccines – such as the dangers of vaccines being hidden due to profits,” Jolley argues.

According to estimates by the World Health Organisation, 11 per 100 people in Ukraine have been administered a vaccination against Covid-19.

Poland performs significantly better in terms of vaccination uptake, 58.5 per cent have received at least one shot of the vaccine. However, even there, anti-vax conspiracies appear to be in an upswing.

This week, local media reported a physical attack on a vaccination point it in the town of Grodzisk Mazowiecki committed by anti-vaccine conspiracies.

The head of the Polish Chamber of Physicians and Dentists, Andrzej Matyja, also informed the public of cases where doctors and hospitals have also been attacked by those opposing vaccination.

Aleksandra Cichocka, a psychology researcher at the University of Kent, argues that anti-vaccine attitudes in Poland are not so much caused by fear, but a symptom of the nationalistic sentiments present throughout the country.

“Our research shows that one factor closely linked to conspiracy beliefs, including those about vaccines, is so-called collective narcissism. It is a belief that one’s nation is exceptional and entitled to special treatment by others. Collective narcissists are convinced that others do not appreciate their nation enough and even purposefully seek to undermine it, for instance, by conspiring against it,” Cichocka tells Emerging Europe.

Since the outbreak of the Covid-19 pandemic, Cichoka has completed a series of studies on Polish society, alongside colleagues in Warsaw, Aleksandra Cislak and Adrian Dominik Wojcik, as well as Taciano L. Milfont, who is based at the University of Waikato, New Zealand.

“We indeed found that collective narcissism was associated with beliefs in conspiracy theories claiming that large pharmaceutical companies, together with researchers and scientists, are colluding to cover up the negative effects of vaccines. Further, conspiracy beliefs explained the association between collective narcissism and vaccination hesitancy,” she further adds.

“In the context of anti-vaccination movements, those who hold a narcissistic view of the nation might want to show their resistance from high-status groups, such as scientists or pharmaceutical corporations. This could be a way of maintaining an image of a strong, independent nation that is not gullible and will not let others dictate what to do,” argue the groups of researchers.

“Anti-vaccine conspiracy theories seem to have become prominent again since the famous case of the retracted paper by Andrew Wakefield, which linked the Measles, Mumps, Rubella vaccine to autism based on fraudulent research,” Professor of Social Psychology at the University of Kent, Karen Douglas, tells Emerging Europe.

She refers to a 1998 paper that created a wave of anti-vaccine views in the West, which eventually found their way to other parts of the world, including Ukraine.

According to one report published in 2019 by the UK’s Wellcome Trust, based on the attitudes of 140,000 people from 140 countries, close to 50 per cent of Ukrainians did not believe that routine vaccination works.

In 2016, healthcare authorities in Ukraine reported that only half of the babies and children in the country had received their routine vaccination against diseases such as measles, mumps, polio, tetanus and whooping cough.

On July 27, the EU announced that its target of 70 per cent of EU adults having received at least one vaccination has been reached. Meanwhile, the majority of emerging European nations are falling behind their Western counterparts.

According to the European Centre for Disease Prevention and Control, as of July 29, Hungary is the country closest to reaching the 70 per cent EU target, with 66.4 per cent of the population having received at least one dose. In contrast, Bulgaria has one of the lowest vaccination rates in the European Union — only 18.8 per cent have received one shot of the vaccine. And Ukraine has the lowest vaccination rate across the 23 countries of the emerging Europe region – 7.66 per cent, according to Our World in Data.

According to the World Health Organisation, vaccination rates of at least 97 per cent are necessary for herd immunity to take place, but with anti-vaccine conspiracies on the rise even in regional vaccination leaders, the prospect of Covid-19 fully disappearing from the region appears bleak.