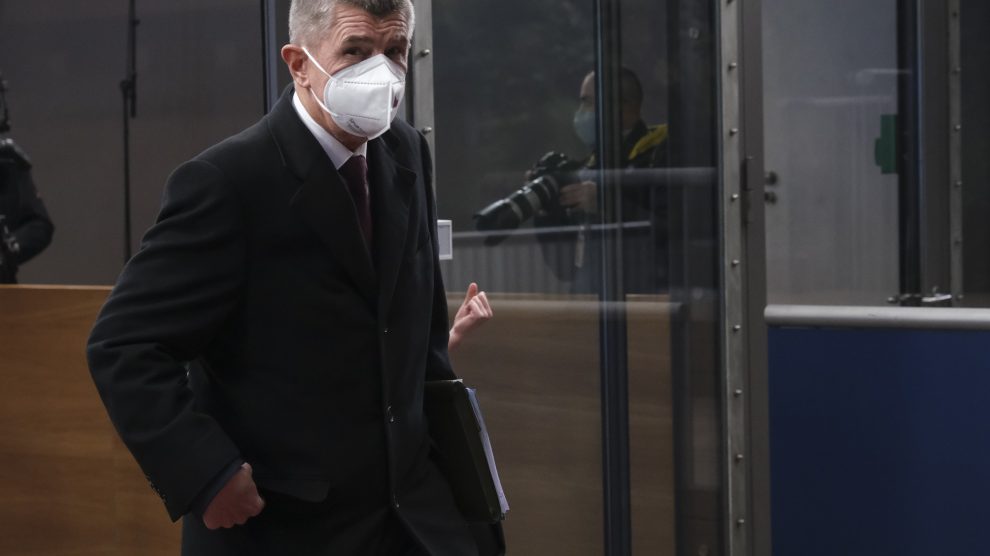 Pandora Papers revelations that Czech Prime Minister Andrej Babiš put 22 million US dollars into shell companies to buy 16 properties in southern France, including a chateau, appear to have cost him a new term in office.

When the findings of the International Consortium of Investigative Journalists, dubbed the Pandora Papers, last week revealed that Czech Prime Minister Andrej Babiš had in 2009 put 22 million US dollars into shell companies to buy a vast portfolio of property in France, the billionaire appeared unmoved.

“I don’t own any property in France,” he said, denying any wrongdoing.

“These are nasty, false accusations that are meant to influence the election. That’s all.”

The election in question was a parliamentary vote held on October 8 and 9 that Babiš’s ANO party was expected to win: it held a five per cent lead in most opinion polls.

Instead, the result was a surprise. A coalition of three parties, comprising the conservative Civic Democrats, the Christian Democrats and the liberal TOP 09 party — known as Spolu (Together) – took 27.8 per cent of the vote, narrowly ahead of ANO on 27.1 per cent.

Another coalition group, made up of the Pirate party and STAN — a group of mayors and independent candidates — came third with 15.6 per cent.

The Pandora Papers revelations appear to have played a role.

In a snap poll taken shortly after polling stations closed, eight per cent of those who did not vote for ANO said that they had planned to do so until the Pandora Papers leaks changed their mind.

A country in limbo

Czechia’s electoral system however means that ANO will remain the largest party in parliament, with 72 of parliament’s 200 seats, ahead of Spolu’s 71. The coalition of Pirates and STAN will have 37 MPs.

Prior to the election, Czech President Miloš Zeman had made it clear that he would ask the leader of the largest party to form the next government.

On October 10, however, shortly before he was set to hold talks with Babiš, the 77-year-old Zeman was taken into intensive care.

“The reason for his hospitalisation is complications from illnesses for which he has been receiving treatment,” doctor Miroslav Zavoral said in a brief statement to the press, who added that he could not talk about the prognosis.

Zeman spent eight days in hospital in September while being treated for exhaustion and dehydration. While his latest health issues leave the country in limbo – no arrangements appear to have been made for anyone else to take the reins in his absence – the chances of Babiš clinging on to power look slim.

Both of his erstwhile coalition partners, the Social Democrats and the Communists, failed to make the five per cent threshold required to take seats in parliament, leaving him without any allies.

The far right SPD, which could have propped up Babiš, performed worse than expected and took just 20 seats. An alliance of ANO and the SPD would be nine seats short of a majority.

A majority in waiting

Spolu and STAN meanwhile together have 108 seats, and shortly after the results were announced the two coalitions said that they had signed a memorandum of understanding to work together.

“The two democratic groups have gained a majority and have a chance to form a majority government,” said Petr Fiala, Spolu’s leader and its candidate for prime minister.

Fiala’s formal nomination as PM could take some time, however, depending on both Zeman’s health and whether or not the president – should he recover – decide to back Babiš despite the PM having little chance of forming a government.

Following Czechia’s previous general election in 2017, it took more than nine months for a new government to be formed.

Czechs will be hoping that things move a little quicker this time around.