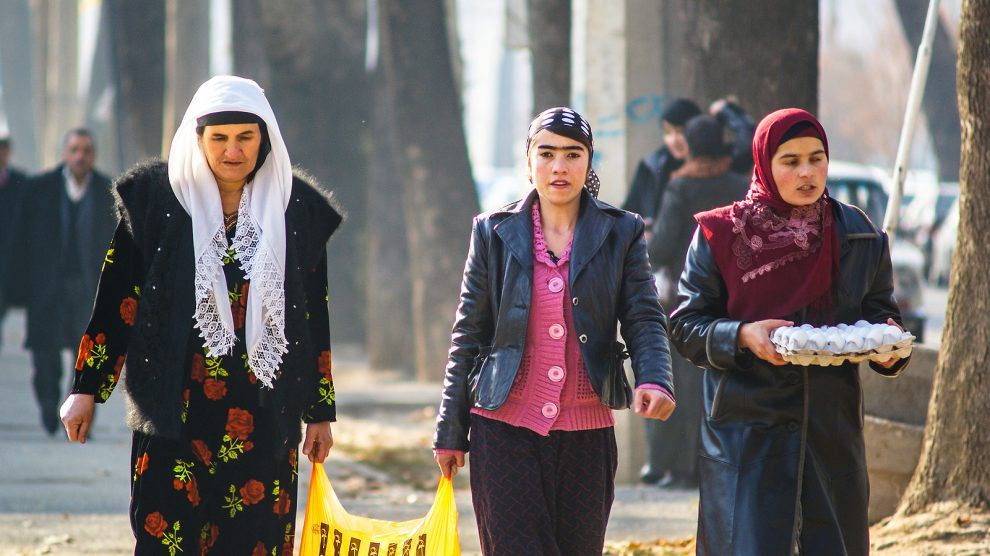 It has been a decade since Tajikistan ceded part of its territory to China in lieu of loan repayments. Is history about to repeat itself?

In 2011 Tajikistan offered China 1,158 square kilometres of territory – in the remote Pamir mountain range – in exchange for Beijing writing off the country’s already mounting debt.

At the time, analysts blamed Chinese “debt-trap diplomacy”, a method of finding payment alternatives when countries are short of money to pay back loans, although both sides claimed that the deal was nothing more than the settlement of a century-old border dispute.

What’s more, the Tajik government is now claiming that without new loans, the implementation of development projects essential for the modernisation of the country’s economy will be impossible.

China is often criticised for using investment loans in a predatory manner, in order to gain political influence.

Some scholars have referred to the practice as a new version of colonialism, as countries which cannot afford to pay back their excessive loans to Beijing have to look for alternative methods of payment.

The land that Tajikistan ceded to China in 2011 is but one example.

“Some believe China engages in ‘debt-trap diplomacy’ through the Belt and Road Initiative (BRI), ensnaring developing countries with debt dependence and then translating that dependence into geopolitical influence,” says Paul Haenle, director of the Carnegie-Tsinghua Centre.

However, the true extent of Chinese debt-trap diplomacy is highly debated.

It has been suggested for example that although excessive national debt makes countries vulnerable to Chinese influence, but a lion’s share of the blame should be directed toward recipients, such as the Tajik government, and not the lender.

Indeed, while Dushanbe has been enthusiastic about strengthening its ties with China, it is difficult to ascribe Tajikistan’s skyrocketing debt to Beijing and any predatory interests it might have.

On the contrary even, for more than a decade, the Tajik government has seen the BRI as a lifeline for its stumbling economy and poor infrastructure.

“Debt to China has risen to around half of Tajikistan’s external debt,” says Edward Lemon, a research assistant professor at Texas A&M University. “Tajikistan has been labelled a country vulnerable to debt distress.”

“This undoubtedly gives China leverage over Tajikistan, allowing it to increase its security presence in the country (it opened a small facility in 2016) and win mining rights. But I don’t use the term debt-trap myself as it indicates there is a master plan to ensnare countries, which I don’t think we have sufficient evidence for,” he explains.

Nevertheless, China is interested in deepening its linkage with Tajikistan as the country is geopolitically important for the implementation of the BRI project, as well as its proximity to the Xinjiang region.

“As a BRI transit country, [Tajikistan] is not as important as Kazakhstan,” Lemon tells Emerging Europe. “It does not provide oil as Kazakhstan does, or gas like Turkmenistan. But one area in which China is particularly interested is security. Given Tajikistan has a 1,344 km border with Afghanistan, Beijing is concerned that the country could be a transit state for Uyghur militants to attack China.”

It has been three decades since Tajikistan gained independence from the Soviet Union, a period in which the country has been perennially struggling to stabilise its economy.

Today, Tajikistan remains one of the poorest states in Asia as well as the former Soviet space.

Many of the country’s woes date back to 1992, when a five-year civil war broke out, resulting in the deaths of thousands and creating around one million internally displaced people.

During the devastating war, one of the main objectives of the opposing sides was to seize control over the Tajikistan Aluminium Company (Talco), one of the country’s largest exporters.

When a United Nations-sponsored armistice finally ended the war in 1997, incumbent president Emomali Rahmon – he had been elected in a rigged vote in 1994 – was able to cement his position and soon began consolidating control over both the state and its main businesses.

Rahmon, a former collective farm boss, has dominated Tajik politics and business ever since: in 2016 constitutional changes formally made him “the leader of the nation”, effectively allowing him to rule indefinitely.

Few businesses owned by people outside of Rahmon’s inner circle have managed to survive.

However, a high corruption rate has made foreign investment bittersweet for the Central Asian country. While it has been at least a partial remedy for Dushanbe’s stumbling economy, it has posed a threat to its territorial integrity at the same time.

According to Lemon, this Chinese foreign investment has brought some benefits, such as a new road between the two largest cities, Dushanbe and Khujand, which more than halved the time it takes to drive between the cities, and new hydroelectric plants.

However, Lemon believes that the main beneficiary of foreign investment in Tajikistan has been “the ruling elite, in particular the president’s family, which has made millions of [US] dollars”.

In January, China allowed Tajikistan – hit hard by Covid-19, mainly as a result of a drop in remittances, which in 2019 accounted for almost a third of GDP – to suspend debt repayments, but no details were given about new terms. In 2020, it had managed to repay 30 million US dollars to China’s Export-Import Bank (Eximbank), just 2.5 per cent of Tajikistan’s total debt to Beijing.

A recovery in remittances should see the Tajik economy rebound this year: according to the World Bank’s latest forecast, Tajikistan’s economy may grow by six per cent in 2021. Robust, albeit lower than the 7.4 per cent growth seen in 2019.

It is far from certain, however, that such estimates are a useful metric for measuring real-world conditions, especially in a rapidly changing environment and a country whose economy is so reliant on one foreign partner.

Ten years ago, heavily indebted to Beijing, Dushanbe had to hand over territory. Might it have to do so again?

According to Lemon, China is certainly in a position to further erode Tajikistan’s sovereignty, “taking a greater role in border security, conducting joint raids on Uyghurs living in the country. and winning lengthy exploration rights for mines in the country”.

“This concerns many people in a country where Sinophobia is relatively widespread. But given that Tajikistan is so authoritarian, Sinophobia rarely manifests itself in public,” he says.

Regardless, China is increasingly Tajikistan’s main economic partner. It may soon become its sole partner. That does not bode well for the country’s future as an independent state.