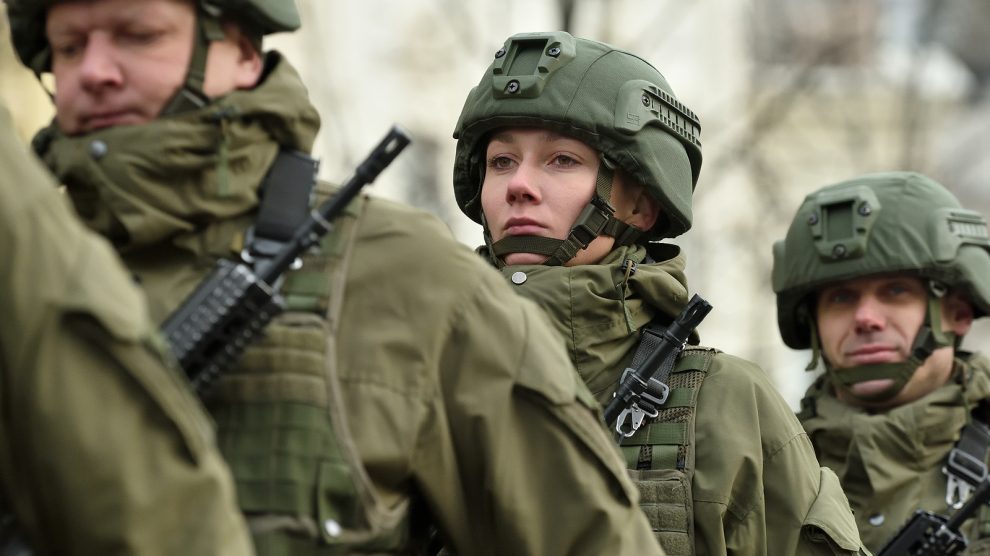 Lithuania is set to increase defence spending to 1.9 billion US dollars by 2026, a new report reveals.

The threat of Russian hostility and ongoing military activity on the Belarusian border is driving Lithuania to increase its defence military spend over the next five years to reach 1.9 billion US dollars by 2026, a compound annual growth rate of 7.26 per cent, according to leading data and analytics company GlobalData.

GlobalData’s latest report, Lithuanian Defence Market – Attractiveness, Competitive Landscape and Forecasts to 2026, reveals that this sum will largely be spent on a modernisation programme aimed to resist a potential incursion or hold off enemy forces, until support from NATO members can arrive.

William Davies, associate aerospace and defence analyst at GlobalData, says that Lithuania spends a higher percentage of its GDP on defence than any other European NATO ally, consistently spending over two per cent since 2018.

“This spending is due to the ever-present threat from Russian forces on the Belarusian border,” he says.

Spending is being focused on improving Lithuania’s ability to mobilise and move troops more quickly, with the purchase of Black Hawk Helicopters and 200 Oshkosh Joint Light Tactical Vehicles (JLTVs). Six Black Hawks, being bought from the US for a reported 213 million US dollars, will replace Lithuania’s ageing Russian-built Mi-8s.

“Both the JLTVs and Black Hawks will improve Lithuania’s ability to respond rapidly to a threat,” Davies continues. “The acquisition of the Black Hawks will also aid Lithuania’s ability to host ally nations, moving commanders in and out of border zones with greater ease. Russia will continue to pose a significant threat to Lithuania and any acquisition will be aimed at deterring this threat.”

Lithuania’s increased spending is in keeping with its Baltic neighbours, Estonia and Latvia. All three nations are looking towards conventional methods to deter Russian aggression with Military equipment and hosting larger NATO allies such as the US and UK.

“Despite these deterrents, Russia will continue in its efforts to disrupt the Baltic nations, more than likely through nefarious activities such as cyber attacks and dis-information campaigns,” Davies adds.

A Lithuanian government commission meanwhile said on Tuesday that an agreement signed by its state-run railway in 2018 to transport potash from sanctions-hit Belarus goes against national security interests, opening the door for the government to terminate it.

State-owned potash producer Belaruskali was sanctioned by the US in August, one year after a crackdown following a disputed presidential election which President Alexander Lukashenko said he won.

The ban on sales of potash took effect on December 8 after a four-month wind-down period, but potash continues to be transported via Lithuania.

The dispute with China began earlier this year when Lithuania upgraded diplomatic relations with Taiwan, allowing Taipei to open a representative office in Vilnius.

China has since warned multinational companies to sever ties with Lithuania or face being shut out of the Chinese market. Lithuania last week closed its Chinese embassy and withdrew diplomats from the nation amid the dispute over Taiwan, citing fears for their safety.

Chinese Foreign Ministry Spokesperson Zhao Lijian said on Monday that Lithuania had “stood on the opposite side of what is right and just. If certain people or forces in Lithuania insist on colluding with Taiwan independence separatist forces and going further down the dark path, they will eventually end up in the trashcan of history.”

Lithuania’s Ministry of Foreign Affairs was this week forced to deny suggestions that athletes from the country would boycott the Beijing 2022 Winter Olympic and Paralympic Games.

It did, however, confirm that President Gitanas Nausėda and government ministers will not attend Beijing 2022.