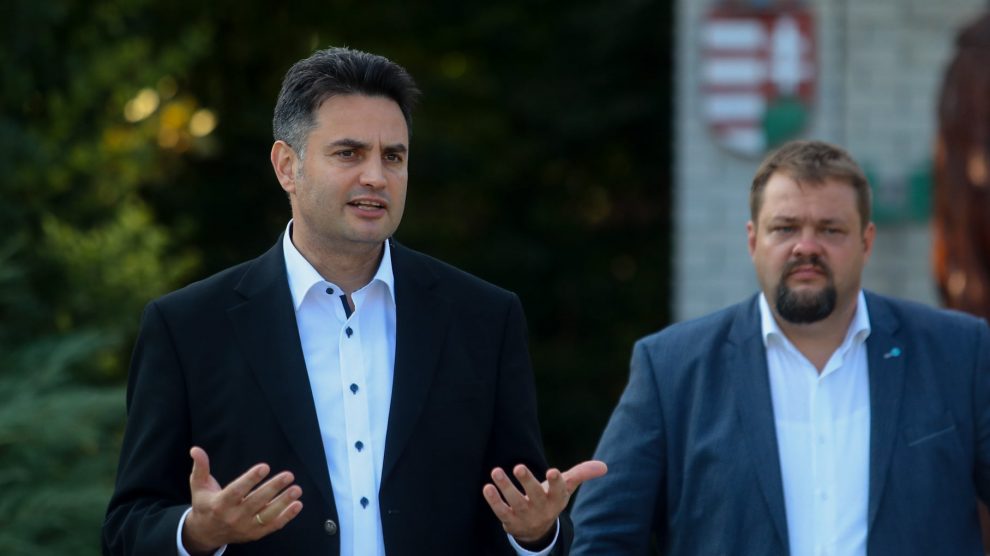 We now know the identity of the candidate Hungary’s opposition is hoping will be able to topple Prime Minister Viktor Orbán in a parliamentary election next year: Péter Márki-Zay, the mayor of Hódmezővásárhely.

A political outsider with no party affiliation, Péter Márki-Zay, the mayor of Hódmezővásárhely, a small town in southern Hungary, has won a primary election to choose the Hungarian opposition’s prime ministerial candidate ahead of a parliamentary ballot next year.

Márki-Zay won a resounding victory in a second round of primaries over his centre-left opponent, Klára Dobrev.

Dobrev immediately congratulated Márki-Zay, as did representatives of all six parties from across the political spectrum which make up Hungary’s united opposition.

Márki-Zay’s victory had been all but assured a week ago after the initial favourite, Mayor of Budapest Gergely Karácsony, pulled out of the race in order to back him.

More than 662,000 opposition supporters cast ballots in the second round of the primaries, almost 30,000 more voters than took part in the first round in September.

Hungary’s opposition first united in 2020 after reaching the conclusion that only collective candidates could defeat Viktor Orbán and his Fidesz party, which has hitherto been favoured by Hungary’s voting system in which the majority of seats in parliament are elected in single-member, first-past-the-post voting districts.

A revolution of ordinary people

Márki-Zay first came to public prominence in 2018, winning the mayoral race in Hódmezővásárhely, which has a population of just over 40,000 and was previously a Fidesz stronghold. He did so with the backing of both the centre-left Socialists and the formerly far-right Jobbik parties.

After his latest victory, he has again vowed to unite Hungarians, calling his win “a revolution of ordinary people”, and encouraging supporters of all opposition parties to get behind him going into the parliamentary elections scheduled for April.

“Unity within the opposition is vital for all of us,” he added, vowing to stamp out corruption and lead a coalition of “the clean”.

An opinion poll released at the weekend – before Márki-Zay’s victory had been confirmed – gave the united opposition a five point lead over Fidesz.

According to Anna Donáth, an MEP for the left-wing Momentum party, one of the six parties that makes up the united opposition, the country must now “seize the moment” to bring about change.

“The only way to do that is to line up together behind our candidates and Peter Márki-Zay,” she says. “From now on it is the responsibility of all of us to unite all those who do not want to wait another four years for a fairer, humane and greener Hungary.”

While Orbán has yet to comment on Márki-Zay’s victory, his Fidesz party has already begun labelling the conservative, practising Catholic and father of seven as a “leftist”.

“If a politician has the support of the left, is elected by the left, then that’s a leftist politician. Don’t fall for it.”

Why CEE is far from enthusiastic about the prospect of an EU army
The curious case of Kaliningrad: Elsewhere in emerging Europe
Comment