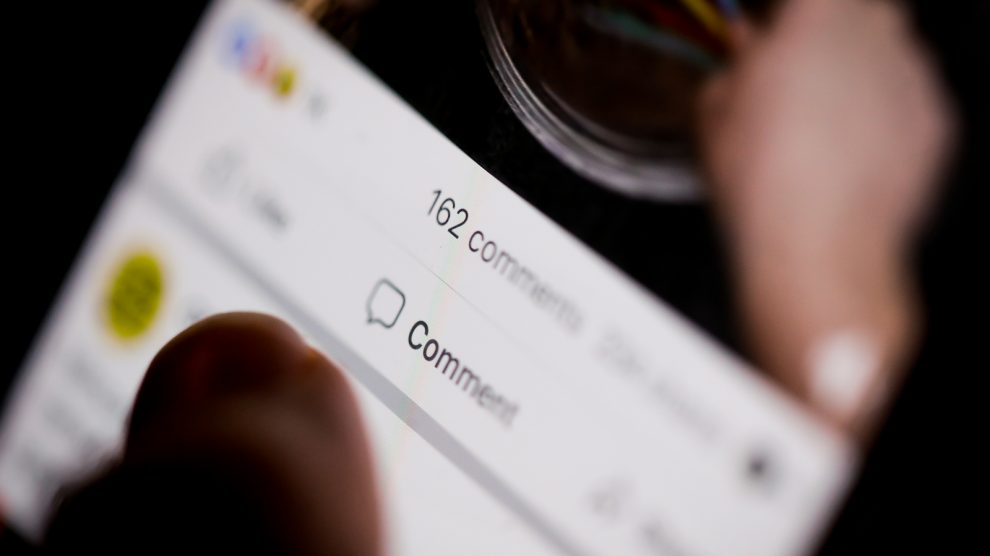 While military conflict is currently confined to the territory of Ukraine, the information war is not.

Since the Russian invasion of Ukraine began on February 24, all four of the Visegrád countries (Czechia, Hungary, Poland, Slovakia) have experienced a sharp increase in the activity of inauthentic profiles across various social media platforms.

As Russian boots and tanks ravaged Ukraine, another parallel, less visible war was unfolding in comment sections under war-related posts on social media. But while this unconventional battlefield is present in all V4 countries, its characteristics differ within the region as the level of penetration, prevalence, and state-supported dissemination of pro-Russian propaganda messages varies among them.

Our research indicates that information warfare was typically the strongest in the early days of the war, when public opinion was easier to influence due to a “first impression effect” that gradually faded as the invasion dragged on.

Crucially, the prevailing narrative has not been the same across the four countries. While in Czechia and Hungary pro-Kremlin messages clearly dominate the social media landscape (in the latter, aided by the government’s anti-Ukrainian stance, especially throughout the election campaign which concluded on April 4, while in Czechia commenter behaviour contradicts the government’s critical approach towards Russia), suspicious Polish commenters posed as anti-Russian keyboard warriors.

Despite this projected image, however, these commenters sought to sow discord and increase tension domestically with attacks on Polish political leaders and the country’s allies – an inherently contradictory behaviour as Poland reinforced its role as a country of immense geostrategic importance within both the EU and NATO with its staunchly pro-Ukrainian policies.

Slovakia, by contrast, boasts the most pro-Western social media landscape, with often repeated comments largely neutral or amplifying the US and the EU’s messaging. Moreover, Slovakia’s repetitive commenters are often proactive in condemning Russia’s military aggression, which is consistent with the Slovakian government’s public statements concerning the war in Ukraine.

Based on a number of shared characteristics and the highly similar strategy that inauthentic social media profiles use, it is reasonable to conclude that the dissemination of these narratives requires a degree of prior coordination, likely on closed Facebook or Telegram channels. Unsurprisingly, fake or bot-like profiles copy-pasting the same messages exist in all four countries, with some clear differences in their modus operandi.

First, there are likely to be professional trolls who repeat certain messages as their day job, rarely interacting with other commenters, instead relying on a strategy of carpet-bombing social media sites with their prescribed narrative.

Second, there is an army of enthusiastic commenter-activists in all V4 countries, dutifully trying to convince their audience of the absoluteness of their truths, often first shared in closed social media groups before wider publication.

Lastly, average social media users are involved in spreading repetitive narratives about the Ukrainian war as well, with sporadic inauthentic activity, resorting only to the occasional sharing and liking of repetitive posts and messages.

Regardless of the complexity, logic, or angle of repeated texts or comments, inauthentic online behaviour poses a serious threat to the media environment in all four countries. With comment sections flooded with copy-pasted texts often using provocative language, the avenues of meaningful and productive discussion are closed and users who are genuinely interested in a healthy dialogue about current events are alienated.

Regrettably, Facebook and other large social media sites appear to be unable or unwilling to curb the organised spreading of disinformation on their platforms. It is clear that the digital age requires carefully crafted, targeted policies to halt this phenomenon. And while our study sheds a light on how inauthentic profiles operate across the social media landscape in V4 countries, further research will be necessary to formulate concrete recommendations on how to counter their malicious activity.

With no end in sight for the war in Ukraine, this is an increasingly pressing challenge if we are to ensure that pro-Kremlin propaganda messages are eliminated from public discourse.

Ernő Buzás is an analyst at Sastre Consulting, a London-based intelligence firm.

Placing decarbonisation at the heart of fiscal policy can support pandemic recovery efforts in Europe
Ukraine’s IT sector remains resilient, but loses its shine
Comment