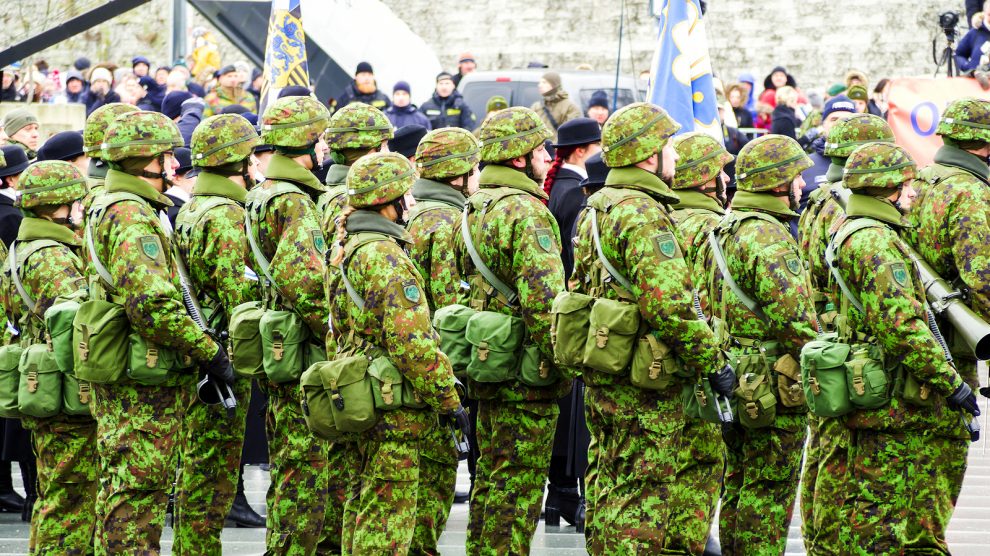 European Commission President Ursula von der Leyen recently called on the EU to increase its military capabilities, including the possibility of creating a European army. The idea has met with little enthusiasm in Central and Eastern Europe.

The rapid United States pull out from Afghanistan, which left its European allies in a vulnerable position on the ground, as well as the recent AUKUS submarine deal between the US, UK and Australia that left France out in the cold, have once again placed the topic of an EU-wide defence force high on the European political agenda.

This time, however, there is a marked difference in attitudes towards pan-European military co-operation when compared with 2016, at the height of the so-called European migrant crisis, when Czechia and Hungary were at the forefront of calls for the establishment of an EU army.

Now, the countries of Central and Eastern Europe are far less keen.

“The Hungarian government in general supports the idea of a strong(er) Europe with more crisis management and defence capabilities, and the strengthening of strategic autonomy to be able to adequately respond to external challenges, both military and non-military,” Tamás Csiki Varga, defence policy analyst at the Budapest Centre for Strategic and Defence Studies, tells Emerging Europe.

However, according to Varga, Hungary’s outlook has been transformed by its government’s increasing reluctance to transfer more power to EU bodies.

“The Hungarian government pushes for a Europe of strong nation states, not for deeper integration and the creation of a more federalised EU in the future,” he explains. “This makes a heavy impact on the practical realisation of more intense defence cooperation, because this position would more likely yield ad-hoc cooperation frameworks, like France’s E2I – in which Hungary is not yet a partner, not structured EU-driven cooperation regarding operational capabilities, planning, and decision-making.”

Varga acknowledges that the Hungarian position is “somewhat contradictory”, as Budapest simultaneously welcomes more intense defence cooperation among European countries, and is actively part of initiatives and processes supporting this endeavour, such as the Permanent Structured Cooperation (PESCO), the Coordinated Annual Review on Defence (CARD), and the European Defence Fund (EDF).

Meanwhile, “the Hungarian government does not support introducing qualified majority voting procedures to new areas of the Common Security and Defence Policy (CSDP)”, as this would require “deeper integration, decreasing the influence of smaller member states,” Varga argues.

The Hungarian public meanwhile seems to be at odds with the incumbent government.

A 2019 public opinion poll conducted by the Budapest Centre for Strategic and Defence Studies showed that 65.2 per cent of Hungarians are strongly in favour of the establishment of joint European military structures, with 53.4 per cent saying that  such structures would be acceptable even if it meant delegating more competences to the EU.

In the Baltic states and in Poland, where the Russian threat is arguably most severe, government policy and public opinion are broadly in tandem.

“There is not much excitement about a European army, because such a military union implies the development of strategic autonomy away from the United States or not involving the United States,” Stefano Braghiroli, a professor at the Johan Skytte Institute of Political Studies at the University of Tartu in Estonia tells Emerging Europe.

According to Braghroli, when it comes to the Baltics, there are two main reasons that explain the widespread scepticism towards a military union that does not involve the United States.

“The US has traditionally been the strongest supporter of Baltic independence,” he says. “The US was not only amongst the first countries to recognise their independence but to also play a key role in their re-emergence on the map of Europe and their admission into NATO. Furthermore, the EU has never been seen by the Baltic states (nor by other eastern member states) as a military alliance.”

Similar perspectives are common amongst the general population, according to Bragholi, and he points out that the US is still seen as the only global power willing to take risks in order to protect the three countries, citing then President Barack Obama’s remarks on his 2014 visit to Estonia: “First, we will defend our NATO allies, and that means every ally. Because the defence of Tallinn and Riga and Vilnius is just as important as the defence of Berlin and Paris and London.”

“Here in the Baltic states, when people hear about a European army, there is also an understanding that if we look at Europe today, it really is quite difficult to imagine a continent that can sustain itself militarily, in terms of security,” he says.

“Then there are the many different sensibilities within the EU. Some member states are more open towards Russia while others are more confrontational. Europeans are generally more cautious when taking a stance on security.”

While the prospect of an EU army is once again on the agenda, details of what such a military organisation would look like remain unclear.

While some have suggested an autonomous European military force, others want closer military cooperation between members within the existing framework of NATO.

“Recent debates suggest that the EU should be developing autonomous military capabilities that will be part of transatlantic structures but also capable of acting alone when needed. The problem with this arises from the fact that everything in defence is decided through unanimity, which is close to impossible to achieve in the context of the EU,” argues Bragholi.

Even if the EU is somehow able to improve its ability to reach unanimity in decision making, the Baltic states at least are likely to remain sceptical.

“The fear in Estonia and the rest of the Baltics is that if the EU gives a signal to the US that it can, in a way, do away without it, then considering the shift in focus towards China and the Pacific region, and away from European affairs, the US might take further steps away from Europe if it perceives the continent as being able to securitise itself,” concludes Bragholi.