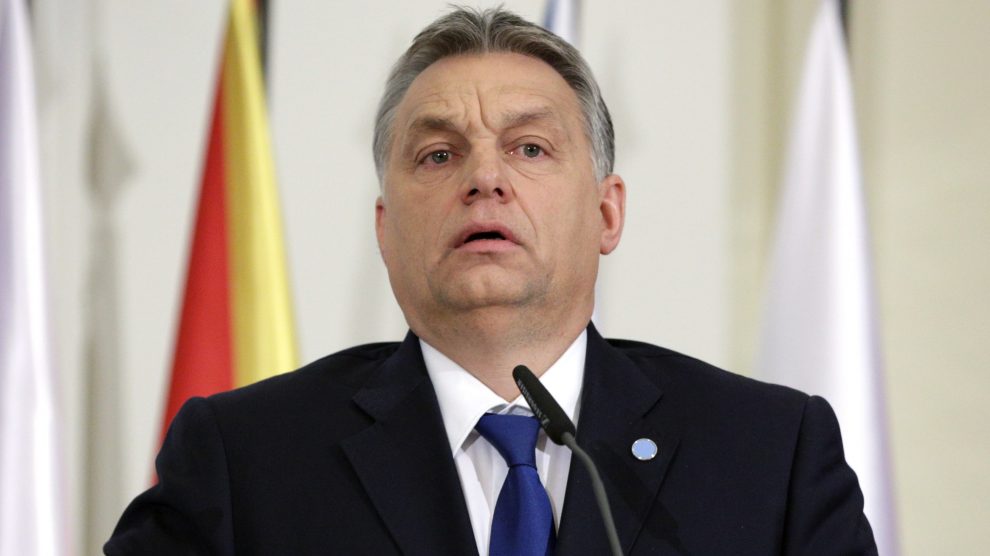 Child sex abuse within families or the Catholic Church is usually a taboo subject in Hungary. Pedophilia is an import from a degenerating West, government supporters say, as the ruling Fidesz party rolls out a new law its critics say wrongly targets LGBT+ people and misses real issues of child abuse.

To an international chorus of alarm, the Hungarian government last week passed a law that bans content aimed at the under-18s which is deemed by the authorities to “promote” homosexuality, be it in schools, on TV or advertisements.

Foreign Minister Péter Szijjártó has said the law was only aimed at pedophiles. “The law protects the children in a way that it makes it an exclusive right of parents to educate their kids regarding sexual orientation until the age of 18,” he said. “This law doesn’t say anything about the sexual orientation of adults.”

“We will not apologise for protecting our children,” added State Secretary Zoltán Kovács, who is responsible for government propaganda abroad.

The law’s critics however say it will further alienate and isolate an already beleaguered LGBT+ community in Hungary, while also pushing Budapest further towards the “illiberal democracy” its prime minister, Viktor Orbán, has long said he wants to create.

There is no similar law anywhere in the EU that is so hostile to lesbians, gays, bisexuals and transgender people, Luca Dudits, an executive board member with the Háttér Society, a Budapest-based LGBT rights group, told The Associated Press.

President of the European Commission Ursula von der Leyen said she would use all her powers to force Hungary to reverse the law.

“This Hungarian bill is a shame,” von der Leyen said in a statement. “This bill clearly discriminates against people based on their sexual orientation. It goes against the fundamental values of the European Union: human dignity, equality and respect for human rights.”

Some have called the new law a cynical move to shore up support for Orbán’s ruling Fidesz’s party ahead of parliamentary elections in 2022. Opinion polls indicate that a newly united opposition is now running neck and neck with Fidesz.

During Europe’s refugee crisis of 2015, surveys showed that about 60 per cent of Hungarians by and large shared the government’s hardline stance on refugees.

The same now seems to apply to ‘gender’. European Social Survey data show that public opinion in Central and Eastern Europe is far more negative towards the issue than in Western Europe.

“During the pandemic it has become clear that when the government needs a popularity boost or just some distraction, they propose something homophobic, because their voters can relate to it,” Péter Urfi, a journalist who has written widely on sexual abuse in the church in Hungary, tells Emerging Europe.

Interestingly however, Hungarians are much less religious than Poles and proposals to limit abortion rights have gained little traction. The government has therefore needed to narrow its ‘gender ideology’ campaign to sexual minorities.

The first likely target of the new law is Budapest’s Pride March, scheduled for late July, which the authorities may now try to ban. Some believe this was the reason for parliament’s haste in voting through the bill.

‘Anti-gender ideology’ as a political weapon

In May, Poland and Hungary joined forces to seek the removal of the phrase “gender equality” from a declaration on advancing social cohesion in the EU.

The term “társadalmi nem” (social sex) exists in Hungarian, but the word “gender” does not. As such, using the English word is seemingly very useful for those who want to demonise it.

In 2018, university programmes in gender studies were banned in Hungary. “It is an ideology, not a science”, was the government’s reasoning.

Also in May 2020, parliament fast-tracked a law that made it impossible for people to change the sex recorded on their birth certificates and identification documents.

András Veres, president of the Conference of Hungarian Bishops, has played down the problem of child sexual abuse in Hungary and pointed to the rarity of such cases in the country, which, he said, may spring from the “special culture of Hungarians, which is family-centric”.

But Hungary, as elsewhere, clearly does have a problem.

Viola Szlankó, UNICEF Hungary’s child rights expert, says that about 10 per cent of children are at risk in some way in the country, around 170,000 children. Child protection services estimated the number of victims around 7-8,000 in 2019, but experts are also reluctant to give figures due to high levels of non-reporting.

Fidesz State Secretary Csaba Dömötör said this week that “pedophiles won’t be able to hide any more”. But many believe a key hiding place is in fact the church.

Urfi says the Hungarian church has not initiated a formal investigation into the problem.

“The Hungarian bishops have chosen the path of silence so far,” he says. “However, the 10 to 20 harassment cases that came to light did not provoke immense public outrage, partly because until that week [August 2019] there was not one victim that stood up with their name and face to tell their stories.”

He is referring to Attila Pető, a former seminary student, who gave an interview on Partizán – a politics and culture TV show – detailing his abuse at the hands of a priest. On August 20, 2019, as Hungary was celebrating St Stephen’s Day, Pető was taken to a district police station in Budapest on trumped-up charges, where he was held until 7pm, the moment Hungary’s Cardinal Péter Erdő finished giving a special mass on the national holiday in the presence of Orbán and President János Áder.

The police later dropped their investigation of Pető for lack of evidence.

“For some observers it’s clearly more than a coincidence that this police action took place on this special day,” adds Urfi.

“I fear child sex abuse is ongoing in every country, and not just in the Catholic Church. The new thing is, that it became a scandal in Hungary, 15 years after the first church investigations in the world and several years after it became clear that the Vatican admitted the systematic problems and urged local churches to investigate themselves,” says Urfi.

“But I’m not happy that opposition politicians want to amend this disgraceful homophobic law with a bunch of church-related paragraphs. I would welcome more attention to this issue from the government and from the bishops, but I don’t think that we should put the priests to the centre of this conversation,” Urfi says.

According to the Hungarian media, over the past 20 to 30 years, there have been a total of 32 cases of possible sexual abuse by clerics or other employees of the Hungarian Catholic Church. Urfi says the true number could be far higher.

In the past 13 years only four churchmen have been charged with endangerment of minors and two others charged with sexual misconduct, not necessarily against youngsters. Most of the cases were investigated only by the church and internal investigations can takes months if not years.

This all takes place against a series of sex scandals involving public figures. The Hungarian Ambassador to Peru, Gábor Kaleta, for example, was found in possession of thousands of child pornographic pictures on his office computer in 2020.

In November last year, József Szájer, an Fidesz MEP and one of the authors of the Hungarian constitution, was seen shinning down a drainpipe in Brussels after being caught by police at a gay sex party, breaching Covid-19 restrictions. He was later forced to resign.

Poland says Russia behind recent cyberattack: Emerging Europe this week
Covid-19 has brought migration from Central Asia to Russia to a halt
Comment