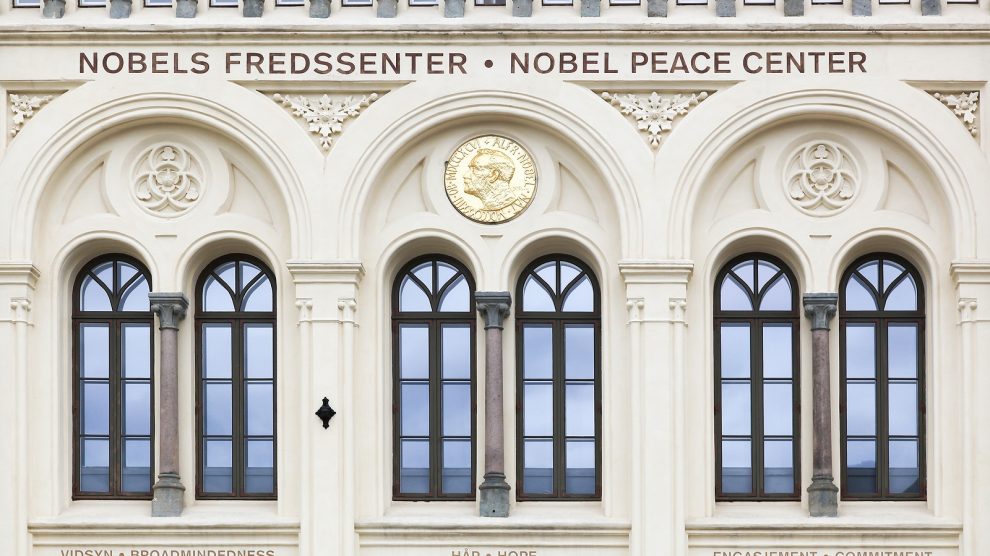 The 2022 winners of the Nobel Prize for Peace were announced on October 7, and – not for the first time – controversy ensued.

An individual from Belarus, and two organisations – one each from Russia and Ukraine – were on October 7 named as the joint winners of the 2022 Nobel Peace Prize.

“They have for many years promoted the right to criticise power and protect the fundamental rights of citizens. They have made an outstanding effort to document war crimes, human right abuses and the abuse of power. Together they demonstrate the significance of civil society for peace and democracy.”

Some figures in Ukraine however have reacted angrily to the country’s fight against Russia being placed in the same bracket as the struggle for democracy in Russia and Belarus.

Mykhailo Podolyak, an adviser to Ukraine’s president, Volodymyr Zelensky, said: “the Nobel Committee had an interesting understanding of word ‘peace’ if representatives of two countries that attacked a third one receive [the] Nobel Prize together.

“Neither Russian nor Belarusian organisations were able to organise resistance to the war.”

Olga Tokariuk, a Ukrainian journalist, explained the reasons behind the Ukrainian reaction.

In a thread on Twitter she wrote, “there’s no doubt that each of this year’s Nobel Peace Prize winners from Ukraine, Belarus and Russia deserve it for their individual work. What is problematic however is the decision of the Nobel peace prize committee to put them in the same bunch.

“It gives a wrong impression that human rights activists in Ukraine, Belarus and Russia face the same challenges, which is absolutely NOT the case. While in Russia and Belarus, they fight domestic regimes, in Ukraine they denounce violations committed by Russia (and Belarus).

“Ukraine is a democracy. Russia and Belarus aren’t. The difference between ‘three brotherly nations’, as Russian imperialist propaganda described these countries for years, has never been bigger. But this nuance is lost to most of the foreign public. Decisions like this don’t help.”

Ales Bialiatski was one of the initiators of the democracy movement that emerged in Belarus in the mid-1980s, and has devoted his life to promoting democracy and peaceful development in his home country.

Among other things, he founded the organisation Viasna (Spring) in 1996 in response to the controversial constitutional amendments that gave President Alexander Lukashenko dictatorial powers and that triggered widespread demonstrations. Viasna provided support for the jailed demonstrators and their families.

In the years that followed, Viasna evolved into a broad-based human rights organisation that documented and protested against the authorities’ use of torture against political prisoners.

Government authorities have repeatedly sought to silence Bialiatski, who was imprisoned from 2011 to 2014. Following large-scale demonstrations against the regime in the wake of a rigged presidential election in 2020 (won by Lukashenko), he was again arrested and remains in detention without trial.

The human rights organisation Memorial was established in 1987 by human rights activists in the former Soviet Union who wanted to ensure that the victims of the communist regime’s oppression would never be forgotten. Nobel Peace Prize laureate Andrei Sakharov and human rights advocate Svetlana Gannushkina were among the founders. Memorial is based on the notion that confronting past crimes is essential in preventing new ones.

After the collapse of the Soviet Union, Memorial grew to become the largest human rights organisation in Russia. In addition to establishing a centre of documentation on victims of the Stalinist era, Memorial compiled and systematised information on political oppression and human rights violations in Russia. Memorial became the most authoritative source of information on political prisoners in Russian detention facilities. The organisation has also been standing at the forefront of efforts to combat militarism and promote human rights and government based on rule of law.

During the Chechen wars, Memorial gathered and verified information on abuses and war crimes perpetrated on the civilian population by Russian and pro-Russian forces. In 2009, the head of Memorial’s branch in Chechnya, Natalia Estemirova, was killed because of this work.

Civil society actors in Russia have been subjected to threats, imprisonment, disappearance and murder for many years. As part of the government’s harassment of Memorial, the organisation was stamped early on as a “foreign agent”. In December 2021, the authorities decided that Memorial was to be forcibly liquidated and the documentation centre was to be closed permanently. The closures became effective in the following months, but the people behind Memorial refuse to be shut down. In a comment on the forced dissolution, chairman Yan Rachinsky stated, “Nobody plans to give up.”

The Centre for Civil Liberties

The Centre for Civil Liberties was founded in Kyiv in 2007 for the purpose of advancing human rights and democracy in Ukraine. The centre has taken a stand to strengthen Ukrainian civil society and pressure the authorities to make Ukraine a fully-fledged democracy. To develop Ukraine into a state governed by rule of law, Centre for Civil Liberties has actively advocated that Ukraine become affiliated with the International Criminal Court.

Since Russia’s invasion of Ukraine in February 2022, Center for Civil Liberties has engaged in efforts to identify and document Russian war crimes against the Ukrainian civilian population. In collaboration with international partners, the centre is playing a pioneering role with a view to holding the guilty parties accountable for their crimes.