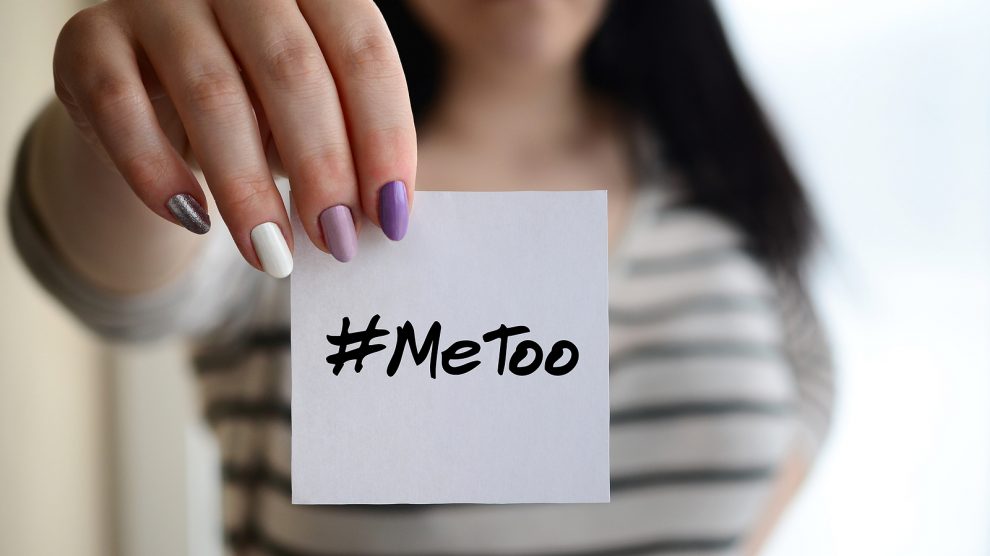 While Serbia tends to rank well on intentional indexes of gender equality, violence against women, including sexual violence, remains a serious problem.

Serbia has been rocked in recent weeks by a sexual misconduct scandal including allegations of prostitution involving underage girls.

Dragan Marković Palma, a local politician who alternatively served as the mayor and the president of the municipal assembly of Jagodina, in the centre of the country, as well as the leader of the United Serbia Party (a coalition partner of the ruling Progressive Party) has been accused of serious sexual misconduct.

The accusations came to light following a press conference during which opposition politician Marinika Tepić played a recorded, anonymous testimony from a man who says he witnessed the events while working at a hotel in the village of Končarevo.

Mr Marković is now implicated in the sexual coercion of women who work in the public sector in Jagodina, as well as the prostituting of underage girls for so-called “bunga-bunga” parties that have allegedly been visited by many high profile businessmen and politicians.

It has been alleged that participating in the parties was a condition for employment for many women in the public sector in the city.

Additionally, Ms Tepić has claimed there are other witnesses who will come forward once the police and the prosecutors – who have launched an investigation – can guarantee their protection and safety.

Mr Marković has denied all the accusations and any wrongdoing, and over the last few days has fired back at the allegations in several appearances in the media. Around 400 women employed in the public sector in Jagodina have brought a lawsuit against Ms Tepić for “gravely offending” all women in the town.

Serbian President Aleksandar Vučić meanwhile has said that “someone will have to go to prison”.

Dragan Marković has over the past decade been something of a media fixture in Serbia, known both for being de facto the most powerful man in Jagodina and for his controversial statements such as “there are no homosexuals in Jagodina”.

In 2014, he was found guilty of discrimination for statements made in 2011 likening homosexuality to a disease.

The allegations against him are the latest in a series of high-profile cases in Serbia involving sexual misconduct, and has prompted the question: In Serbia having its “me too” moment?

“I think so,” says Snežana Jakovljević from the women’s rights organisation Peščanik, “despite the difference in context. Me Too originated in the United States, where it was started by women who were already present in the public sphere, while in Serbia it was started by a then-anonymous woman from a small town. Marija Lukić was brave and persistent enough not to give up despite threats and the unpleasantness she faced. Her bravery and and persistence inspired other women to speak up. Not just Serbia, but the entire region woke up and women decided to say ‘stop’ to sexual violence.”

While Serbia tends to rank well on intentional indexes of gender equality, violence against women, including sexual violence, remains a serious problem. According to a study published by the Organisation for Economic Co-operation and Development (OECD) in 2019, two out of five women in Serbia have experienced some form of sexual violence in their lives from the ages 15 and up.

A case was brought against the president of the municipal council of Brus, another town in central Serbia, in 2018. Milutin Jeličić Jutka stood accused of sexually harassing Marija Lukić, his secretary for two years. She came forward with 15,000 lascivious text messages sent to her over that time period.

Six other women then came forward with similar stories, but the courts only dealt with the case of Ms Lukić. In the end, Mr Jeličić was sentenced to three months in jail. His sentence ended in early April.

The entertainment industry is also seeing its own reckoning.

Early this year, actress Milena Radulović told the media of the rape and sexual abuse she suffered at the hands of Miroslav Mika Aleksić, a private acting coach whose school was one of the most respected in Serbia and which many young actors attended.

Ms Radulović said she was raped as a minor, at 17 years old, after being in the school for six years. She added that it was not a one time occurrence. Following Ms Radulović’s testimony, other women who went through the school came forward with similar accounts and described instances of the manipulation and psychological pressure Mr Aleksić used on the children attending his school.

Then, in March, actress Danijela Štajnfeld accused the actor and former Minister of Culture Branislav Lečić of raping her in 2012. An investigation has been opened into the case.

But while in the cases of actors, getting an institutional response has been easy, those who have accused politicians have had to fight harder. In Brus, in 2019, fifty women participated in a rally in support of Mr Jeličić. One of the women present told the N1 TV station that she had been told by her boss at a public utility company to appear at the gathering.

This episode bears striking similarity to the 393 women who signed on to the lawsuit against Ms Tepić. Over the Easter holidays Mr Marković had a guest spot in two light entertainment TV programmes on the Pink and Happy TV stations. Ms Tepić has accused him of trying to intimidate witnesses with his statements.

For now, the alleged witnesses Ms Tepić is referring to have not yet stepped forward and the prosecutor’s office has not responded to the demand that they be protected if they do so.

This is all new for Serbia

For Serbia in general, this type of public reckoning over sexual misconduct is still relatively new. Women rights NGOs point to the many hurdles that victims of sexual abuse and rape have to jump through in order to get justice. Difficulties can arise even at the first step of reporting the incident to the police, as many police officers are not correctly trained in how to deal with sexual abuse victims.

Furthermore, the definition of rape in Serbia still requires the use of force or threat. In recent years, some countries in the European Union have switched their definition of rape to “sex without consent” which can include those cases where the coercion is more subtle.

Ms Jakovljević also points to the inefficient work of the prosecutor’s offices.

“Prosecutors are not effective even when they deal with ‘ordinary’ perpetrators. When we are talking about ‘well-known’ men, who are accused or suspected of violence, the prosecutors fail even more. When politics are involved, like in the cases of Jeličić and now Palma, the situation with the prosecutor’s office is even worse,” she tells Emerging Europe.

Finally, the sentencing policies of Serbian courts tend to err on the side of leniency, meaning that those convicted rarely face the legal maximum sentence.

The group even went so far as to reveal the addresses and social media accounts of the women, a practice known on the internet as “doxxing”.

Some victims are presumed to have been underage at the time the pictures were taken.

Ms Jakovljević also says that women who come forward with accusations are often insulted and misunderstood.

“Many insults were directed towards Marija Lukić, Milena Radulović, and Danijela Štajnfeld. ‘Why did she wait, why was she silent’ and then most stupid one we heard – ‘she just wants to be popular.’ When you report your car stolen, the police do not doubt you. If you say you were raped, they look at you with suspicion,” she says.