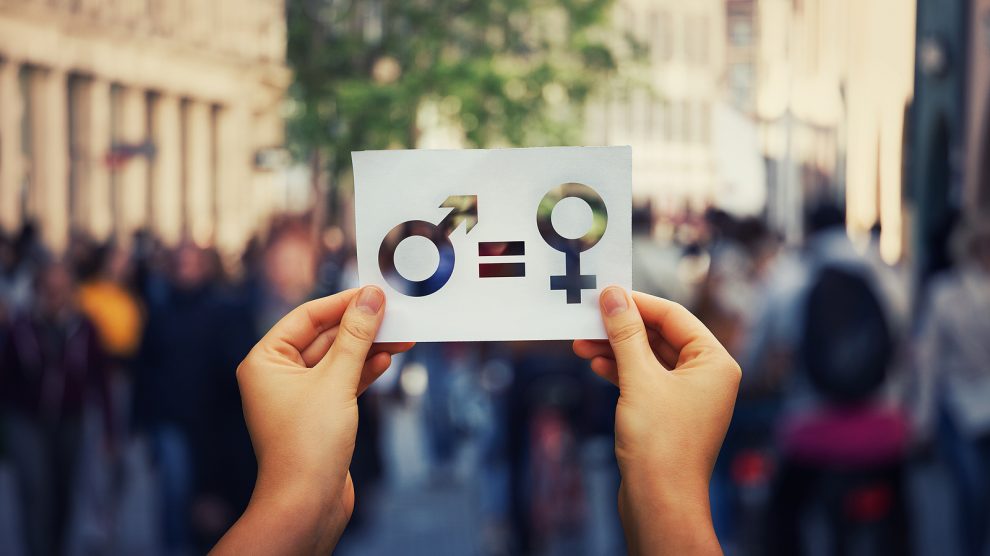 Central and Eastern Europe and Central Asia have a long way to go before they can claim to have closed the gender gap, according to a new report from the World Economic Forum.

Lithuania is the only country from Central and Eastern Europe and Central Asia to feature in the top 10 positions of the Global Gender Gap Index, published by the World Economic Forum (WEF).

The index benchmarks the evolution of gender-based gaps among four key dimensions (economic participation and opportunity, educational attainment, health and survival, and political empowerment) and tracks progress towards closing these gaps over time.

This year, the Global Gender Gap Index benchmarks 156 countries, providing a tool for cross-country comparison and to prioritise the most effective policies needed to close gender gaps.

The methodology of the index has remained stable since its original conception in 2006, providing a basis for robust cross-country and time-series analysis. The index measures scores on a zero to 100 scale and scores can be interpreted as the distance to parity (the percentage of the gender gap that has been closed).

In general, this year’s report finds that the Covid-19 pandemic has pushed back gender parity by a global average of 36 years, meaning that another generation of women will have to wait for gender parity.

At the current relative pace, in Central and Eastern Europe and Central Asia, gender gaps can potentially be closed in 134.7 years, compared to 52.1 years in Western Europe.

However, some countries out perform the region’s poor average.

The region’s best performer, Lithuania, has made significant improvements over last year, with the Baltic country jumping 25 spots on the index to join the ranks of those countries that have closed at least 80 per cent of the gender gap. 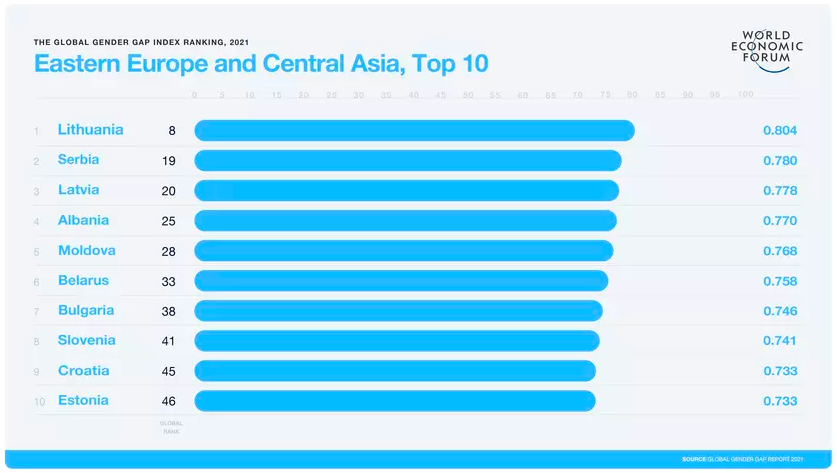 Serbia also scores well this year, climbing 20 places to 19th position in the world, and second in Central and Eastern Europe and Central Asia.

Broken down across the four indicators, the region performed best in the educational attainment sub-index, with the gender gap now almost closed at 96.6 per cent. Similarly strong performance can be found in the health and survival sub-index, at 97.7 per cent, making the region the best performing in this category in the world.

Economic participation fares much worse, with a regional average 73.5 per cent. This is still, however, the second highest score in the world, after North America. Belarus is the region’s best performer in this category (84 per cent parity) while Azerbaijan scores worst (57 per cent).

Where the region falters significantly is in the political empowerment dimension, both overall, and in terms of differences between individual countries. The relatively high overall results for the region mask significant disparities in the number of women in politics.

Serbia, Albania, Lithuania, Latvia, and Bosnia and Herzegovina have closed at least 30 per cent of this particular gap, but Azerbaijan has only 6.9 per cent. In half of the countries in the region, at least 20 per cent of ministerial positions are held by women — the highest proportion is in Albania with 56.3 per cent, the lowest in Azerbaijan and Armenia where there are no women ministers.

In parliament, women hold at least 20 per cent of seats in 21 out of the 26 countries of the region featured in the index (Kosovo and Turkmenistan were not included), the highest share being in Belarus (40 per cent) and the lowest in Hungary (12.6 per cent).