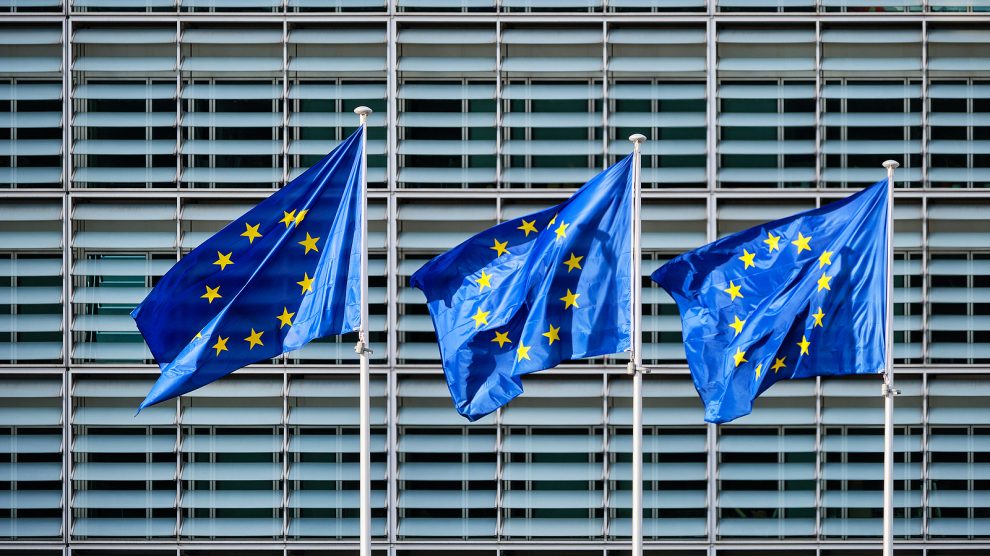 Being granted ‘applicant status with conditions’ is probably the best that Ukraine can hope for at next week’s meeting of the European Council. It’s not ideal, but if it offers the country a clear timeline and framework for full EU membership, it can be spun as a victory.

Ukraine will learn by the end of June, probably as soon as the next European Council meeting on June 23-24 in Brussels, whether or not it has a clear path towards membership of the European Union.

This past weekend, on a visit to Kyiv (her second such trip since Russia launched its full-scale invasion of Ukraine on February 24), European Commission President Ursula von der Leyen dropped the biggest hint yet that Ukraine is likely to get the green light for candidate status, at least from the Commission.

“We want to support Ukraine on its European journey,” said von der Leyen on June 11 at a joint press conference with Ukrainian President Volodymyr Zelensky, who has long suggested the EU use a special procedure to grant Ukraine immediate membership of the bloc – something that is highly unlikely to happen given that there is currently no such thing as a fast-track to EU membership. It would take years for Brussels, whose bureaucracy is notoriously unwieldy, to create one, even if it had the political will to do so.

Candidate status is therefore the best that Ukraine (as well as Georgia and Moldova, which also recently applied for membership) can hope for. It would be a welcome sign of intent. They would join Albania and North Macedonia in the EU’s waiting room: both have been awarded candidate status but have yet to begin accession negotiations, currently blocked by a Bulgarian veto.

Two other countries, Montenegro and Serbia, have opened accession negotiations but remain years away from completing them.

“The discussions today will enable us to finalise our assessment by the end of next week,” added von der Leyen during her visit to Kyiv. “The path is known, it is a merit-based path forward. It is a path where, I must say, I really appreciate the enormous efforts and the determination of Ukraine.”

Yet while the Commission’s recommendation that Ukraine be granted candidate status would be a welcome show of support, it guarantees nothing given that it is the European Council – made up of the leaders of all 27 members – that will make the final call. It must do so unanimously.

The leaders of several countries, said to include Denmark and the Netherlands, as well as France and Germany, are reportedly yet to have been won round to the merits of offering Ukraine candidate status.

Last month, French President Emanuel Macron angered Kyiv when he said that it would take “decades” for Ukraine to become an EU member, suggesting instead a “parallel European community” which, without offering too much detail, he added could “anchor countries which are geographically in Europe and share our values”.

Unpalatable as his comments were for Ukraine, it is worth noting that Croatia was the last country to join the EU, in 2013, and although its economy, political system and judiciary were far more aligned with Brussels when it began accession negotiations, the process still took 10 years.

The future of Europe

Speaking alongside von der Leyen in Kyiv at the weekend, Zelensky said that the EU’s decision on Ukraine would “determine” the future of Europe.

“None of the 27 would say right in the face of the president ‘no’, but what is happening behind the scenes is a clear willingness to put obstacles into the process,” she said.

An outright ‘no’ from the European Council remains an unlikely prospect, however, with the most probably outcome thought by Brussels insiders to be candidate status with strict conditions, something that would be viewed in Kyiv as not good enough, not least as any kind of EU rebuff to Ukraine will be amplified by Russia’s propaganda machine.

This was something that Latvian Foreign Minister Edgars Rinkēvičs – a staunch supporter of Ukraine’s EU membership aspirations – warned of in an interview with the Washington Post last week.

“This is a country at war, and they need a morale boost,” he said. “I can imagine what the Russian propaganda is going to do with it.”

But given that the granting of applicant status usually takes a minimum of 18 months from the moment that an application is filed, even ‘candidate status with conditions’ – as long as it offers Ukraine a clear timeline and framework – should probably be viewed as a victory, no matter how small: Ukraine formally applied only in March.

Of the other new applicants, Moldova has the best chance of being granted candidate status, with Georgia likely to be told it needs to do more, according to the Brussels think tank the Centre for European Studies, which last week published a report on the pair’s applications.

It said that Moldova was “next at risk” from Russian aggression, and recommended that the EU should extend it candidate status.

On Georgia, the report said the formal accession process would be premature.

Its economic reforms had surpassed both Ukraine and Moldova and other EU candidate states, it said, but on democracy, the Tbilisi government had contradicted “the EU’s fundamental values”.

As prices rise, economic fallout of Russia’s Ukraine invasion is a test for European unity
The language of the enemy: Elsewhere in emerging Europe
Comment