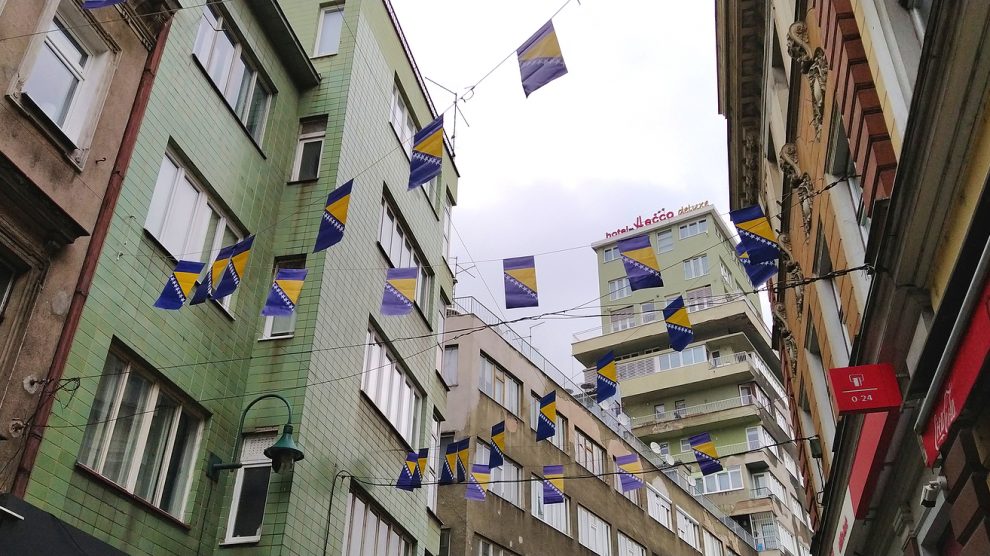 The European Commission has recommended EU candidate status for Bosnia and Herzegovina, and visa-free access for citizens of Kosovo. Will the European Council agree?

The European Commission has recommended that Bosnia and Herzegovina be granted the official status of candidate country to join the European Union, on the understanding that a series of reforms will be carried out in key areas.

These include reinforcing democracy, ensuring the functionality of state institutions, upholding the rule of law, fighting corruption and organised crime, guaranteeing media freedom and managing migration.

In all, there are 14 key reforms Bosnia needs to implement. Doing so – especially for a country that often appears to be ungovernable – will be tough. The announcement came just a week after general elections that saw two of the three seats in the ethnically partitioned Bosnian presidency won by moderates over more ethno-nationalist candidates.

Incumbent Bakir Izetbegović was comprehensively defeated for the Bosniak seat by Denis Bećirović, a joint candidate representing almost a dozen mostly liberal and centrist parties, while Croatians will continue to be represented by Željko Komšić, a veteran social democrat.

Serbs will be represented by Željka Cvijanović, a hardline nationalist and ally of Milorad Dodik, whose own re-election as the president of the Serb-dominated Republika Srpska has been contested by his opponent, Jelena Trivić. Thousands of Trivić’s supporters have this week been protesting in the Republika Srpska’s capital, Banja Luka, demanding a recount.

Olivér Várhelyi, the Commission’s enlargement chief, nevertheless urged the Bosnia’s leaders to “make the most” of what he called a “historic moment”, before adding that he expected legislatures and governments at state, entity and cantonal levels to be swiftly set up in order to focus on EU reforms.

He also said that the 14 reforms were “non negotiable” and that Bosnia and Herzegovina would needs to fulfil them all before being able to open accession talks.

Bosnian Foreign Minister Bisera Turković described the Commission’s recommendation as a “strong message” for all Bosnian citizens that “confirms our future is within the European family.”

The Commission’s recommendation must now be endorsed by all 27 current EU members.

The announcement of Bosnia’s potential candidate status came during the launch of the Commission’s annual assessment of the state of play and the progress made by the Western Balkans on their respective paths towards the European Union.

Montenegro was told that it needs to intensify its efforts to address freedom of expression and media freedom, as well as the against corruption and organised crime.

Serbia needs to “establish a government, firmly committed to the EU strategic direction and reform path” while Albania and North Macedonia, who both opened accession talks in July, were warned that they must do more with regards to the rule of law, the fight against corruption and the fight against organised crime. Albania also has to address property rights, minority issues and freedom of expression.

The Commission also repeated its assertion, first made in 2018, that Kosovo has fulfilled all benchmarks required for visa liberalisation. Kosovo remains the last country in the Western Balkans whose citizens still require visas to travel to the EU.

The Commission called on the European Council to deal with the matter “urgently”.

“Kosovo has enjoyed political stability throughout the year and the authorities continue to demonstrate their commitment to the EU path,” said Várhelyi.

“We recognise that Kosovo also made efforts to strengthen democracy and the rule of law and intensified its fight against corruption. Work has been done to lay the foundation for sustainable progress in several areas, including the green and energy transition, and innovation.”

On Belgrade-Prishtina dialogue, largely stalled, Várhelyi said that both Kosovo and Serbia need to engage “constructively”.