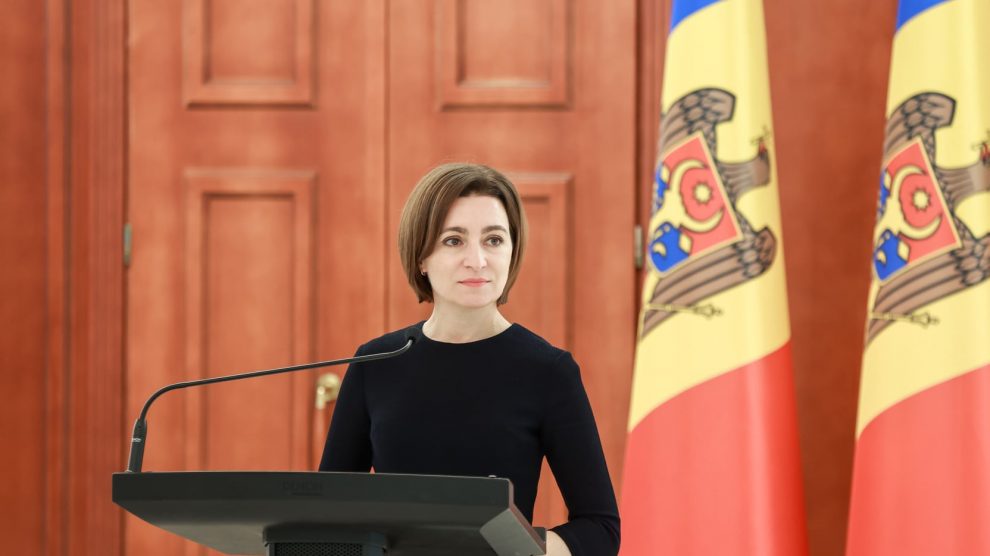 Maia Sandu’s unswerving commitment to democracy and the rule of law in Moldova make her the natural choice for this year’s Emerging Europe Public Figure of the Year award.

Moldovan President Maia Sandu has been named by Emerging Europe as its Public Figure of the Year.

Sandu, elected in November 2020, centered her presidential campaign on eradicating poverty and fighting the corruption that has done so much damage to the economy of what remains Europe’s poorest country.

Long viewed by the international media, in somewhat simplistic terms, as “pro-European” (as opposed to Igor Dodon, her predecessor, who favours closer ties with Russia) Sandu also pledged to renew Moldova’s European aspirations.

Last month she delivered on her promise when the Moldovan government formally applied to join the European Union.

“We want to live in peace, prosperity, and be part of the free world,” said Sandu in March. “While some decisions take time, others must be made quickly and decisively, and taking advantage of the opportunities that come with a changing world.”

Sandu certainly had a busy 2021. Her first task as president was to set about ridding Moldova of a parliament full of MPs loyal to Dodon and the oligarch Vlad Plahotniuc, currently fighting extradition to Moldova from the US on corruption charges.

Using every one of the few tools at her disposal, she managed it: a parliamentary election last July changed Moldova’s political landscape. Many will hope that the change is permanent.

Sandu’s Action and Solidarity party – better known by its Romanian acronym of PAS, meaning step – took well over 50 per cent of the vote, more than double the share of the Communists and Socialists, led by two former presidents, Vladimir Voronin and Dodon, who ran on a joint ticket. Plahotniuc’s Democratic party, previously the second largest in parliament, was wiped out entirely.

Her next move was to appoint Natalia Gavrilița, like Sandu a Harvard graduate, as prime minister, with the immediate priority of steadying a shaky financial ship, and the long-term goal of ridding the country of corruption.

Hope of a better future

“This award is recognition for President Sandu’s commitment to democracy and the rule of law, and to the fight against corruption in Moldova,” says Andrew Wrobel, Emerging Europe’s founder.

“This commitment was demonstrated on several occasions during 2021, not least in the president’s ultimately successful efforts to dissolve parliament and hold a free and fair election, as well as in her openness to building a long-term and sustainable partnership with the European Union.”

Since Sandu took office, Moldova has become a country that now offers hope of a better future to all its citizens, ready to take its place at the table of other European countries.

“While there have been glimmers of hope for Moldova at various stages over the past 30 years, it is only now that the country genuinely boasts a leader prepared to carry out the reforms necessary to make the Moldovan dream of a prosperous future a reality,” adds Wrobel.

Long-term, success in the fight against corruption is likely to be the measure by which Sandu’s presidency will be judged.

The early signs are good: in October, Moldova’s top prosecutor Alexandru Stoianoglo was suspended and detained for alleged corruption.

“Nobody in Moldova will remain above the law,” said Sandu at the time.

‘A remarkable example of solidarity’

Since Russia invaded Ukraine on February 24, Moldova has become a refuge for hundreds of thousands of people fleeing the fighting, despite its meagre resources. More than 350,000 people have arrived in Moldova, which itself has a population of just 2.6 million, since the start of the invasion.

The Emerging Europe Awards 2022 is the fifth edition of a programme which showcases the best of the emerging Europe region: individuals, public and private organisations as well as projects and initiatives.

The awards ceremony – alongside the Future of Emerging Europe summit – will take place in Brussels on June 23.