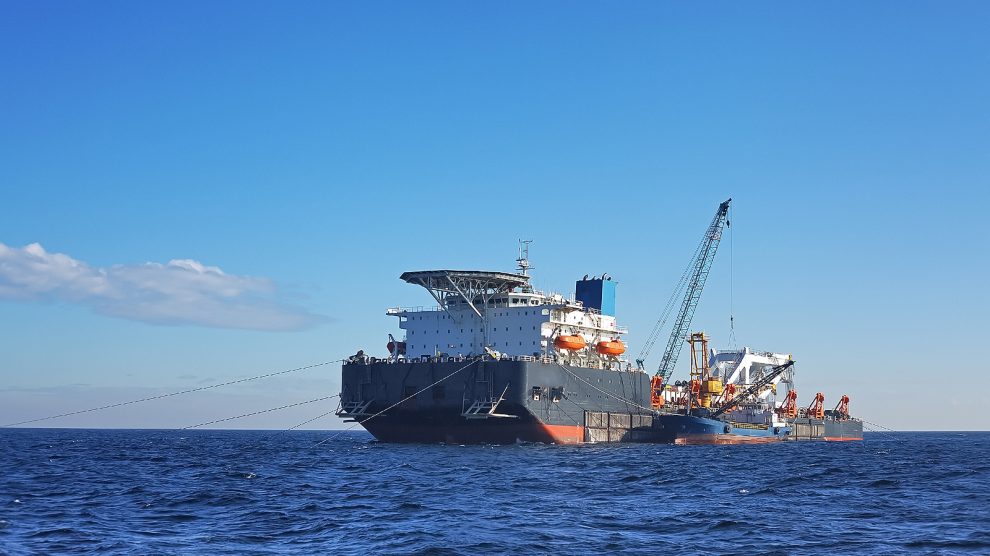 Germany faces increasing internal and external pressure to halt Nord Stream 2, but analysts suggest that cancelling the controversial project could unleash an avalanche of litigation.

The German Green party has threatened to scrap the controversial Nord Stream 2 gas pipeline if it enters government – an increasingly likely event – after elections later this year.

“The pipeline is not only a political project because of its climate and energy implications but also because it causes damage on the geopolitical level,” says the party.

Since the poisoning of Alexei Navalny in 2020, claimed to have been carried out on the orders of the Kremlin, German Chancellor Angela Merkel has been under political pressure from the US and its Eastern European ally Poland, plus a growing chorus within Germany – and within her own CDU ruling party – to end her support for the pipeline.

Some 1,230 kilometers (775 miles) in length, Nord Stream 2 is set to connect Russia with Germany via the Baltic Sea, but has been on hold some 160 kilometres off the German coast since the US imposed sanctions on companies building the pipeline last year.

Andrzej Przyłębski, the Polish ambassador to Berlin, gave an interview for the German RND service on March 22, in which he raised the issue of the construction of Nord Stream 2.

He appealed to Germany and the European Union to adopt a tougher stance towards Russia.

“What bothers us, above all, is that with the help of Nord Stream 2, Russia will receive even more money for its military expenses,” Przyłębski said.

“Vladimir Putin already has the most modern technology in this area. It is really surprising that, on the one hand, Germany supports the sanctions and, on the other hand, places huge sums at Putin’s disposal. Europeans shouldn’t do that. We should weaken the Russians,” he went on.

The diplomat said he did not speak “with hatred” but “with a sense of threat”.

“We, Poles, have many painful pages in our relations with both our neighbours, Germany and Russia. We don’t feel like having new experiences of this kind.”

“There is a lot of sympathy for Russia in Poland, Poles sing Russian songs, they eagerly watch Russian films, but we are also ready to fight the Russians if the need arises. I think Russia needs to wake up,” he said.

From the end of 2022, Poland will no longer buy Russian gas, Przyłębski went on. “We want to become independent by building the Baltic Gas pipeline to Norway in order to import gas from there, and by investing in modern terminals for liquid gas tankers,” he said.

So what options does Berlin have?

“If the EU and/or Germany were to impose sanctions on Nord Stream 2 similar to those envisaged by US sanctions legislation, this would unleash an avalanche of litigation from companies involved in the pipeline and its onshore connecting pipelines because many legally binding contacts would be violated,” says Katja Yafimava, a researcher at Oxford University.

“In turn this would result in massive damages, running into billions of euros to be paid,” she adds.

Yafimava believes that in addition to financial damages, it would also likely have a very negative impact on how Russia sees doing business in the EU.

“When even such a project as Nord Stream 2, which has been done strictly in line with the laws applicable at the time and without the slightest legal, commercial or environmental irregularity, could be hijacked by a political matter, which has no relevance for the project, this would certainly not be seen as a fair game by Russia, particularly as it was cooperative in agreeing to conclude the post 2019 Ukrainian gas transit, largely seen as the necessary political green light for Nord Stream 2 going ahead.”

“I would not be surprised if Russia were to re-assess not only its economic but also political relationship with the EU and with Germany going forward, should sanctions be imposed. Because of all these reasons I think it would not be a big exaggeration to compare any possible attempt by Germany and/or the EU to pause/cancel NS2 as an attempt to draw the Iron Curtain 2.0,” adds Yafimava.

“The Navalny case has definitely incited a lot of opposition to Nord Stream 2, including from within Germany,” says energy expert Anna Mikulska.

“This puts pressure on Merkel and creates an opportunity for Germany to sanction the controversial pipeline despite the country’s general support for it until now. But if Merkel decides to stop – or attempt to stop – Nord Stream 2 it is another issue. Germany has for long insisted on the project being strictly commercial and that there should be a distinction between the commercial and the political.”

“One should not forget that Germany, and Western Europe as a whole, has been a major partner to the Soviet Union when it comes to gas purchases during and despite the Cold War. Hence, there is a precedent to following up on commercial ventures despite strong political rifts and despite disagreement on the issue with the US,” Mikulska says.

“Also, Germany has been counting on Russian gas as it transitions its energy system away from coal. As opposed to, for example, Poland, Germany has not been as keen on building large LNG import terminals to offset Russian gas, rather it ‘leaned in’ a large supply of cheap gas,” she adds.

Not pretty, and rarely acknowledged, the leverage option is one that might work. The Navalny case might actually give Berlin commercial advantage in its relations with Gazprom.

“The idea would be that as a large demand centre Germany will have a good bargaining position over Russia, potentially even influence. So rejecting NS2 would be a political decision with a heavy commercial and policy impact and therefore we see Merkel speaking harshly against the attack against Navalny but not necessarily moving quickly to impose any restrictions. But she will have fewer EU countries speaking openly to support NS2 against, for example, US sanctions, which gives the US an opening to impose sanctions without as big of a backlash as otherwise it would be the case,” Mikulska says.

Delay and hope for the best?

Gazprom is also involved in antitrust proceedings initiated in 2018 by Poland’s Office of Competition and Consumer Protection (UOKiK) against all companies involved in Nord Stream 2 financing.

“These are formidable issues likely to delay the pipeline and make it more expensive,” says Mikulska.

Nornickel closes Monchegorsk plant as it ramps up environmentally-friendly transition
Is the EU asking too much of Bosnia and Herzegovina?
Comment