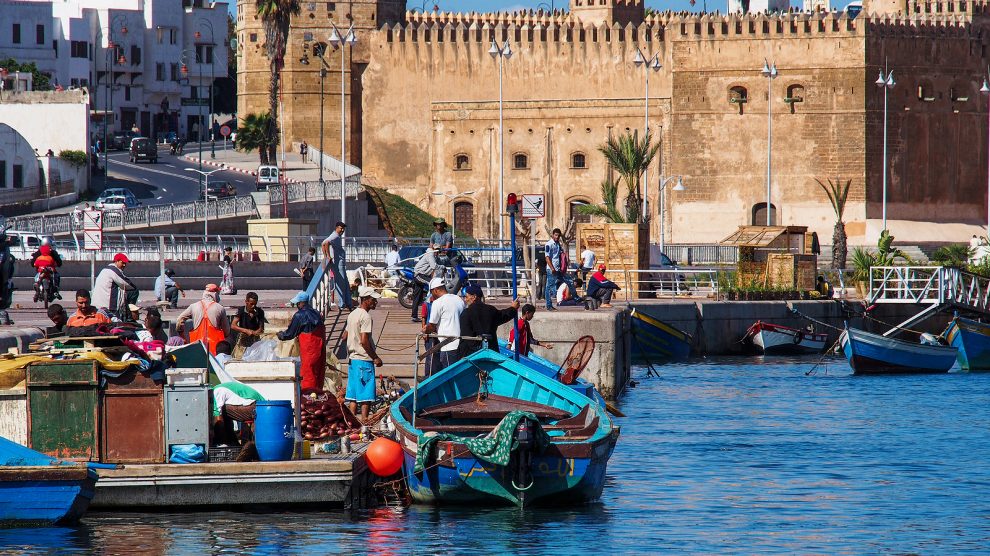 Reform in Morocco has been evolutionary more than revolutionary, and its reputation as a reliable partner for the EU is likely to be emboldened by an upcoming parliamentary election.

For Moroccans, the Arab Spring of 2011 — which saw full-scale revolutions and popular uprisings in Tunisia and Egypt — was less about wholesale change than providing new impetus for reforms that had already been underway for several years.

Whereas protesters in Tunis and Cairo were intent on removing their rulers, the demonstrators who gathered on the streets of Rabat, Casablanca, Tangier and Marrakech in February 2011 merely demanded that Morocco’s King Mohammed VI hand over more power to elected officials.

In March 2011, the king obliged, announcing “comprehensive constitutional reform”, with the aim of improving democracy and the rule of law.

The reforms, which culminated in a new constitution – overwhelmingly approved by Moroccans in a referendum in July 2011 — gave the prime minister more executive power, including the authority to appoint government officials and to dissolve parliament, powers previously held by the king.

There has also been a loosening of restrictions on civil society since 2011, including the creation of an independent body, the National Council of Human Rights, to ensure that the country meets its international commitments to protect and promote human rights.

Commendable progress on women’s rights has also been made. The minimum age for marriage has been raised to 18, and in 2018 a violence against women law criminalised some forms of domestic violence, established prevention measures, and provided new protections for survivors.

Judicial reform has also been a key part of the government’s agenda over the past decade, culminating in the transfer, in 2017, of the office of the public prosecutor from the Ministry of Justice, part of the executive, to the Court of Cassation, part of the judiciary.

According to Abdellatif Chentouf, a Moroccan judge and professor at the Faculty of Law in Rabat and Sala, writing for the Carnegie Endowment for International Peace, this represents not merely a “superficial reshuffling”, but rather “the end of an era of tight executive oversight of the public prosecution, which it has controlled since 1956”.

Mohammed VI has sat on the country’s throne for more than 22 years, having taken over from his father, Hassan II, who died in 1999. His two decades as Morocco’s ruler have been characterised by gentle domestic reform – given a boost by the events of 2011 – and vigorous repositioning of Morocco’s foreign policy, particularly its hitherto isolationist approach to trade.

Less than a year after Mohammed’s coronation, Morocco established a free trade agreement with the European Union, the EU-Morocco Association Agreement. Similar agreements with the United States and Turkey followed.

It is with the European Union however that Morocco has had the strongest relationship since Mohammed VI became king, becoming over the past two decades Brussels’ most reliable partner in Africa.

Morocco is now the EU’s 20th biggest trade partner, representing one per cent of the bloc’s total trade in goods with the world in 2020.

Morocco is by far the EU’s biggest trade partner among the so-called southern neighbourhood countries (which also include Algeria, Egypt, Israel, Jordan, Lebanon, Libya, Palestine, Syria and Tunisia), with 25 per cent of total EU trade in goods with the region.

The EU meanwhile is Morocco’s largest trading partner, accounting for 56 per cent of trade in 2019. Goods worth 15.2 billion euros went to the EU in 2020 (64 per cent of all Moroccan exports), with 51 per cent of Morocco’s imports coming from the EU (worth 20.1 billion euros).

There was also two-way trade in services amounting to 10.7 billion euros in 2019.

The burgeoning trade relationship has also paved the way for EU investment in Morocco, the most successful being Renault-Nissan’s car plant at Tangier.

Since opening in 2012, more than one million Dacia-branded cars have been made at the site, where annual capacity is now in excess of 340,000. Half of all Dacia cars made globally are now assembled in Morocco, at Tangier and at the older SOMACA plant in Casablanca: more than two-thirds are exported, and car making has become a key driver of the country’s economy.

The joint communication was accompanied by an economic and investment plan for the southern neighbours to ensure — amongst much else – that the quality of life for people in the region improves and that the economic recovery, including from the Covid-19 pandemic, leaves no one behind.

A high-speed train, built with financial support from France, as well as Saudi Arabia, Kuwait and the UAE, links Tangier to Casablanca using a fleet of double-decker TGVs built by the French firm Alstom. French President Emmanuel Macron was on hand to inaugurate the line in 2018 alongside King Mohammed: it is set to be extended to Agadir.

A concentrated solar point at Noor meanwhile, the largest in the world, built in partnership with Spanish firm Acciona, supplies more than two million Moroccans with clean electricity.

Morocco’s emergence has a north African hub for EU trade and investment has not, however, seen it neglect initiatives to develop deeper ties with the rest of Africa. Indeed, what has become known as “South-South” cooperation has been enshrined in Morocco’s constitution since 2011.

Even before that, Morocco was working towards improving trade and cooperation with its African and Arab neighbours.

In 2004, Morocco signed the Agadir Agreement with Jordan, Egypt and Tunisia. The agreement committed all parties to removing all tariffs on trade between them and to harmonise their legislation with regard to standards and customs procedures. The Agadir Agreement entered into force in July 2006, and an Agadir Technical Unit in Amman ensures its implementation.

Lebanon and Palestine joined the agreement in 2020.

In 2017, Morocco rejoined the African Union (AU), three decades after it left when the continental body recognised the independence of the disputed territory of Western Sahara. At an AU summit in Addis Ababa which confirmed Morocco’s readmittance, King Mohammed said: “Africa is my home, and I am coming back home.”

“Our challenge is to work together, with the support of our multilateral and bilateral partners, to free Africa of famine and poverty by tackling the root causes of the food security challenge,” said Bourita.

In December 2020, Morocco agreed to normalise relations with Israel, becoming only the sixth Arab state to do so.

As much of Europe continues to debate the need to vaccinate children against Covid-19, Morocco on September 1 opened up its inoculation programme to all those aged 12 or above, further highlighting its vaccination campaign as the most successful in Africa.

Morocco has already fully jabbed almost 43 per cent of its 36 million people, a remarkable achievement given that no other country on the African continent has yet reached the 20 per cent threshold (the next-best performer is Tunisia, where just 18.6 per cent of the population is fully vaccinated).

Morocco has vaccinated a substantially higher percentage of its population than two European Union member states, Bulgaria and Romania.

Indeed, Morocco’s handling of the Covid-19 pandemic has, as a whole, been impressive. A new spike in cases last month has now peaked, and is falling quickly.

A nighttime curfew has been in place since December 2020, and travel to and from the cities of Agadir, Casablanca and Marrakesh periodically forbidden.

Those who have been fully-vaccinated are exempt from the restrictions, however, a policy which has helped to boost uptake of the jab.

While around 13,000 people have sadly died with the coronavirus in the country since the pandemic began, Morocco’s per capita death rate – of just over 35 per 100,000 people – is one of the lowest in the world.
Only one EU member, Finland, can boast a lower rate.

According to the World Bank, the government’s economic response to the crisis has been “appropriate”, and the ambitious reforms being implemented could set the stage for a solid recovery. The bank expects growth to accelerate to 4.2 per cent in 2021, having contracted seven per cent in 2020.

While Morocco’s ruling, moderately Islamic Justice and Development party (PJD), one of the key groups behind the 2011 protests, took 125 of parliament’s 395 seats in the last election, held in 2016, would usually be expected to benefit from the government’s handling of Covid-19, recent changes in the country’s electoral system – which some have suggested have been designed to reduce its influence – will likely see it lose seats.

According to the Friedrich Neumann Foundation, in the past the number of parliamentary seats was distributed based on the number of votes obtained by each party divided by the total number of valid ballots.

This time around, however, the number of seats allocated will be based on the “total number of Moroccans eligible to vote”, and not the number of valid ballots.

This will reduce the number of seats that the larger parties, including the PJD, will be able to win in what have become its strongholds, particularly the country’s largest cities.

The Friedrich Neumann Foundation’s Rania Elghazouli says that the changes mean no single party will be able to take more than 100 seats.

More than 100 international observers from 19 different organisations will monitor the election, alongside 4,600 observers representing 44 national NGOs and the Moroccan National Council of Human Rights.

In order to boost turnout, municipal and regional elections are being held at the same time: a first in Morocco.

“This general election is very important for Morocco, for it shows the maturity and the stability of the Moroccan model, ten years after the Arab Spring,” says Abdelmalek Alaoui, chairman of Moroccan think-tank IMIS and author of a recently released best-selling Book on Morocco’s strategy to fight the Covid-19 pandemic.

“It’s the third election to be held [since the Arab Spring] and goes ahead despite the pandemic. Morocco is at a crossroads with regards to its development model and the new government which will be formed in the coming weeks will have the daunting task to execute the vision of King Mohammed VI to double Morocco’s GDP by 2035 and to make the country’s growth more inclusive.”