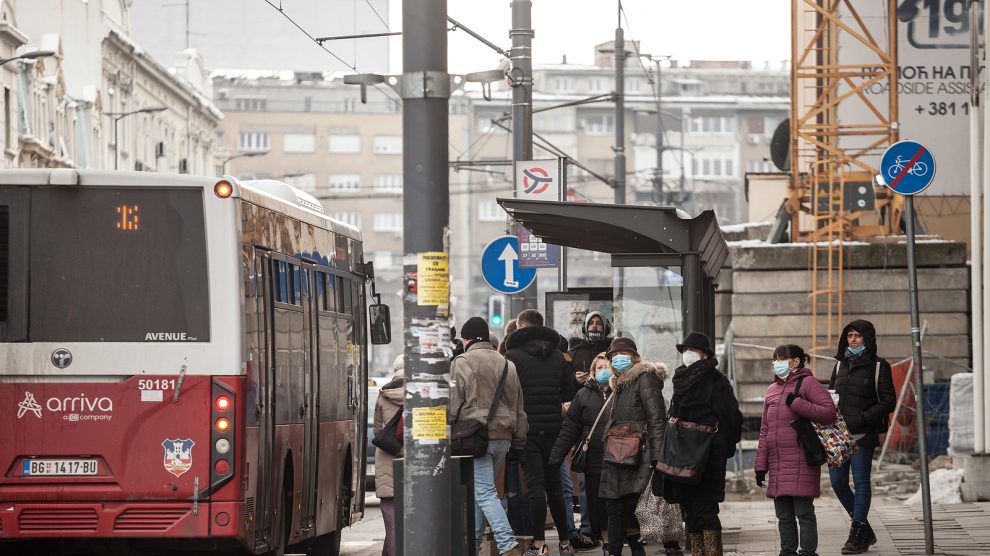 There has been a worrying fall in the level of trust that Serbian citizens have in the democratic process, and its ability to bring about change.

Besides the SNS, which took almost two-thirds of seats, only two other parties managed to clear the three per cent threshold required to enter parliament – the Serbian Socialist party (SPS) and the Serbian Salvation party (SPAS).

Opposition parties who boycotted the elections, including the Democratic party, cited a lack of fair competition, especially the ruling party’s stranglehold on the media and President Aleksandar Vučić’s use of his role to campaign for the SNS.

Now, it appears that ordinary Serbs have also lost interest in the democratic process, and with it, much of their interest in politics.

A new survey carried out by the Belgrade-based Centre for Research, Transparency and Accountability (CRTA) has revealed that a large majority of Serbs believe it is no longer possible to effect change through engagement in democratic processes.

For the CRTA, this is problematic.

“Citizens are tired of seeking democracy, they are distancing themselves from politics because they consider everyone the same and that politics are something bad,” says Dušan Spasojević, a professor at the University of Belgrade’s Faculty of Political Science.

“In such a situation, those who do still engage should be supported and motivated to participate in the electoral process because there is no other option for change.”

Just 13 per cent of Serbs believe that getting in touch with their MP can help them solve issues or bring about change.

Not that Serbs are reluctant to vote: two-thirds would head for the ballot box were an election held this weekend, although worryingly, around half would do so merely out of “civic duty” rather than political conviction.

Civil society is being hit too

Civil society is also suffering from a lack of engagement, according to CRTA’s research.

Two-thirds of Serbian citizens did not participate in any local community initiatives or campaigns last year, with most feeling that these can’t achieve anything.

NGOs are trusted as little as MPs: just 14 per cent of Serbs believe that they have the ability to bring about change.

This somewhat fatalistic approach is worrying in light of the findings of a recent Freedom House report, which in its Freedom in the World 2021 Index ranked Serbia as a “partly free” country (with a score of 64 out of 100), lacking some important political freedoms.

Electoral conditions, including biased media coverage, were a major topic of the last parliamentary election in 2020. Due to this, most opposition parties have boycotted this election, leaving the ruling Serbian Progressive Party (SNS) now running the Parliament with virtually no real opposition.

Freedom House notes that while elections in Serbia are open and fair, electoral management is often nontransparent. During the 2020 parliamentary elections, observers noticed irregularities – most notably President Vučić’s continuous engagement as both the head of state and the leader of SNS, which afforded him “unparalleled” public exposure without clear differentiation of his two roles.

Pro-government parties benefited from a preponderance of media coverage.

According to the CRTA survey, 46 per cent of Serbian citizens believe the media in Serbia is under “significant political pressure”. Only a fifth of Serbs believe that media in the country is totally free.

Reporters Without Borders placed Serbia 93rd (out of 180 countries ranked) in its most recent report on media freedom, noting that there has been an increase in inflammatory rhetoric against journalists in recent years.

Through the control of the public broadcaster RTS and a network of government-friendly outlets and tabloids, the SNS has been able to push opposition parties and critics outside of the mainstream media.

According to CRTA’s media monitoring, between July 2020 and January 2021, in media with national reach the coverage of the ruling party was positive and moderate, almost without any negative framing. On the other hand, opposition parties were mostly covered in a negative – or at best, moderate – light, with very few instances of positive coverage.

“For a long time, those who are leading the state have ignored the problems of democracy weakening,” says Vukosava Crnjanski, the CRTA’s director.

“The future of this society depends on restoring democratic institutions. There is no freedom without democracy.”