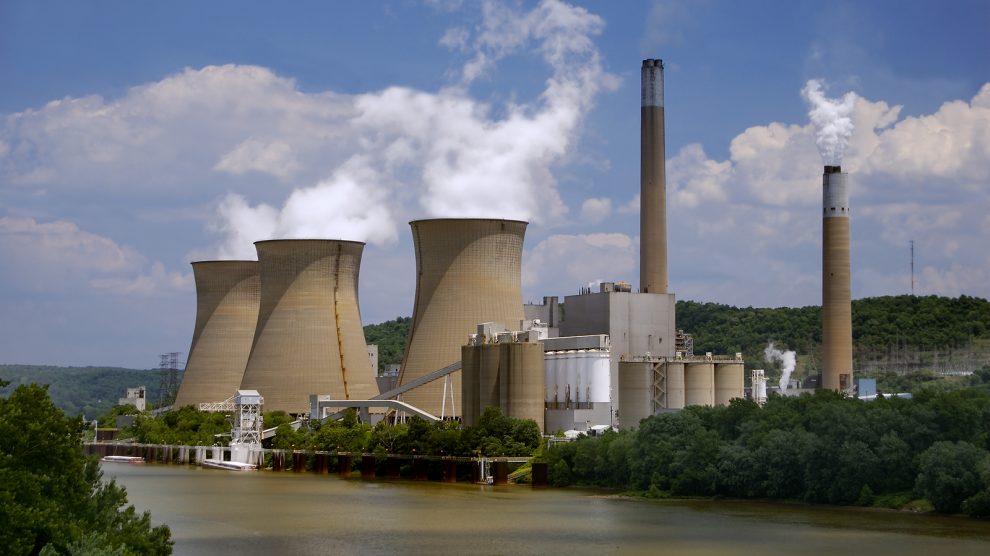 As Poland begins to reduces its reliance on coal as a primary source of electricity production, both renewable and nuclear power will have a role to play in its energy mix.

Poland’s government has adopted a plan to speed up its transformation to clean and nuclear energy.

The country’s cabinet passed a resolution on February 2 that calls for Poland to obtain 23 per cent of its energy from renewable sources by 2030, compared to just 13 per cent now.

The plan, dubbed PEP2040, foresees an increase in wind energy, especially from farms in the Baltic Sea, and the opening of Poland’s first nuclear power plant in 2033. No location or technology has yet been chosen for the plant, although Polish Climate and Environment Minister Michał Kurtyka met with representatives of French power conglomerate EDF on February 2 – including its CEO Jean-Bernard Levy – during a French trade mission to Warsaw.

The move toward a zero-emissions energy policy is expected to produce some 300,000 jobs, according to the resolution released by Prime Minister Mateusz Morawiecki’s office.

But while Poland’s biggest energy group, the state-run PGE, welcomed the strategy, with CEO Wojciech Dabrowski saying that, “This is a document expected by the entire energy sector. Just transition, a zero-emission energy system and good air quality are the pillars of PEP2040. They are also important elements of the PGE Group’s strategy,” environmental groups have rejected it.

“It seems that Minister Kurtyka – although he is responsible for the ministry of climate – has forgotten about the droughts, floods or hurricane winds that affect us more and more often due to climate change. The project is also detached from the realities of European politics,” said Joanna Flisowska, head of climate and energy at Greenpeace Polska.

The minister said Poland would invest 150 billion zloty (33.7 billion euros) in nuclear energy, with the first reactor coming on line in 2033. The country was one of few states in emerging Europe which did not have any nuclear reactors when communist rule ended in 1989. Although construction of a nuclear plant at Żarnowiec was begun in the early 1980s, it was abandoned in 1990.

The minister also confirmed that Poland has held talks with the Japanese Atomic Energy Agency on building a high-temperature gas-cooled research reactor. “We see this technology to be extremely promising and we would like a research reactor to be built in Poland in an international cooperation and we still see a high temperature reactor also as part of the solution to hydrogen production,” he said.

Home to some of the most polluted cities in Europe, Poland has over the past 18 months concluded that it must speed up its exit from coal, not least as the industry is becoming less and less efficient. Large amounts of coal are having to be imported, from places as diverse as Mozambique, Colombia, Australia but also Russia. The imported coal is cheaper than that which is domestically extracted. This in turn makes the domestic coal industry even less profitable and efficient, which has led to some mines closing and Polish coal piling up unused.

The first sign of a possible shift in Poland’s policy came in November 2019 when the Mr Morawiecki created a new climate ministry and installed as its head not a member of his own pro-coal party but Mr Kurtyka, a technocrat, and the former president of the United Nation’s COP24 climate talks.

In May 2020, two state-run Polish utility companies, Enea and Energa, said that they were ending their involvement in the construction of a new coal-fired power plant after PKN Orlen – Energa’s main shareholder – said it longer wanted to be part of the project in its current form.

PKN Orlen had come to believe that the project would only be feasible if pursued as a gas plant. The company has since committed to investing 25 billion zloty in green energy projects that will help it become climate neutral by 2050.

However, Poland remains the only European Union country that has not signed the bloc’s declaration pledging to achieve climate neutrality by 2050.

Who will pay for it?

Financing a nuclear power plant will not be easy.

In January, the Organisation for Economic Co-operation and Development’s (OECD) Nuclear Energy Agency launched an initiative together with the Poland’s Ministry of Climate and Environment and the International Framework for Nuclear Energy Cooperation (IFNEC) to collaborate on issues of common interest related to innovative nuclear financing.

The initiative kicked off with a technical workshop, which brought together experts from the public, private and academic sectors to discuss a number of fundamental issues pertaining to the financing of nuclear new build.

Speaking at the event, Adam Guibourgé-Czetwertyński, Poland’s undersecretary of state for climate and environment, said that after evaluating options for its future energy mix in order to reach climate neutrality and to significantly reduce energy sector emissions, Poland had concluded that nuclear energy has a “crucial role” in providing baseload power in the energy system.

“But the necessary development of nuclear power encounters many challenges and problems today, and one of the most important is the availability of adequate and effective financing at reasonable costs. It is indeed one of the greatest challenges that we face in bringing new power plant from the development stage to a reliable safe and economic commercial operation,” Guibourgé-Czetwertyński added.

“And without finding the right way to address this issue, there will be no successful nuclear power plant projects, and without nuclear the transition to zero emission clean energy system will be much more difficult.”