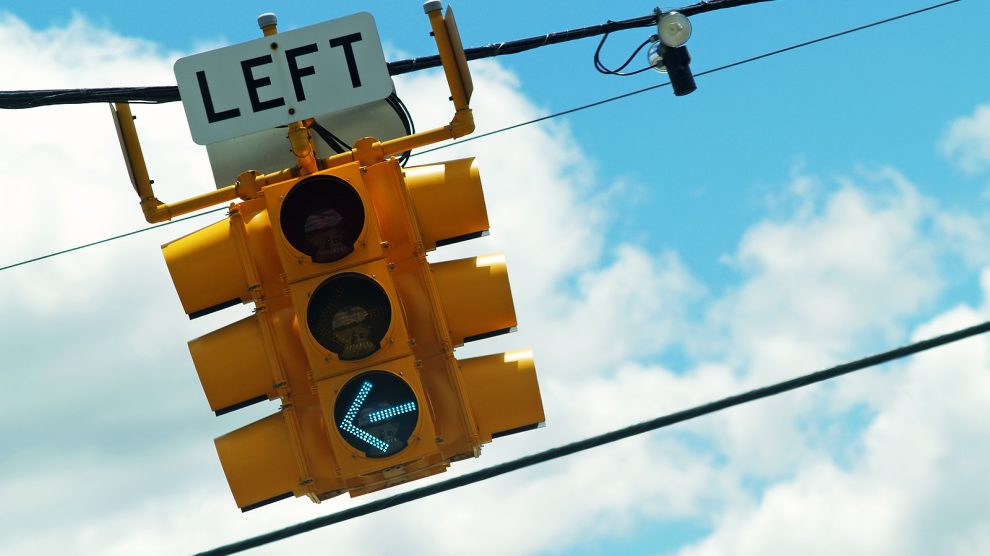 This week at its annual convention, the Left further cemented its shift away from the country’s opposition.

The reactions of the liberal establishment, according to an op-ed in the newspaper Rzeczpospolita, was “almost hysterical”, in particular that of former foreign minister and current MEP from the main opposition Civic Platform (PO) party, Radosław Sikorski, who compared the agreement between Lewica and PiS to the Hitler-Stalin Pact of 1939.

“After losing six elections in a row since 2014, it’s clear that PO’s strategy of ‘total opposition’ has failed,” Hillebrand adds.

A recent survey appears to confirm this: the poll, of young and first-time voters, showed that 49 per cent would vote for Lewica, but only three per cent for PO.

“Over the past six months, the government coalition […] has been decaying markedly, creating a golden opportunity for the opposition to oust it. But, instead of forming a united front, the opposition fell to infighting, and Poland’s PiS-led populist government could emerge stronger than ever,” Sławomir Sierakowski, a Polish journalist, wrote in Project Syndicate recently.

PiS’s approval ratings have fallen from over 40 per cent to around 30 per cent, not least because of its handling of the Covid-19 pandemic. At around 1,900 per million inhabitants, Poland’s death rate now exceeds that of the US, UK and Sweden.

This week Lewica became the first opposition party to react to the PiS programme, the Polish Deal. It also sidelined – for now – identity and social issues such as abortion and LGBT+ rights, neither of which were mentioned during the convention, although it has registered a citizens’ initiative committee to liberalise the abortion law.

The Polish Deal, presented on May 15, combines more social transfers with more progressive taxation. Poland would receive up to 171 billion euros from the combined resources of the EU budget and the EU recovery fund up to 2027. At least 30 per cent of the EU funds are to be channelled through local governments, with 75,000 affordable rental flats to be built from the EU funds, 800 million euros invested in district hospitals, and 300 million euros for those sectors of the economy that have suffered more than others from the pandemic: hospitality and transport.

On May 23, seven Lewica MEPs presented proposals to increase spending on healthcare to 7.2 per cent of GDP, paying 100 per cent of a worker’s salary while on sick leave, the abolishment of “junk” contracts and higher wages for public sector employees.

Three streams of the Polish left put their differences aside and stood under a single banner in the election. With three male figures —Włodzimierz Czarzasty, Robert Biedroń and Adrian Zandberg — representing the coalition, it was nicknamed the “Three Tenors” pact.

The biggest player — the Luciano Pavarotti if you will — is Czarzasty’s post-communist Democratic Left Alliance (SLD), which held power from 1993 to 1997 and 2001 to 2005 and is largely made up of people from the united workers (communist) party. As the only party in the Left bloc electorally big enough to get state funding, its role in the Triumvirate is crucial.

Wiosna (Spring) meanwhile is a political project led by the openly gay Biedroń, perhaps its main distinctive feature. Its formal integration into the SLD is slated for this later year. The third entity, Razem (Together), was founded in 2015 as an avowedly left-wing party.

“The SLD is a key bloc of voters, and its nostalgia and welfarism are important attractions for a group of the electorate,” says Adam Ostolski, ex-leader of the Green party and a sociologist at Warsaw University. “But this group, with the other parts of the ‘new left,’ will probably hit a ceiling of 15-20 per cent of votes in the short-term,” he goes on. “The ‘reluctant voters’ are the key. They may not trust PO, but they don’t understand the Left,” he says.

“The Left has a hard time admitting that the core of its message could go hand-in-hand with a coherent and politically-mobilised group of voters who are Catholic or post-Catholic,” Wojciech Przybylski of the Res Publica think-tank in Warsaw says.

PiS cannot be considered left, says Przybylski. “They are showing candies of the left in the shop window, but are carrying out a full frontal right-wing economic policy where party officers are using public resources to capitalise private and party gains. That’s not the left.”