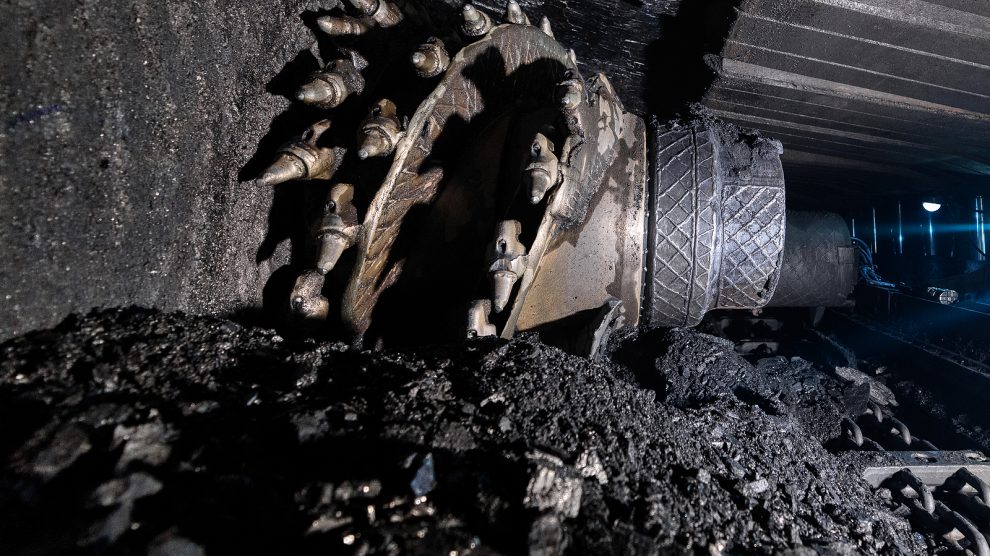 Serbia appears to have finally committed to exiting coal.

Workers and miners at the Thermal Power Plant Nikola Tesla (TENT) and the Kolubara mine in central Serbia this week held a “warning protest” over a supposed letter in which the country’s ministry of mining and energy instructed the state-owned EPS power company (Elektroprivreda Srbije) to halt construction of the planned Kolubara B coal power plant.

Construction on the Kolubara B plant, an addition to the already existing lignite Kolubara plant, began in the 1980s but was halted in 1992. In 2012, the project was resurrected again when the European Bank for Reconstruction and Development (EBRD) briefly considered financing it. Then, in 2020, a preliminary agreement was signed with PowerChina but no permits have been issued yet.

Representatives from the Kolubara workers union told Radio Free Europe EPS received the letter from the ministry on May 21, which stated that from 2021, Serbia’s mining sector would be slowly shut down — including the Kolubara and Kostolac mines — a process that would be complete by 2030. They claim this would leave 18,000 people out of work.

The authenticity of the letter has not yet been confirmed.

Nevertheless, the following day Zorana Mihajlović, the country’s energy minster, met with the EPS union. After the meeting she said that a council would be formed to create an action plan regarding thermal power plant capacity goals for the year 2050.

“Whether or not new capacities will be built is not the main question but what is justified in this situation — should we focus on revitalising existing plants and do everything to produce power in a sustainable way,” Ms Mihajlović said.

Speaking at the Kopaonik Business Forum on May 26, Ms Mihajlović told an energy panel that “we are against building new thermal power plants because we think it’s not justified but we should turn to healthier and more sustainable ways to produce energy.”

Health concerns over the emissions of harmful particles in the process of energy production via lignite plants have dominated the Serbian media and public sphere for several years. Reports of highly polluted air during winter have exposed the issue that according to the country’s health authorities causes around 6,000 preventable deaths each year.

Previously, Ms Mihajlović stated that investment in renewables would also mean new jobs connected to the construction and operation of the new plants that could harness renewable sources of energy.

Because of the agreement with PowerChina, Serbia now finds itself between contractual obligations and its obligations to fight climate change and reach carbon neutrality as part of its EU accession process. Serbia is a signatory of the Green Agenda for the Western Balkans, part of the European Green Deal.

In October of 2020, Antoine Avignon, the programme manager of the EU delegation for the environment and climate change said that investing into the construction of Kolubara B and extending the life cycle of Kolubara A is not a good way forward for Serbia in light of the EU’s own commitments to carbon neutrality by 2050.

The Kolubara A and Morava power plants, both operating as part of TENT, currently account for three per cent of EPS’s total electricity production.

For now, despite some confusion on the issue, it seems that construction on Kolubara B has halted. The ministry of energy confirmed to local media that no permits have yet been issued.

Environmental organisations have welcomed the news.

“Considering Serbia’s heavy reliance on outdated and polluting coal power technology, that accounts for 50 per cent of all thermal power plant greenhouse gas emissions in the Western Balkans, the cancellation of Kolubara B is the bare minimum the Serbian Government could do,” says Mirjana Jovanović from Belgrade Open School. “It must now also examine the feasibility of cancelling the Kostolac B plant. It may turn out cheaper to cancel it than to pay for carbon emission allowances.”

Some, however, have called into question the government’s commitment on just energy transition.

Mirko Popović, programme director of the Belgrade-based RERI (Regulatory Institute for Renewable Energy and the Environment), told local media that the government “has not spoken about just transition with anyone.”

“Of course people are afraid for their jobs and their futures. We don’t know what the plan for energy transition in Serbia is,” he commented.

“Planning for a just energy transition must involve all affected stakeholders, as well as experts, and ensure a coherent approach to ensure a successful and just energy transition. This is the only way that Serbia can achieve net zero emissions by 2050, which must be its main climate and energy aim,” he concluded.