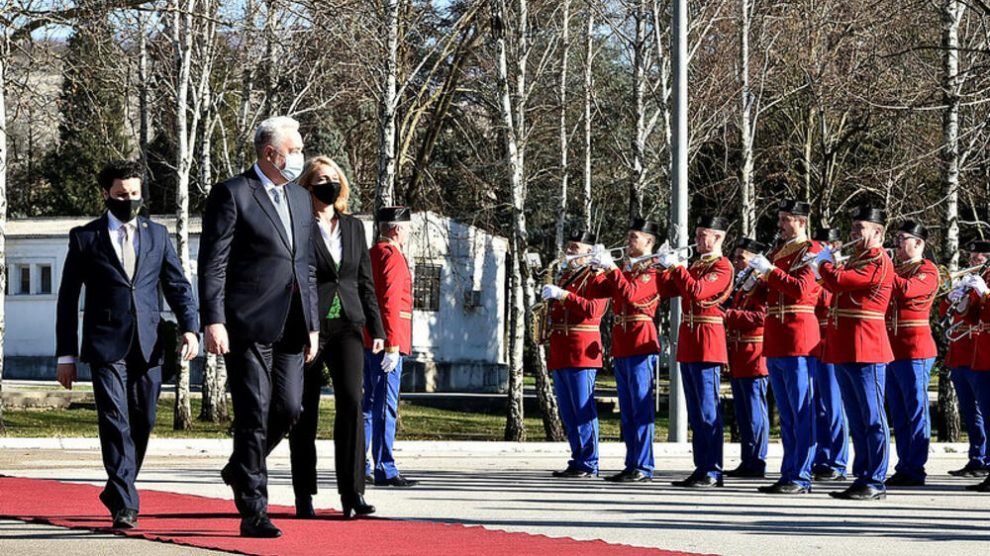 History was made in Montenegro last August when a parliamentary election not only saw the country’s largest ever turnout (76.64 per cent) but also – more importantly –  saw the nation’s ruling party lose an election for the first time.

It was a shock for the then-ruling and now-opposition Democratic Socialist party (DPS) of president Milo Đukanović, and a cause for celebration for a broad-tent coalition that brings together a large number of parties from across the political spectrum.

Now, a new technocrat government – which took office in December – is faced with several challenges: the ongoing Covid-19 pandemic, the EU accession process, and Montenegro’s relationship with its closest neighbour, Serbia.

“It’s a new beginning for Montenegro,” the country’s prime minister, Zdravko Krivokapić, who prior to taking office was a mechanical engineering professor at the University of Montenegro, tells Emerging Europe.

“On August 30 [the date of last year’s election], there was a liberation, because freedom was returned to every individual,” he says.

The new government has declared its priorities to be economic growth, the battle against the pandemic, and the rule of law. But Mr Krivokapić adds that there is work that needs to be done on a social level too, the country’s value system.

“Once we change the value system which has, in a moral sense, been something unnatural, then we can go into all other kinds of rebirths, especially economic […] The joining of a systemic change of the value system and economic policy is what will ensure this rebirth,” he says.

Becoming a member of the EU

When it comes to Montenegro’s path to the European Union, Mr Krivokapić says it’s the “basic commitment” of the government.

He points to chapters 23 and 24 of the accession process, which deal with the judiciary and the rule of law, as the most important – not just for Montenegro but for all the Western Balkan countries.

“It’s true that I’ve said in Brussels that I see Montenegro as the next member state of the EU. But I didn’t guess at the year [of accession]. My goal is to fulfill all of the demands and standards, and to be a worthy member of the EU — in the economic, social, and every other sense,” Mr Krivokapić says.

A reset with Serbia?

One of the most troubling and persistent issues for Montenegro in recent years has been its relationship with Serbia, from which it declared independence in 2006.

In November last year, the two states were involved in a diplomatic spat overs Serbia’s former ambassador to Montenegro, Vladimir Božović. Mr Božović was expelled from Montenegro by the previous government, over comments which were understood to be meddling in the country’s internal affairs.

Initially, Serbia was about to reciprocate, but quickly reversed course. This left Serbia and Montenegro with a peculiar diplomatic puzzle. How to reset their relationship while one country doesn’t have an ambassador to the other?

For the past few weeks, Mr Krivokapić and his Serbian counterpart Ana Brnabić have been involved in a careful and measured exchange of words in the media. Brnabić was invited to visit Montenegro, but said it was “inconvenient” to visit a country from which an ambassador had been declared persona non grata.

However, Mr Krivokapić tells Emerging Europe that if he were to be invited to Serbia, he would visit.

“I’m sending a new offer to Serbia, that I am ready to come anytime, if invited, and I won’t be bothered by the fact that Montenegro doesn’t currently have an ambassador in Serbia.”

While he called the relationship between Serbia and Montenegro “traditionally good” he adds that he is “confused” by the messages he is getting from Serbia.”

“I can’t understand the messages I am receiving, especially not since they are coming from the Serbia’s highest state institutions. If I am the issue, then let the vice president [of the government of Montenegro, Dritan Abazović] go.”

Mr Krivokapić calls the issue of normalising the relationship with Serbia an inherited one.

Yet another inherited problem is the kerfuffle over a controversial freedom of religion law that caused widespread protests in 2019 and 2020, and has since been repealed, but not without issues and what some have called obstructions from President Đukanović.

The law contained a provision that, in the view of the Serbian Orthodox church, could have led to its properties (churches and monasteries) in the country being seized by the Montenegrin state.

A wave of disaffection with the law was, according to many analysts, a major factor in the eventual fall of the DPS-led government.

Changing the law was one of the new government’s priorities, and on January 25, the bill which cancelled it was signed into law by the president. Mr Đukanović had previously declined to do so, returning it to the National Assembly.

However, as he announced that he was signing the law, Mr Đukanović suggested on social media that a legal challenge in the country’s Constitutional Court would be forthcoming.

On the same day, an NGO named Montenegro International submitted a complaint to the court.

Mr Krivokapić says that doing so is a legitimate right, but he doesn’t believe there is anything in the law that is unconstitutional.

“As far as the law on religious freedom is concerned, there is no clause, not a single point, that could be problematic in judging its constitutionality,” he says.

He also adds that the “current constellation” of the Constitutional Court, along with other institutions in Montenegro, is “party-based.”

This recalls an incident which occurred at the same time as the changes to the law on religious freedom were first discussed in parliament, when the State Electoral Commission (SEC) refused to verify the mandate of an opposition MP, Suada Zoronjić.

“The constitution of Montenegro guarantees that the will of the citizens cannot be changed […] it says in in the constitution that the number of MPs is 81. If that is the measure in the constitution, then why is the SEC turning the situation in the assembly into 40 vs 40? To create an obstruction, of course, not to help,” Mr Krivokapić explains.

Mr Krivokapić says that there was a vacuum between September 1 and December 7 last year, in which the outgoing government did not complete preparations for Covid-19 immunisation.

“We are three months late compared to other systems,” he says. “But since this government is working turbo-actively, we hope that the first vaccinations in Montenegro will begin in early February. The first vaccination is planned for the protection of those who are most vulnerable, the nursing home and healthcare workers.”

As in most countries, Montenegro’s lucrative tourism sector has been hit hard by the pandemic.

“We want to restore the tourist season and our budget projection for next year is 50 per cent of 2019. This way we are preparing the tourist season with one of the key elements being vaccination of citizens and defining good safety practices so every tourist who comes to Montenegro can be, as much as it is possible, protected from Covid-19.”

Additionally, Mr Krivokapić says that the new government would like to change the balance of the country’s economy somewhat.

“We want to get investments with renowned investors started, to shift the balance of the economy where the dominant market was tourism, to bring back the industrial capacities that Montenegro used to have,” he concludes.