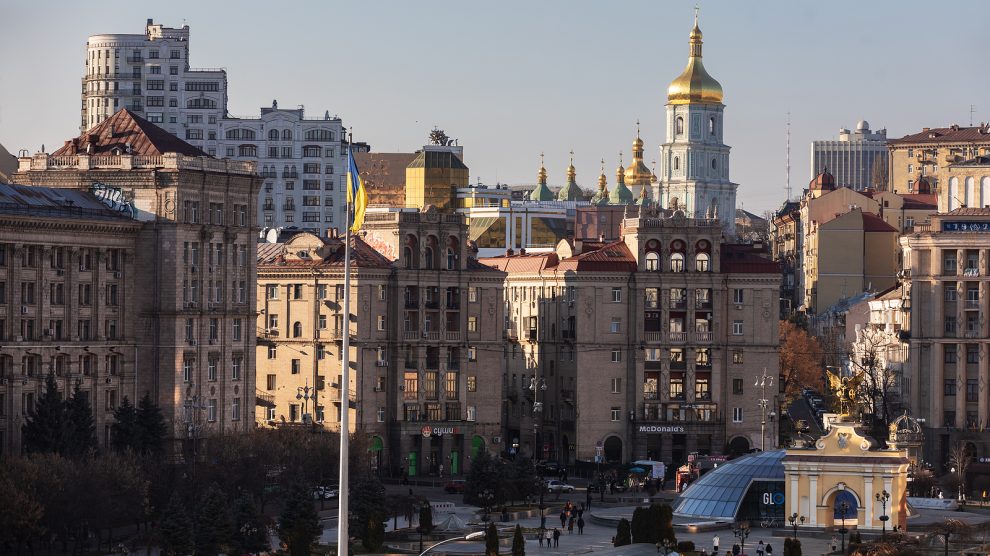 Vladimir Putin has unleashed an unprovoked attack on Ukraine, calling for the ‘demilitarisation’ and ‘denazification’ of the country.

Russia has invaded Ukraine, launching a wide-scale military offensive on multiple fronts at around 5am on the morning of February 24.

The capital Kyiv, the eastern city of Kharkiv and the ports of Odesa and Mariupol have all come under fire from Russian missiles targeting military installations and airports. Kyiv’s Boryspil airport has seen the fiercest fire, and Ukrainian airspace has been closed to commercial traffic.

“Putin has just launched a full-scale invasion of Ukraine,” said Ukrainian Foreign Minister Dmytro Kuleba. “Peaceful Ukrainian cities are under strikes. This is a war of aggression. Ukraine will defend itself and will win. The world can and must stop Putin. The time to act is now.”

He later said that the world must impose “devastating” sanctions against Russia, and that Belarusian armed forces had also attacked Ukraine.

Via social media, President Volodymyr Zelensky has told Ukrainians to stay calm and to stay at home. Martial law has been declared across the country. One person we spoke to in Kyiv reported that he had been on his way to the office before returning home after hearing explosions. Public transport in the city continues to operate, and while there are queues at ATMs and supermarkets, there is no panic. There is also little evidence to suggest that people are leaving the city in large numbers.

“Anyone not involved in defending or maintaining the city’s infrastructure should stay at home, and keep an ‘alarm’ suitcase ready,” said the city’s mayor, Vitali Klitschko, a former world heavyweight boxing champion.

‘We do not intend to occupy Ukraine’

The invasion was announced by Russian dictator Vladimir Putin in a television broadcast that appears to have been recorded at least two days earlier. Putin described the invasion as a “special military operation” and did not formally declare war on Ukraine. He said that the country needed to be “demilitarised” and “denazified”.

“We do not intend to occupy Ukraine,” he added, and warned other nations not to intervene.

“To anyone who would consider interfering from the outside: if you do, you will face consequences greater than any you have faced in history. All relevant decisions have been taken. I hope you hear me,” he said.

The Russian attack confirms western intelligence reports that had suggested an invasion was imminent, and will place further pressure on Ukraine’s allies to impose the most severe sanctions.

US President Joe Biden called it an “unprovoked and unjustified” attack.

“The prayers of the entire world are with the people of Ukraine. President Putin has chosen a premeditated war that will bring a catastrophic loss of life and human suffering,” Biden said. “Russia alone is responsible for the death and destruction this attack will bring, and the United States and its allies and partners will respond in a united and decisive way. The world will hold Russia accountable.”

NATO chief Jens Stoltenberg said that the bloc stands with Ukraine “at this terrible time”, and will do all it takes to defend all allies.