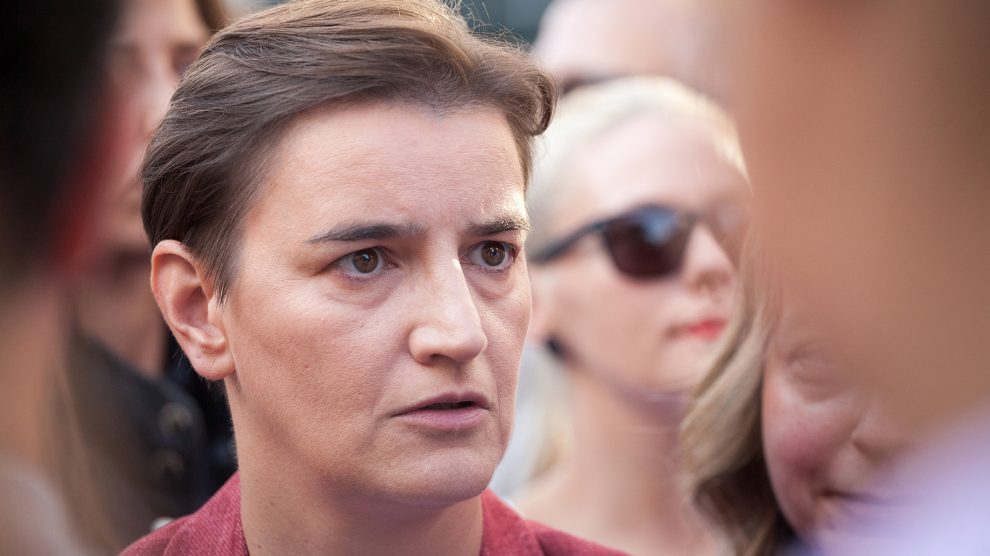 Unless Serbia finds a way to resolve its long-running dispute with its former province, Kosovo, its path to the EU will remain blocked.

Serbia on December 14 took a significant step towards its goal of joining the European Union by opening accession talks on four new policy areas, but European officials have once again warned Belgrade that progress depends on the continuation of reforms and the normalisation of relations with Kosovo.

Serbia was this week allowed to open talks on climate change and environment, energy, transport policy, and trans-European infrastructure networks, marking the first time the country has opened four chapters at once.

Countries wanting to join the EU must bring their laws and regulations into line with the bloc’s standards, achieved by negotiations in 35 policy chapters, ranging from the free movement of workers to taxation and agricultural and economic policy.

Belgrade has now opened 22 negotiating chapters since its membership talks began in 2014. Two have been provisionally closed.

In a statement following a meeting to discuss Serbia’s accession in Brussels, the Council of the European Union said that it continues to underscore that progress on the rule of law and fundamental rights chapters, as well as on the normalisation of Serbia’s relations with Kosovo, as set out in the negotiating framework, remains “essential” and will “determine the pace of accession negotiations overall”.

“Bringing enlargement forward has been one of the main priorities of our presidency, and we are particularly pleased to see the practical implementation of the revised enlargement methodology with the first ever opening of a negotiating cluster. This brings more dynamism to the accession negotiations,” said Gašper Dovžan, state secretary at the Slovenian Ministry of Foreign Affairs. Slovenia currently holds the rotating presidency of the Council of the EU.

Serbian Prime Minister Ana Brnabić (pictured above) told reporters in Brussels that the move marks “a very important milestone for our European integration process, and a strong motivation to continue with our reforms”.

Nevertheless, Serbia’s path to the EU will remain blocked unless it can end its dispute with Kosovo.

Kosovo declared independence from Serbia in 2008, but Belgrade refuses to recognise its former province as an independent state.

The 10-day dispute was resolved after the two sides reached an agreement during European Union-mediated talks in Brussels that involved deploying members of the NATO-led KFOR stabilisation force at crossings.

But with formal dialogue halted, the normalisation process currently appears to be heading into reverse, back to a time of “reciprocity policies” that in 2019 resulted in Kosovo imposing 100 per cent import tariffs on Serbian products in response to Serbia’s so-called de-recognition campaign, which began in 2017 and led to around a dozen countries which had previously recognised Kosovo’s independence changing their minds.

On December 14, the Council of the EU called on Kosovo to do its part by “engaging in EU-facilitated dialogue in good faith and in the spirit of compromise to achieve a comprehensive legally binding agreement with
Serbia in accordance with international law and the EU acquis”.

“This is crucial so that Kosovo and Serbia can advance on their respective European paths. The Council reiterates its strong expectation that all past agreements are respected and implemented without delay. Both parties should also avoid actions that undermine stability and rhetoric that is not conducive to dialogue.”

Last week, 47 civil society organisations from both Serbia and Kosovo urged their governments to make more of an effort, expressing “deep concern” about a “deteriorating situation on the ground”.

In a joint letter, the organisations called on the Prishtina and Belgrade governments to resume their dialogue in a substantial and sustainable manner, and “promptly implement already reached agreements”.

Serbia’s president, Aleksandar Vučić, and Prime Minister of Kosovo Albin Kurti have not met since July.