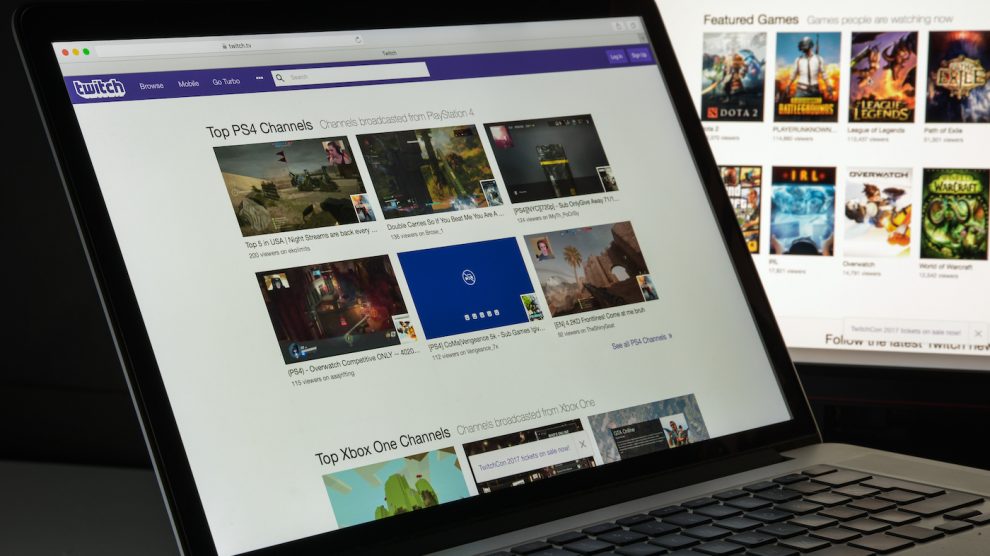 Slovakia has banned Twitch after a single Slovak language streamer was accused of illegal gambling.

The American streaming service initially quickly gained popularity amongst video game enthusiasts. Professional gamers flocked to the platform where fans can watch them play in real-time and interact with and tip the streamer.

However, recently the platform has faced backlash from creators, audiences, and sponsors due to its failure to act upon problematic and, at the time, illegal content being broadcasted live to viewers of all ages.

One category that has grown to be particularly popular on the website is online gambling. Thousands watch players as they play slots virtually for hours, documenting their every winning and losing move.

Many such popular users further offer discount codes that viewers can use to join the gambling website on which they are playing.

The Slovakian Twitch streamer who went by the username dDandis was just one amongst a growing number of users to attract an audience with this type of content. But by live-streaming himself playing e-poker, he managed to get Twitch banned in his entire country.

The account had attracted over 35,000 followers before Twitch was banned in Slovakia for violating the country’s gambling-related laws.

In the aftermath of the Slovakian ban, the popular Twitch gamer Asmangold tweeted, “Twitch needs to ban gambling streams full stop. Just looking at EU gambling laws, anyone could see this will not end well.”

However, the EU does not have a unified approach to online gambling, and rules can differ substantially from one member state to another.

Slovakia and Poland, alongside Sweden, have some of the strictest regulations in the whole bloc regarding e-gambling.

The fate of Twitch does not appear to be uncommon in Slovakia — websites that offer or showcase gambling without a license had been blocked in the country before.

Licensed operators are overseen by the Slovakian Ministry of Finance and expected to pay 27 per cent of the difference between the payoffs and the amount of money generated through bets in tax.

In Poland, online gambling, in particular, is essentially prohibited. The national lottery and sports betting are the only legal manifestation of gambling, but only locally based companies are allowed to apply for a licence.

Monopolised by Totalizator Sportowy and supervised by the Polish Ministry of Finance, the entire industry is worth more than 4.5 billion Polish złoty (over 1 billion euro).

Internationally, concerns over the repercussion of unregulated gambling online are growing as an increasingly younger audience is being allowed access to the addictive and often illegal pastime.