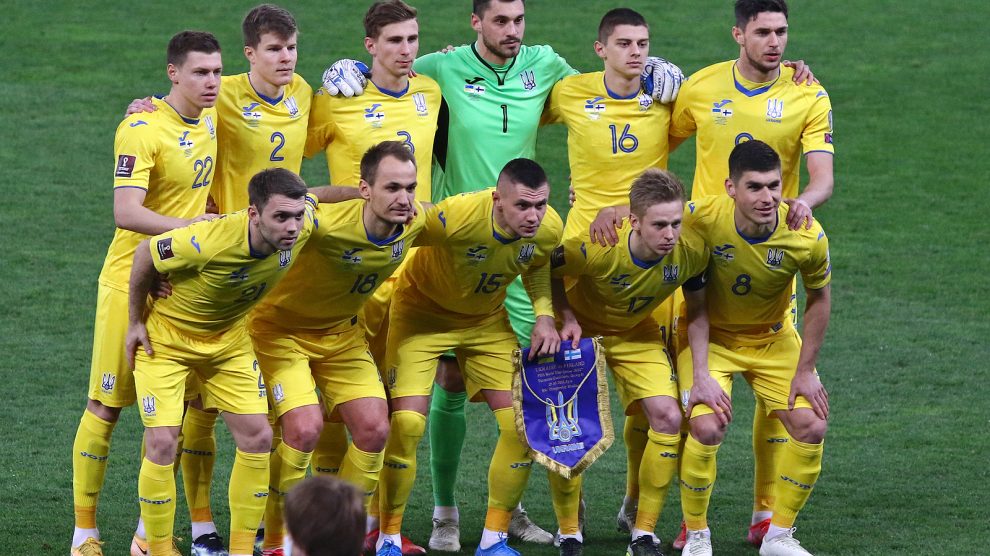 European football’s governing body UEFA has given the all clear for Ukraine to wear a shirt that includes a map of the country’s internationally-recognised boundaries, much to the annoyance of Russia.

Just days before the beginning of the European football championships, Andriy Pavelko, the boss of the Ukrainian football association, on June 6 revealed the shirt Ukraine’s players will wear at the tournament, which features the outline of the country’s borders – including Crimea, currently illegally occupied by Russia – and also includes the slogans “Glory to Ukraine!”.

According to Pavelko, “Ukraine’s silhouette will give strength to the players because they will fight for all of Ukraine. And all Ukraine, from Sevastopol and Simferopol to Kyiv, from Donetsk and Luhansk to Uzhgorod will support them in every match.”

Sevastopol and Simferopol are in Crimea, while Donetsk and Luhansk – in the east of Ukraine – are controlled by separatist forces backed by Russia.

She added that the “Glory to Ukraine!” slogan was “nationalistic and echoed a Nazi rallying cry”.

A Russian MP meanwhile, Dmitry Svishchev, called the shirt “totally inappropriate” and urged UEFA, European football’s governing body, to take action. He was quoted by the Russian news agency RIA as saying the shirt design was “a political provocation”. He said showing a map of Ukraine “which includes a Russian territory is illegal”.

UEFA however has cleared the shirt.

In a statement, UEFA said: “The shirt of the Ukrainian national team (and of all other teams) for UEFA Euro 2020 has been approved by UEFA, in accordance with the applicable equipment regulations.”

The US embassy in Kyiv has also given the new kit the thumbs up, posting on Twitter: “Love the new look. Glory to Ukraine! #CrimeaisUkraine.”

Russia invaded Crimea in 2014, which is internationally recognised as Ukrainian territory.

Ukraine’s first match at Euro 2020 is on June 13, in Amsterdam against The Netherlands.