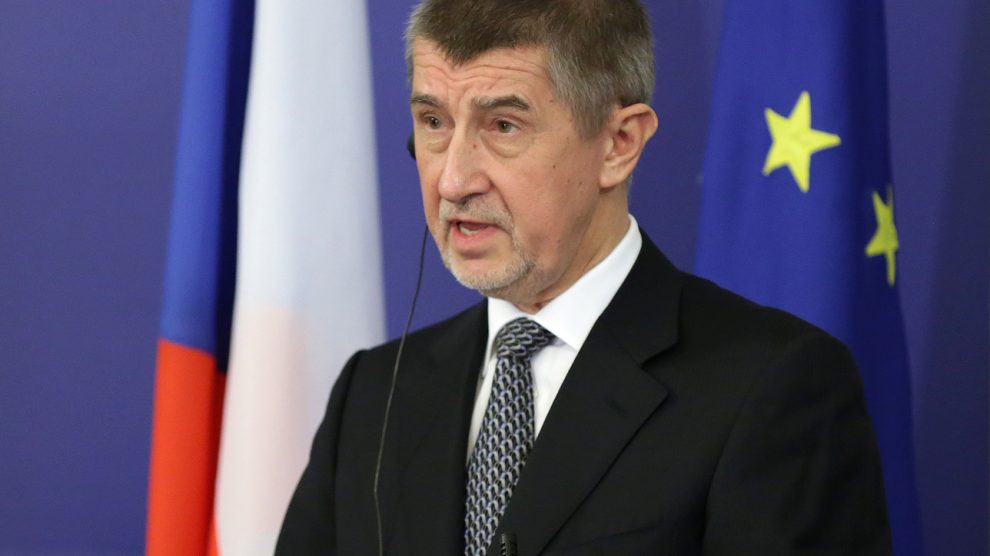 Czech Prime Minister Andrej Babiš survived a confidence vote in parliament last week, but now faces a potentially more hostile foe in the form of an EU investigation into his alleged misuse of EU funds.

Czech Prime Minister Andrej Babiš and his business empire may reportedly be among the first cases investigated by the EU’s new joint prosecution unit.

The Luxembourg-based European Public Prosecutor’s Office (EPPO) – headed by Romanian anti-corruption chief Laura Codruța Kövesi – began work on June 1 with a mandate to investigate and prosecute fraud against EU budget and other crimes against the EU’s financial interests, including fraud concerning EU funds of over 10,000 euros and cross-border VAT fraud cases involving damages above 10 million euros.

Previously only state authorities could investigate and prosecute these crimes and could not act beyond their borders.

While five EU members, including Hungary and Poland, are not participating in the EPPO, unlike existing legal institutions such as the European Anti-Fraud Office (OLAF), the EPPO will still have the mandate to prosecute people from those countries.

Babiš transferred his Agrofert holding of firms in the farming, chemicals, food and other sectors – many receiving EU subsidies – to trust funds when he became Czech PM in 2017.

However, an EU audit concluded in April that he was still in control of a farm and hotel complex that Babiš claims was owned by members of his family, and not by Agrofert. The complex has received around two million euros in EU subsidies.

As a result, the EU claims that the billionaire breached conflict-of-interest rules. Prosecutors have also said that the comlplex should not have been eligible for EU subsidies, which were intended for smaller businesses.

Czech investigators last week recommended that the prime minister be indicted over the alleged fraud. They first recommended this two years ago, but a prosecutor decided to drop the case.

Agrofert is a large recipient of EU farm subsidies. In 2019 it received 1.5 billion euros from EU funds, making it the largest Czech recipient. It also benefits from procurement contracts, even though its owner is the prime minister of the government handing out the contracts.

Indeed, the Commission has also ordered an audit to decide whether conflicts of interest regarding EU funds have become systemic in Czechia. An EPPO local representative said the new body expects the Czech authorities to hand over around 60 cases, with the EPPO then deciding which fall within its jurisdiction.

For Babiš, whose government survived a vote of no confidence in the Czech parliament on June 3 – the timing is poor.

The Czech PM faces an election campaign over the summer, ahead of a parliamentary election in October. He has blamed the opposition Pirate party, which filed the original complaint, for pushing the case for “political” reasons.

Liberal and centre-right opposition parties have also attacked the Czech government for its response to the Covid-19 pandemic, which has claimed more lives per capita in than in almost any other country in the world.

Babiš, under political pressure as support for his ANO party drops off in the run-up to the election, denies any wrongdoing. ANO currently trails a coalition of the Pirate and Mayors parties.

Hungarian Prime Minister Viktor Orbán’s government meanwhile has indicated several times that it doesn’t support the idea of having an independent body investigating corruption cases in the EU.

OLAF, the European Anti-Fraud Office, concluded 43 investigations into Hungary’s misuse of funds where it found irregularities between 2015-19, the highest number in the bloc, and recommended the European Commission recover almost four per cent of EU payments made to Hungary, 10 times more than the EU average.

Anti-corruption watchdog Transparency International Hungary said that every country not joining the independent agency will become a magnet for white-collar criminals.

Like Hungary, the Polish government has long been against the EPPO, arguing it could further erode national sovereignty.

Justice Minister Zbigniew Ziobro, who is also Prosecutor General, said: “The EPPO would slowly take over the area of activity of the National Public Prosecutor [which] would become a servant of the EPPO.”