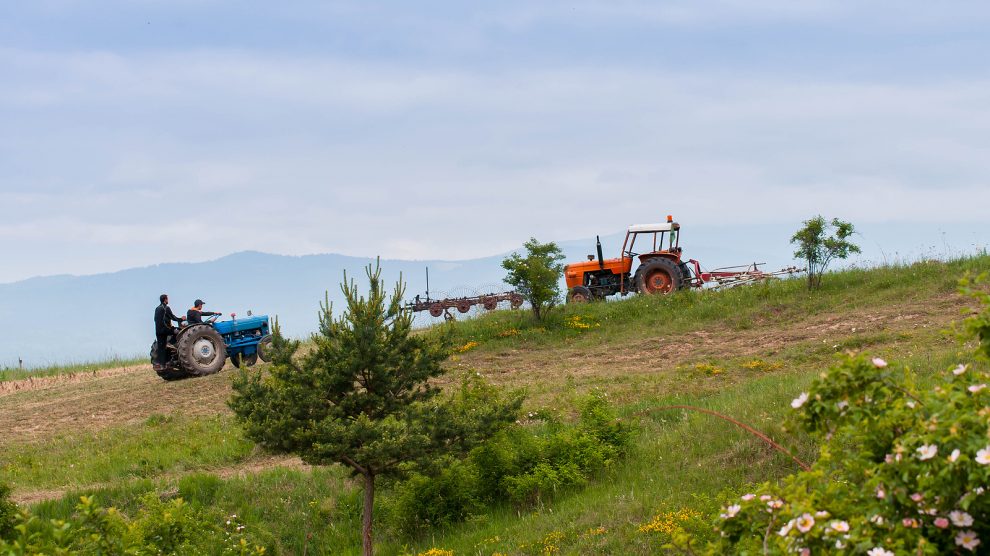 The EU needs to introduce tougher controls on the distribution of agricultural funds to stamp out corruption and ensure that CEE’s small farmers get their fair share.

Green members of the European Parliament working on the protection of the EU’s budgets have claimed in a new report that the misuse of European agricultural funds is widespread and a major concern in Central and Eastern Europe.

The report that looks at five countries — Bulgaria, Czechia, Hungary, Slovakia and Romania — and reveals that EU funds tend to end up in the hands local oligarchs connected to political elites or big conglomerates, rather than helping medium and small-sized farms as intended.

Additionally, the report outlines several cases such as fraudulent claims and payments in Slovakia, conflicts of interest around the Czech PM’s Agrofert company, and state interference in Hungary.

“The evidence shows that EU agricultural funds are fueling fraud, corruption and the rise of rich businessmen. Despite numerous investigations, scandals and protests, the Commission seems to be turning a blind eye to the rampant abuse of taxpayer’s money and Member States are doing little to address systematic issues,” says Viola von Cramon MEP and the Green/European Free Alliance (EFA) member of the European Parliament’s Budgetary Control Committee.

The report says that there is “clear inequality” between fund allocations for big and small farmers, and that there are systemic advantages for big farms whose managers typically have ties with the ruling parties in the CEE countries.

In Bulgaria, a 2016 report by the Economic Research Institute found that the lion’s share of EU AGRI funds in Bulgaria were doled out to about a hundred individuals.

Fraud is an issue in the country too, with a recent example being projects to build “guesthouses” for rural tourism under the Rural Development Programme. After journalists raised the issue of private holiday homes branded as “guesthouses” being built with EU funds, there was an official investigation and of the 288 objects built, only 23 were fully compliant with the with legal provisions of the programme. The owners of the others had to return the subsidies in full. Among the people who built these “guesthouses” was a deputy economic minster who lost his job as a result.

Fraud with regards to agricultural funds is especially pronounced in Romania. In 2018 and 2019, according to reports from the EU’s anti-fraud office (OLAF) the country recorded the highest number of fraud cases of anywhere in the EU.

Romanian farmers also face problems with red tape and bureaucracy. Both small and medium-sized farms have complained that high levels of bureaucracy are required to access even minimal amounts of funding and subsidies, which many say makes the endeavour unattractive.

Slovakia too has seen scandal concerning fraud, most notably when Ľubica Rošková, a former member of parliament, and her business partner Patrik Šuchta ran a company which fraudulently collected funds by claiming subsidies they were not entitled too.

In Czechia, both the issues of proportion of funds awarded to big players as opposed to small farms and conflict of interest are present. The report finds that between 2016 and 2018, 75 per cent of funds went to large businesses. The situation is similar in Slovakia, where the majority of direct payments of agricultural funds also goes to large corporate farms.

Moreover, in Czechia, the largest recipient of funds in 2017 was Agrofert, a company connected to Andrej Babiš, the country’s PM, which raises questions about possible conflicts of interest.

“We have seen in my own country how EU agricultural funds are enriching an entire class of people all the way up to the Prime Minister,” says Mikuláš Peksa, an MEP for the Czech Pirate party and the Green/EFA member of the Budgetary Control Committee.

“There is a systemic lack of transparency in the CAP, both during and after the distribution process. National paying agencies in CEE fail to use clear and objective criteria when selecting beneficiaries and are not publishing all the relevant information on where the money goes.”

The report concludes that a system of control needs to be put in place regarding the final beneficiaries of the funds, conflicts of interest need to be prevented, and that more auditing and control needs to be done at both EU and member state level.

The report’s authors note that the newly proposed CAP could actually soften EU level controls, which they argue is the opposite of what the agricultural sector needs.

“Transparency, accountability and proper scrutiny are essential to building an agricultural system that works for all, instead of enriching a select few. In the ongoing negotiations for the new CAP period, we cannot allow the member states to continue operating with this lack of transparency and EU oversight,” concludes Mr Peksa.

Estonia turns the page on its flirtation with the far-right: Elsewhere in emerging Europe
Oksana Lyniv, Ukraine’s trailblazing conductor
Comment