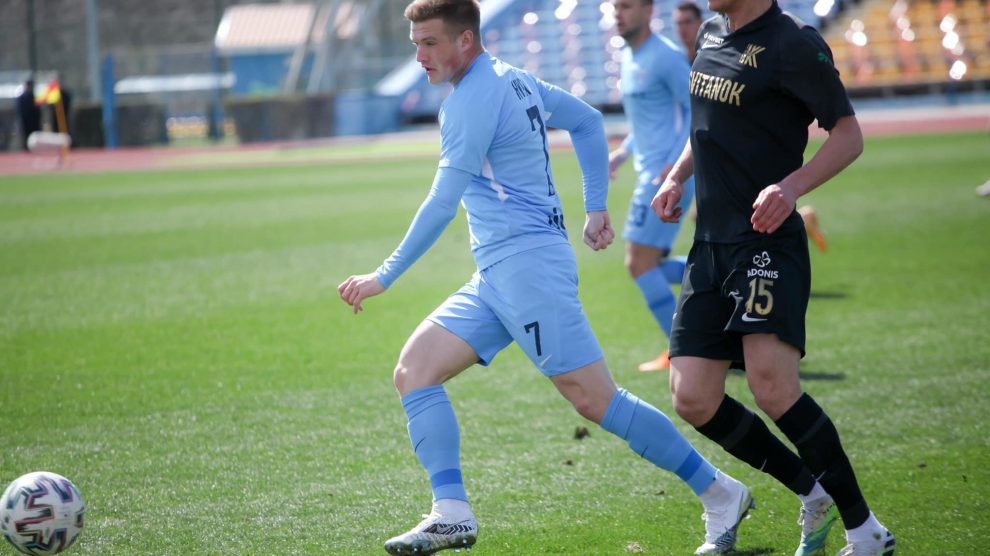 Was revenue from smuggling used to finance the swift rise of a Ukrainian football team from obscurity to the country’s highest tier?

A fresh corruption scandal has hit Ukrainian football with the owner of FC Minaj having his assets frozen by Ukraine’s National Security and Defence Council for his role in a smuggling ring.

On April 2, President Volodymyr Zelensky announced that “sanctions” had been placed on the 10 biggest smugglers in Ukraine, along with 68 associated companies. The highest-profile among these is Valeriy Peresolyak, owner of Ukrainian Premier League side FC Minaj. As part of these sanctions, Peresolyak’s assets and bank accounts have been frozen.

In an address to the nation, Zelensky called smuggling “economic terrorism” and emphasised that the sanctioned individuals are “the top 10, but certainly not the only ones.”

“Losses due to smuggling reached 300 billion hryvnia [around nine billion euros] annually, money which is denied our state budget,” the president said.

FC Minaj Director of Football Mikhailo Kopovolets, in a statement on the club’s website, said that the official position of FC Minaj is to support the president. The club will continue to exist regardless of future developments. The main task now is to stay in the Ukrainian Premier League.”

Peresolyak had been on the radar of customs officials since at ;east 2019.

In November of that year, Oleksandr Sova, a member of the Ukrainian parliament’s Committee on Finance Tax and Customs Policy named Peresolyak as the “godfather” of the smuggling in Zakarpattia Oblast in the west of the country. Mr Sova went on to claim that Peresolyak’s operation involved 4,000 minivans bringing in products from neighbouring Slovakia.

At the peak of the operation, Mr Sova estimated that Peresolyak was netting 1.5 million US dollars a month.

Little is known about Peresolyak’s life prior to founding FC Minaj. According to a June 2020 report by investigative journalist Yevhen Plinsky, Peresolyak worked in the customs authority for over 10 years, rising through the ranks to become the deputy chief of customs in Zakarpattia Oblast in 2013.

Peresolyak left this role in 2016, but retained his contacts and connections to continue his criminal activities. According to tax records, that year, he and his family declared 13 plots of land, totalling over a hectare, along with two houses and four apartments, with a total income of 2.8 million hryvnia (over 100,000 US dollars), already a large amount of capital on a civil servant’s salary in Ukraine.

Peresolyak founded FC Minaj in 2015 along with two colleagues from the customs authority. The club is based in a suburb of Uzhhorod, a formerly Hungarian city on the Slovakian border. According to Plinsky, the club was funded almost entirely through proceeds earned from the illicit smuggling and has been used for money laundering.

The club rapidly rose through the Ukrainian football pyramid. In its first two years of existence, it topped the two divisions of Zakarpattia Oblast’s regional amateur championships, winning promotion to the national amateur championship, the third tier of Ukrainian football. In the following three seasons, Minaj achieved two promotions, first to the Ukrainian First League (the country’s second tier and lowest professional level) and finally to the coveted Ukrainian Premier League in 2020.

In hindsight, the explanation behind FC Minaj’s meteoric rise through the Ukrainian football system – going from the regional amateur competitions to the top league in five years – is easily explainable. Bankrolled by Peresolyak, the club employed professional-level players even when it was competing in the amateur divisions.

Upon winning promotion to the Ukrainian Premier League, Minaj brought in several foreign players, including South African international Tercious Malepe, at a time when most Ukrainian teams were struggling financially due to the Covid-19 pandemic. It even managed to sign Artem Milevskiy, a once highly-rated Ukrainian international who played for Dynamo Kyiv and participated in Ukraine’s 2006 World Cup campaign.

Despite this, Minaj’s luck has run out this season, as the side sits at the bottom of the Ukrainain Premier League. And although club officials have claimed that the existence of FC Minaj is not in question regardless of what happens to Peresolyak, the scandal can’t be helping the players’ performances.

A fight against corruption with mixed results

This whole incident demonstrates several ugly truths about the current state of Ukraine, not least the fact that corruption is still deeply embedded into many sectors of society.

That knowledge of Peresolyak’s alleged illicit activities were widespread as far back as 2019, and hasn’t been acted upon until now, is a sad indictment of the Ukrainian judiciary.

According to Plinsky, one explanation for the slow progress on this case is the fact that Oleksandr Vasilenko, deputy prosecutor of Zakarpattia Oblast, is the godfather of one of Peresolyak’s sons. Corruption based on personal or familial ties has unfortunately been all too common in Ukraine in the past decades.

Furthermore, despite there allegedly being proof of Peresolyak’s illicit activities, no formal criminal charges of any kind have yet to be levied against him.

Two of the major promises made by Zelensky during his successful campaign to become president in 2019 were to conduct substantial reforms in the judiciary and to clamp down on corruption. Results have been mixed, at best, so far.

Additionally, this latest case also highlights the fact that Ukrainian football still has some way to go in order to switch from an unstable, oligarch-dominated model to one that is sustainable and self-sufficient.