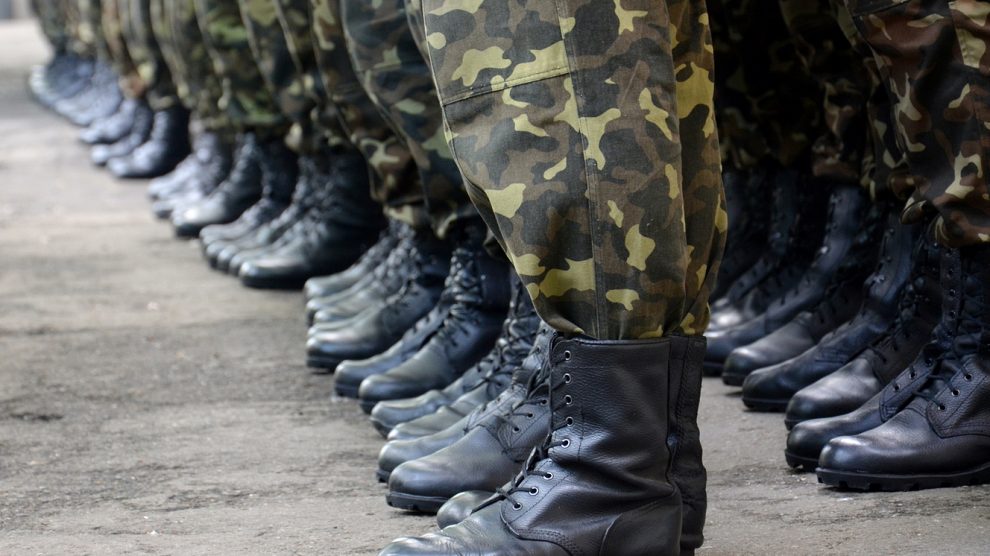 Russia shows no sign of pulling of its armed forces away from Ukraine’s borders, but while most analysts believe that its manoeuvring is no more than sabre-rattling, even a minor incident has the potential to spiral out of control.

Russia’s ongoing deployment of military forces on its border with Ukraine is continuing to fuel fears that a potential conflict may be in the offing.

Tension in Ukraine’s east has been brewing for weeks. On March 26, unusually heavy fighting on the line of contact dividing government-held territory from Ukraine’s breakaway regions ended with the death of four Ukrainian soldiers. Videos then surfaced of Ukrainian military hardware moving east, by rail, in response to reports of Russian troop movements along the Ukrainian border.

The Kremlin has dismissed its troop movements as “training exercises”.

However, on March 30, Ukraine’s chief of staff, Ruslan Khomchak, estimated that 20-25,000 Russian troops had been deployed to the border areas, with a foreign diplomat giving a lower estimate of 4,000.

Both of these figures appear to be far lower than reality.

On April 12, Ukrainian government spokesperson Iuliia Mendel stated that Russia has massed as many as 40,000 troops on Ukraine’s eastern border and another 40,000 in Ukraine’s Crimean peninsula, currently occupied by Russia.

According to the Moscow-based think tank Conflict Intelligence Team, more than 150 videos – mostly shared on the social media platform TikTok – have been identified showing Russian military equipment on the move.

Russian troops have reportedly been redeployed to the Ukrainian border area from as far away as Siberia, and a command unit is being set up in the western Russian city of Voronezh. Heavy military hardware – including tanks, air defence and rocket artillery – is also being deployed.

According to Russian sources, trucks transporting rocket artillery batteries and troops appeared without license plates – an alarming detail given how Russian military personnel in Crimea and Donbas operated without insignia during the heavy fighting of 2014 and 2015.

On April 7, observers from the Organisation for Security and Co-operation in Europe (OSCE) reported that for the first time since 2014, one of their observation drones was unable to take off “due to dual GPS signal interference assessed as caused by jamming”.

Furthermore, Russia has been bolstering its naval assets in Crimea. On April 8, the Russian ministry of defence announced that, “as part of the winter training check, more than 10 amphibious and artillery boats and vehicles are conducting an inter-fleet move from the Caspian Sea to the Black Sea.”

These moves have sparked alarm throughout the region and beyond. US President Joe Biden has already affirmed his “unwavering support for Ukraine’s sovereignty and territorial integrity”. On April 9, Turkey announced that two US Navy destroyers would pass through Turkey’s straits to deploy within Ukrainian territorial waters in the Black Sea.

Ukraine and Turkey have been increasingly levels of collaboration in the defence sector, with Ukraine possibly seeing Turkey as a potential partner to curb Russian influence.

Russian rhetoric has also been becoming increasingly belligerent. Kremlin spokespeople have continuously been accusing Ukraine of preparing for a military offensive on the two Russian-backed breakaway regions of Donbas, the Donetsk and Luhansk Peoples’ Republics.

Dmitry Kozak, Russia’s top negotiator with Ukraine, went so far as to suggest that an incident similar to the 1995 Srebrenica massacre in Bosnia could occur if Ukraine were to conduct an offensive.

He went on to warn that in such a scenario, Moscow would be “forced” to defend its citizens, and this would be “the beginning of the end of Ukraine”.

Many of those living in the breakaway regions are Russian citizens, at least on paper: according to the Kremlin’s own statistics, Russia has issued 640,000 Russian passports to residents of separatist-controlled territories in Ukraine over the past few years.

Ukraine has categorically dismissed that it is preparing an offensive, with Khomchak branding Moscow’s claims as a “disinformation campaign” and “hybrid war”.

Kremlin spokesperson Dmitry Peskov has nevertheless reiterated fears that “a civil war could break out in Ukraine” and that “if a civil war – a full scale military action – resumes near our borders, that would threaten the Russian Federation’s security.”

The timing of the recent escalation in rhetoric and troop movements has stumped many analysts and observers.

With the controversial Nord Stream 2 gas pipeline linking Russia to Germany projected to be completed by as early as next month, it would be odd for Russia to risk such a crucial project for the sake of the Donbas. Furthermore, polls show that public opinion in Russia is increasingly opposed to military intervention abroad, be it in Donbas or Syria.

Ukraine is better prepared than in 2014

Furthermore, the Ukrainian military is in a much better state than it was in 2014, when it was riddled with defections, desertions, spies and separatist sympathisers and could barely string together a full combat-ready division.

If Russia is indeed planning on a full-scale invasion, the inevitable casualties would be significantly higher than in its relatively limited previous interventions in Syria and Donbas.

According to Maxim Samorukov of the Carnegie Moscow Center, the aims of the Russian military build-up are instead “limited to demonstrating to Kyiv and Washington that Russia is prepared to respond with force to any military attempts to change the status quo in Donbas. The ostentation with which troops are being moved confirms that Russia is sabre-rattling rather than contemplating a blitzkrieg.”

However, the mere fact that there are tens of thousands of armed soldiers and thousands of pieces of military equipment on either side of the border means that the situation remains extremely tense.

Any single incident, however minor, could spiral out of control. On April 10, one more Ukrainian soldier was killed and another was wounded in clashes across the line of contact.

NATO Secretary-General Jens Stoltenberg meanwhile said on April that the Western alliance, not Moscow, would decide whether Ukraine joins in the future.

“It is for the 30 NATO allies to decide when Ukraine is ready for membership. No one else has any right to try to meddle or to interfere in that process,” Stoltenberg told a news conference.

“Russia is now trying to reestablish some kind of sphere of influence where they try to decide what neighbours can do,” Stoltenberg said.

Are Bosnia and Herzegovina’s borders back on the international agenda?
Disruptive tech offers solutions to Aral Sea crisis
Comment