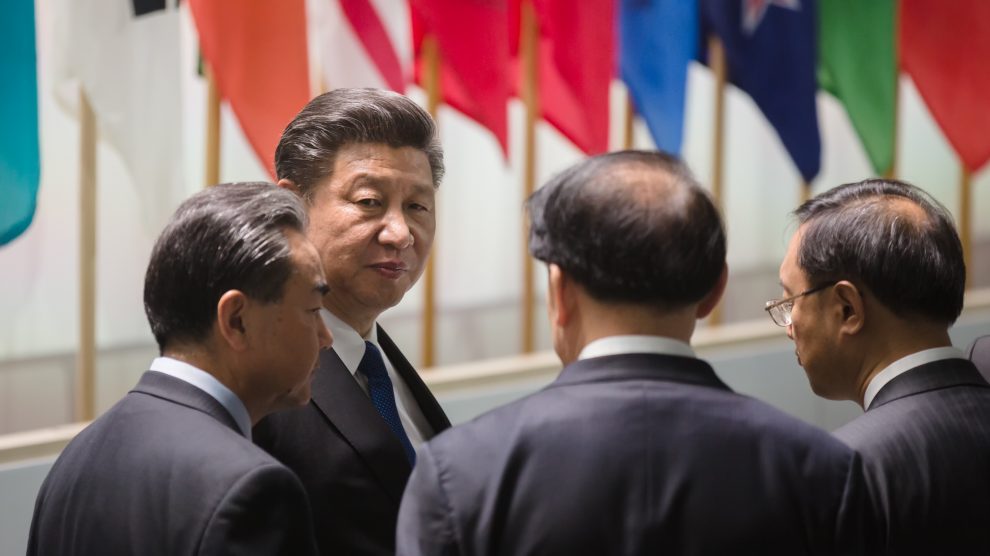 The US withdrawal from Afghanistan and the subsequent Taliban takeover has increased the strategic importance of the five Central Asia states. Russia, China – and even the US – are now scrambling to court them.

Major regional players, such as Russia and China, which have key interests in Central Asia, have boosted their efforts to prevent the ongoing turmoil in Afghanistan from spilling over into neighbouring countries.

While the Russian military has long been present in Central Asia – legacy of its Soviet past – China’s presence in the region has been mainly based on investment and trade.

Nevertheless, amid the current tension in the region, China’s infrastructure projects in Central Asia, part of its Belt and Road Initiative, might now potentially be in danger, meaning that its military could take an interest.

As such, Beijing has set out to solidify its presence and to accrue more political and diplomatic leverage: some countries in the region are expecting assistance from their powerful eastern neighbour.

In the meantime, media reports also suggest that the United States might deploy some of its own military forces in Central Asia, which threatens a new battle to create spheres of influence.

Even though the United States does not plan on a military return to Afghanistan, Washington might be determined to keep fighting against the Taliban.

This is unlikely to be achievable without the establishment of military bases in Afghanistan’s neighbouring countries, preferably in Central Asia.

In April, United States officials were in contact with Kazakh, Uzbek, and Tajik authorities about the possibility of using bases in the region.

If the United States does deploy troops in Central Asia, it would not be for the first time. The country’s military had a presence in the region from 2001 and 2014.

However, this time could be different, as Russia and China are likely to oppose any deployment of US forces.

The possibility of a US return

While the governments of the Central Asian states have been talking with the Taliban for some time, they remain likely to be interested in hosting US troops, fearing attacks from within Afghanistan by islamic militants.

Large numbers of Tajiks and Uzbeks are themselves members of terrorist groups based in northern Afghanistan, intent on creating instability inside Central Asia.

There have in recent months been several high-level meetings between Zalmay Khalilzad, the US special representative for Afghanistan, and Uzbek and Tajik officials.

“As soon as the Taliban is finished dealing with internal challenges, the dangers of spillover of extremism and terrorism to Central Asia will increase. Sooner or later, this problem will become a real headache for the Central Asian states, as well as for Russia,” says Alex Petriashvili, a senior fellow at the Georgian Foundation for Strategic and International Studies.

Nevertheless, it is highly unlikely that Moscow will allow any US presence in Central Asia. Russia has been trying to cement its own influence in the region, currently contested by China. It does not want to see a third external power in the region.

Petriashvili believes that despite some reports last month of potential Russia-US cooperation in Central Asia, Russia has no real interest in following through.

“[Russia] considers Central Asia its area of influence and will be doing all it can to ensure the US military is kept out,” he says.

In 2001 the United States had little problem in using Central Asian military bases as at the time, in the wake of the 9/11 attacks, Moscow was willing to collaborate with Washington in order to promote its own counterterrorist credentials.

Today, with relations between the two countries at their lowest point for decades, this is no longer the case.

Moreover, the Kremlin warmly welcomed Taliban representatives in June even though it designates the group as extremist. Russian Foreign Minister Sergey Lavrov has even praised the Afghan militants, calling them a “rational” force.

The dragon in the room

China is likely to be even more vehemently opposed to a US presence in Central Asia.

It views the US withdrawal from Afghanistan as an opening; a chance to demonstrate its regional power ambitions.

By contrast, at the dawn of the 2000s, the US presence in Central Asia complied with Beijing’s interests. China had security concerns about the Taliban’s support for extremist groups in its northwestern Xinjiang region.

China has already considerably expanded its influence and changed the geopolitical configuration of Central Asia. It has opened a military base in Tajikistan and has actively been conducting military exercises with Central Asian states.

“China has repeatedly reacted against the deployment of US military forces and bases,” says Niva Yau, a research fellow at the OSCE Academy in Bishkek.

“Beijing wants to create economic leverage in the region, and it is building trade and energy routes through Central Asia to avoid the control of superpowers like the US and Russia.”

Amid the withdrawal of US troops, China had already started boosting its diplomatic ties with Central Asian governments.

In September, he will attend an annual summit of foreign ministers of the Shanghai Cooperation Organisation in the capital of Tajikistan, Dushanbe, to discuss security matters in the “post-troop withdrawal era”.

The Shanghai Cooperation Organisation (SCO) includes China, Kazakhstan, Kyrgyzstan, India, Pakistan, Russia, Tajikistan, and Uzbekistan and its main purpose is to tackle “three evils” – terrorism, extremism and separatism.
The organisation is one of the key diplomatic tools used by Beijing to expand its influence in the region.

Now, amid the tense situation in Afghanistan, the organisation’s work has become more relevant than ever. The Russian and Chinese armies recently conducted joint military drills and will train together again in September under the SCO.

Beijing and Moscow share antagonism toward the United States and strategic concerns for Central Asia, and the ties between the two have become stronger in recent years.

Russia has traditionally seen the Central Asian countries as a sphere of “special interests”. Beijing’s rising economic leverage has shifted this dynamic.

“The US presence in Afghanistan made it possible for China to invest billions of US dollars in the region,” says Yau.

Now with the Taliban in control and the US gone, Beijing is set to increase its military influence in the region too.

Ironically, this could open the possibility for US bases in Central Asia, if Moscow decides that “allowing” a US presence would help Moscow underline that fact that Russia in charge of the region, not Beijing.