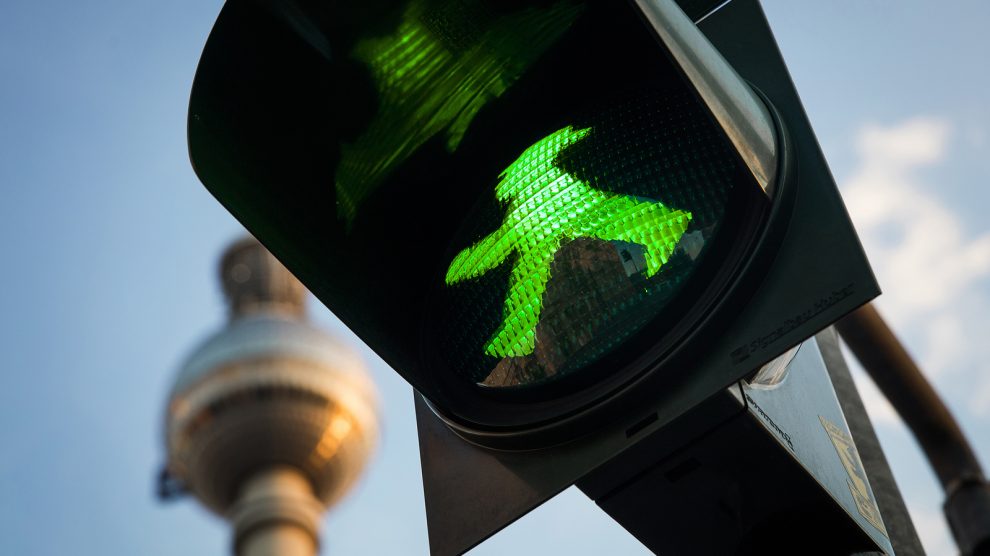 Throughout the communist period, besides the countries now referred to as emerging Europe, there used to be another state – the German Democratic Republic, more widely known as East Germany. What do the politics and society of the five former-communist German federal states reveal about the impact communist regimes continue to have on emerging Europe today?

At the time of the fall of the Berlin Wall, East Germany, the wealthiest nation, per capita, in the Warsaw Pact, nevertheless had an economy that was far smaller than the rest of Germany. When Germany was unified, the Bundesrat – the country’s federal council -introduced a so-called solidarity tax on all income with the aim of bringing living standards in the five eastern states of Germany – Brandenburg, Mecklenburg-Vorpommern, Saxony, Saxony-Anhalt, and Thuringia, as well as East Berlin – up to par with the rest of the country.

More than 30 years on, and after 330 billion euros have been poured into what used to be East Germany through the solidarity tax, Germany has now decided to put an end to the controversial tax for all but a small percentage of taxpayers.

Nonetheless, a large gap remains between the two parts of the country: not just economically but also socially.

Economically, GDP per capita in the east of Germany is today 20 per cent lower than in the west of the country. However, even if Berlin is excluded, the five former East German states still have a higher GDP per capita than any emerging European country, ranging from 27,000 to 32,000 euros in 2018, according to the Pew Research Center.

The most telling comparison between the east of Germany and emerging Europe however is probably with the Visegrád Group (Czechia, Hungary, Poland, Slovakia), as there are significant similarities between East Germany and the four countries in how they were ruled during the communist era, and in their overall living conditions at the end of the Cold War.

Amongst the Visegrád Four, Czechia had the highest GDP per-capita at 20,990 euro in 2019, according to Eurostat.

As a federal republic, Germany records the GRP (Gross Regional Product) of each of its states. According to the Federal Statistical Office, excluding Berlin, in 2019 the five ‘new states’ together had a GDP of 435.7 billion euros, which makes up just 11 per cent of the overall German GDP (while constituting almost 16 per cent of the German population.)

While Germany’s efforts to equalise living standards across the country have been somewhat successful, the country’s eastern regions are still faced with many of the societal issues seen in most emerging European countries.

Its stagnant and rapidly aging population is one of the significant challenges that East Germany shares with emerging Europe. While many people in the western part of the country complain of over-population, in the last 30 years of reunification, more than three million people have left the country’s eastern regions.

Excluding the cosmopolitan city of Berlin, the region is now seeing population levels as low as those last registered in 1905. The population of West Germany on the other hand has more than doubled since then.

Sabine Rennefanz, a politics writer for the Berliner Zeitung newspaper, argues that a lack of competitive salaries is a considerable driver of outmigration from all over East Germany.

“Even today, if you are a young person in eastern Germany and want a traditional, well-paid career in a large corporation, you have to leave your hometown and go west,” she writes.

While all Visegrád countries, apart from Hungary, are experiencing modest population growth, almost all of it is saturated in the countries’ few large cities. Meanwhile, rural regions are sparsely populated, similar to East Germany when Berlin is excluded.

Also, similarly to emerging Europe, East Germany’s population decline is caused not just by low birth rates and emigration, but also by low levels of immigration.

Despite Germany being one of the world’s leading host nations for migrants, all of its eastern regions, aside from Berlin, continue to fail in attracting enough immigrants to replace its declining workforce.

In fact, the five eastern states are the only ones in the whole of Germany where more than 90 per cent of the population is without any immigrant background.

Likewise, in Czechia, the emerging European country home to the most immigrants, just five per cent of the overall population constitutes people with such background.

While many see the lower quality of life in the east German states as the main reason for its declining population, southern European states such as Italy and Span, which have a similar GDP per capita as East Germany, have been experiencing unprecedented levels of immigration in recent years.

As such, others have suggested that a more significant reason for these lower levels of migration into East Germany are not just the lower salaries and overall quality of life, but also high levels of xenophobia and discrimination in the former communist regions.

The rise of populism and strong anti-migrant rhetoric across all of emerging Europe’s EU countries, especially since the beginning of the European migrant crisis in 2015, was also observed in former communist regions of Germany, much more strongly than in other parts of the country.

Even today, the Visegrád countries continue to make international headlines for their refusal to accept their fair share of refugees, with Budapest, Prague, and Warsaw being taken to the European Court of Justice for refusing to host refugees.

Meanwhile, the smaller in population and politically underrepresented conservative East German had little say in the country’s open-door policy towards refugees, introduced in 2015. Despite this, many of the refugees who arrive in the country are housed in the east.

According to a recent study by the WZB Berlin Social Science Center, Germans from the western part of the country have in recent years exhibited an improvement in attitudes towards living in close proximity to and interacting with refugees. Meanwhile, on the whole, east Germans have not warmed to their newly arrived neighbours over time.

In the more than 200 east German communities that were examined, negative attitudes to migration remain common regardless of the number of foreigners living there.

Such attitudes are most easily observed in the different voting patterns exhibited in the former communist parts of Germany, where the right-wing, nationalist Alternative for Germany (AfD) party is popular, especially within some of its least well-off regions such as eastern Saxony and southern Brandenburg.

Economic convergence is the easy bit

The success of AfD in eastern federal states has prompted a country-wide discussion about the supposed backwardness and xenophobia of east Germans, with many west Germans failing to understand what is causing these extreme attitudes amongst east Germans more than three decades after reunification.

It is true that upon reunification former residents of East Germany found themselves in a much more favourable environment to shaking off the economic and social burden of living under a communist dictatorship for decades. No country in emerging Europe has received anywhere near the amount of financial support that the east of Germany has in the post-communist period, while also receiving immediate access to western education and the benefits of sharing a common cultural sphere with a western democracy immediately after the collapse of the regime.

At a time when the quality of democracy in Central and Eastern Europe is increasingly being challenged by populist politicians and with western scholars questioning why democratic backsliding is taking place in most post-communist EU member states, East Germany reveals the sheer magnitude of the issues created throughout emerging Europe during the communist period.

The end of the 30-year-long so-called ‘East Germany’ tax in Germany also reveals what has been obvious in Visegrád countries for some time – economic convergence is slow but ultimately easier to achieve than the emergence of truly democratic social and cultural norms after decades of authoritarianism.

It is this that remains the biggest challenge for all emerging European societies today.