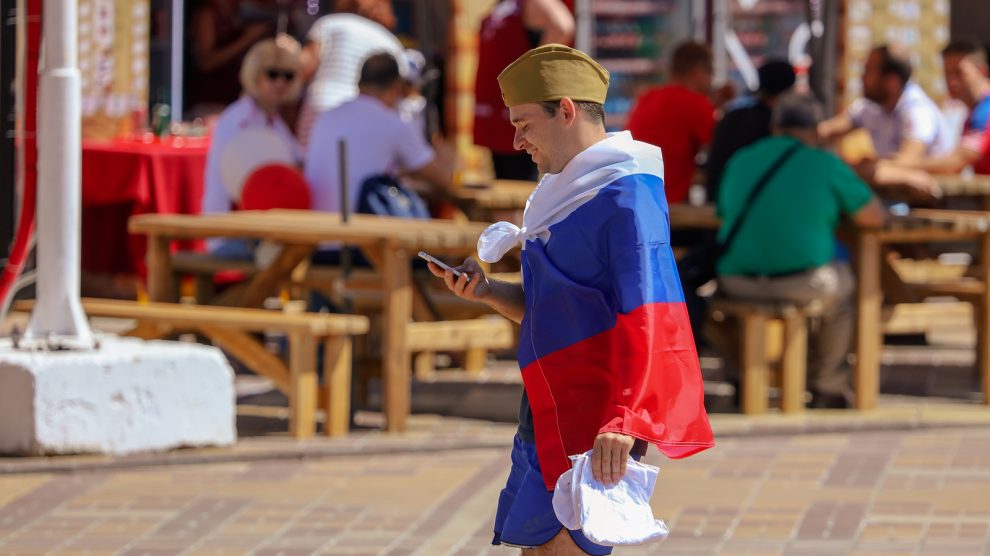 Cultural, sporting and economic sanctions appear to have had little impact on Russia’s thirst for war in Ukraine. More will be needed.

On September 20, European football’s governing body, UEFA, announced that Russia could not partake in the qualification cycle for the 2024 European Championships.

The announcement was a continuation of UEFA’s decision to suspend all Russian football teams from international competitions in response to the Russian invasion of Ukraine. (Russia previously filed a claim to the Court of Arbitration for Sport in February, but the appeal was dismissed).

UEFA’s announcement was one of the latest developments between the international community and the Russian Federation. As the war in Ukraine approaches its seventh month, thousands of Ukrainians have died, and millions have become displaced. Despite the death and destruction caused by the Russian invasion, the war continues without an end.

Outside of football, foreign governments have taken additional measures to punish Russia for its behaviour. Several Russian banks were removed from the international financial messaging system, numerous Russian politicians and oligarchs had their assets frozen or seized, and hundreds of international companies suspended their business operations in Russia.

In addition, Russia was expelled from the Council of Europe, and the United Nations suspended Russia from the Human Rights Council.

Poland and the Baltic states have taken additional measures. Recently, these four countries announced they would enact EU visa bans for Russian tourists. The leaders of these countries have condemned Russia’s invasion of Ukraine. The Polish, Estonian, Latvian, and Lithuanian governments have also argued that Russia has incited genocide in Ukraine.

Despite these new punishments implemented by western countries, and the statements made at the UN General Assembly, Russia continues its unjust war. In fact, it appears that the Russian Federation is ready to escalate its involvement.

During a recent address, Russian President Vladimir Putin announced that a “partial mobilisation of the Russian population” would come into effect. The decree would impact Russian reservists or citizens who have relative experience. Russian Defence Minister Sergei Shoigu added to the announcement, stating that up to 300,000 personnel would be added to Russia’s ranks.

Moreover, Putin announced that referendums would be held in the Russian-occupied territories of Donetsk, Luhansk, Kherson, and Zaporizhzhia. While Russia does not fully control any of the four Ukrainian provinces, Putin is desperate to force a vote in these areas. The decision to hold a referendum mirrors the tactics used in 2014 when Russia illegally annexed the Crimean peninsula by force.

The latest developments show that Russia does not regard international law. Russia has lost tens of billions due to Western sanctions, and billions of dollars of Russian military equipment has been destroyed in Ukraine. In addition, tens of thousands of Russian soldiers have died in the war. Despite these losses, the Russian Federation has not backed down in Ukraine.

Putin and his supporters are fully invested in the war. They have shown no signs of dignity, and they continue to commit atrocities in Ukraine. Banning Russia from political and sporting organisations clearly has not made a difference.

Therefore, as Russia begins to escalate the war by drafting 300,000 reservists, the West must implement harsher sanctions to end the war. Otherwise, nothing will stop Russia.

Schengen’s days look increasingly numbered in the wake of Russia’s mobilisation drive
How can automation be used for good? Facilitating bigger impacts in insurance
Comment