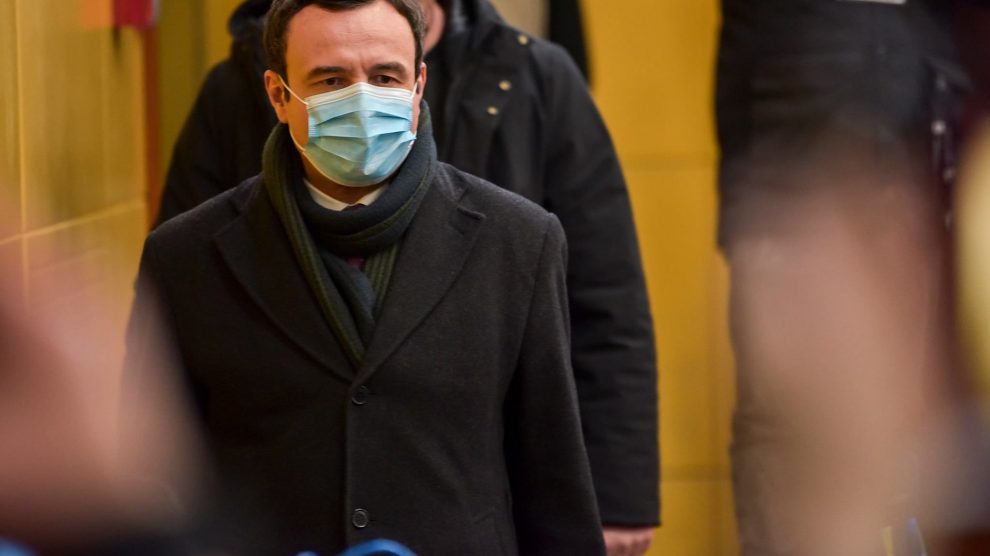 Kosovo has come a long way since declaring its independence in 2008. It is recognised by more than 100 countries as an independent state, has established its first contractual agreement with the EU, the Stabilisation and Association Agreement, has its own international dialing code, and has become a member of several international organisations, amongst much else.

Despite these achievements however, EU membership remains uncertain, Kosovo is still waiting for visa-liberalisation, and the prospect of a final agreement with Serbia has waned.

Western supporters have played a critical role in helping Kosovo progress; however, Kosovo cannot passively wait to become a policy priority again in the EU or the United States.

Kosovo must alter its foreign policy approach by shifting away from its dependency on the West and instead take proactive measures to address the current state of international affairs.

Kosovo’s main focus this year should be securing Covid-19 vaccines. It is the only country in Europe that has not yet managed to secure a single vaccine.

On January 5, the former minister of health, Armend Zemaj, announced that he had secured 500,000 doses of the Pfizer/BioNTech vaccine. The next day, former prime minister, Avdullah Hoti, stated that vaccinations will begin in February.

In addition, Kosovo is expected to receive 100,800 doses of the AstraZeneca vaccine, under the World Health Organisation’s COVAX initiative.

However, to this day, Kosovo is still waiting to receive the first contingent of vaccines. In face of this dire situation, Kosovo’s health-care workers are traveling to Albania to get vaccines, while Kosovo citizens are trying to get vaccinated in Serbia.

The pandemic and vaccine roll-out has exacerbated the critical issues that exist separate from Covid-19 and has stressed Kosovo’s peripheral position for the EU.

In addition, Kosovo is not recognised by either China or Russia and has not received any vaccines from either country.

Kosovo’s recent decision to establish diplomatic relations with Israel and open its embassy in Jerusalem has presented new opportunities. Israel has stated that it will help distribute free vaccines to countries that decide to open their embassies in the city.

Kosovo must coordinate with Israeli officials to secure vaccines as soon as possible and to begin the crucial Covid-19 immunisation process.

European integration has been a key priority of every government in Kosovo. The process has had a relatively good start, with Kosovo signing its first contractual agreement with the EU, the Stabilisation and Association Agreement, in 2015.

Since then, Kosovo has made little progress and the EU integration process has been accompanied by EU enlargement fatigue and scepticism.

This has made integration increasingly difficult for even the frontrunners, Montenegro and Serbia. Meanwhile, Kosovo is only recognised as a potential EU candidate, and alongside Bosnia and Herzegovina, is lagging furthest behind in the process.

Kosovo has not been granted visa liberalisation despite the European Commission’s report in 2018 stating that the country has fulfilled all necessary benchmarks. To this day, Kosovo citizens are the only people in the Balkans deprived of moving visa-free in the Schengen zone.

Considering present obstacles towards EU integration, it would be wise for Kosovo’s new government to shift focus towards NATO integration by allocating energy and resources in that direction.

Two years after establishing its armed forces, Kosovo achieved a historic milestone, deploying its first foreign contingent – in Kuwait – as part of international peacekeeping operations under the umbrella of the Iowa National Guard.

Many NATO member states have expressed scepticism about Kosovo’s moves to create a national army; however, the US has strongly supported the transformation.

If Kosovo takes the necessary steps to strengthen its relationship with NATO, such as committing to reforms to meet NATO standards, developing military capabilities, improving bilateral relations with NATO member states and offering more troops to serve in peacekeeping operations, this will help Kosovo’s integration into NATO.

Focus on one EU non-recogniser, not all five

Cyprus, Greece, Romania, Slovakia and Spain still do not recognise Kosovo as an independent country, despite efforts to change their stance. The five vary in their level of engagement.

Greece for instance, does not recognise Kosovo, but maintains good political and economic relations with the country and has a liaison office in Prishtina. Greek politicians have conducted visits to Kosovo, with the former foreign minister, Nikos Kotzias, being the most prominent visitor. Furthermore, Greece contributes to peace and stability in Kosovo as part of the KFOR mission.

Spain, on the other hand, avoids interaction with Kosovo, fearing that any involvement might draw parallels to its relationship with Catalonia or the Basque Country. Spain’s stance has even become arguably more hostile since the Catalan declaration of independence in 2017.

In a recent incident, the Royal Spanish Football Federation referred to Kosovo as a “territory,” despite Kosovo being a full member of FIFA.

After the declaration of independence in 2008, Spain decided to withdraw all troops from Kosovo. Spain does not have a liaison office in Kosovo, deems Kosovo documents as invalid and does not allow Kosovars to apply for a visa at the Spanish embassy.

Kosovo needs to invest its energy on gaining recognition from the countries that are open to engagement, dialogue, and building a stronger relationship. This means Kosovo should behave strategically and cordially with countries such as Greece to gain their recognition.

Greece has stated that it would not oppose Kosovo’s decision to open a liaison office. The opening of a foreign mission in Greece would be a major step and would create better conditions for cooperation and improvement of relations between both countries.

This would be an excellent opportunity to improve relations with Greece and help cement Kosovo’s international standing. This will hopefully produce a domino effect where other countries follow suit and work on strengthening their relationship with Kosovo.

The three other countries that do not recognise Kosovo (Cyprus, Romania and Slovakia), are somewhere in between Greece and Spain in terms of their engagement with the country.

There are many more objectives that Kosovo’s new government – installed on March 22 and led by Albin Kurti – needs to have on its agenda.

But these three would be a good start.

Visar Xhambazi is a policy researcher at the Democracy for Development (D4D) Institute in Kosovo and a young professional advisor at United Europe in Germany.

Revitalising Ukraine’s defence sector, and with it, its military
Fears grow for fate of Armenian POWs held by Azerbaijan
Comment 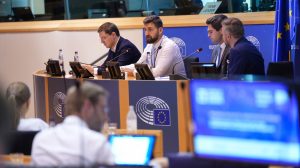