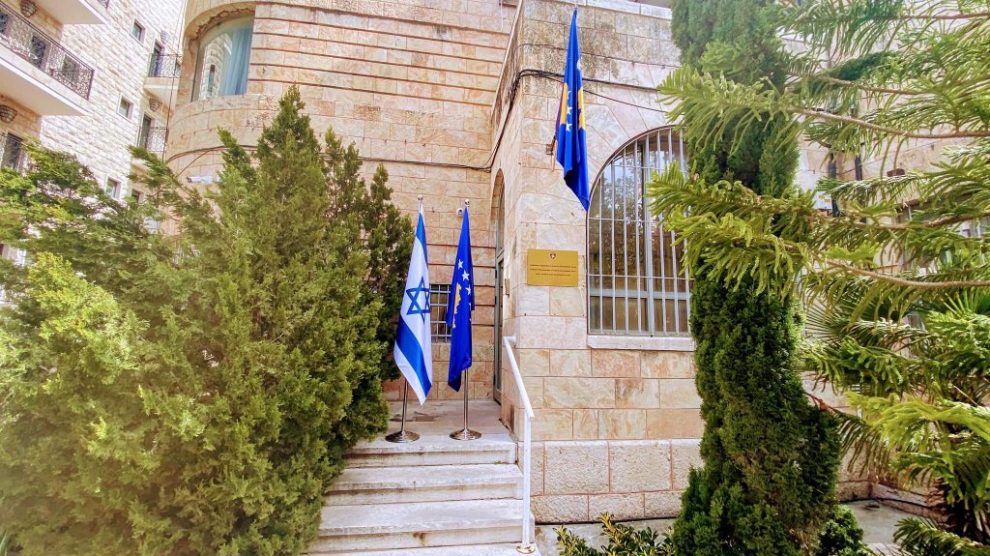 Turkey has led international condemnation of Kosovo’s decision to open an embassy in Jerusalem. For the Balkan state, however, Israeli recognition of its independence is more important than appeasing its erstwhile allies.

Kosovo has officially opened an embassy in the city of Jerusalem, the first European and Muslim-majority country to do so.

The event was marked with a brief ceremony during which the flag of Kosovo was raised in front of the building that now serves as its embassy.

“The greatest honour of my life is to have this opportunity to open the embassy and proudly serve my country in Israel,” Demiri wrote on Twitter.

The opening of the embassy follows a landmark agreement between Kosovo and Israel to establish diplomatic relations. Israel, previously a notable holdout, recognised Kosovo’s independence in September last year.

As part of the deal, Kosovo in turn recognised Jerusalem as the capital of Israel – a move that put it at odds with the rest of the Islamic world, and which also brought condemnation from the European Union. Kosovo joins the United States and Guatemala as the only countries who have moved their embassies in Israel to Jerusalem. Earlier this month, Czechia opened a representative office in the city, while its official embassy remains in Tel Aviv.

“The embassy will be strongly committed to increasing bilateral cooperation and strengthening the international subjectivity of the state of Kosovo,” said the country’s acting foreign minister Besnik Tahiri, who added that Israel’s recognition of Kosovo is one of the most important since the country declared independence from Serbia in 2008.

With the embassy now open, Kosovo has fulfilled all of its obligations under the Kosovo and Serbia economic normalisation agreement signed at the White House last September.

As part of the deal, Serbia, which has long had diplomatic ties with Israel, also agreed to move its embassy in Israel to Jerusalem, but has yet to do so.

The provision that both countries would open embassies in the disputed city was controversial from the start. The Trump administration recognised Jerusalem as the capital of Israel in 2017 and then moved the country’s embassy the following year.

In the EU however, this is seen as a violation of international law, with all member states sticking to the United Nations consensus that the final status of Jerusalem should be resolved through negotiation, and therefore locating their embassies in Tel Aviv prior to a final, negotiated, agreement.

The international community, bar the United States, sees East Jerusalem as occupied territory. Two UN resolutions have condemned Israel’s attempt to annex the part of the city that Palestinians are claiming as the future capital of their own state.

Turkey, a close ally of Kosovo and one of the first countries to recognise its independence, has nevertheless led condemnation of Kosovo for opening a Jerusalem embassy.

“By acting this way, Kosovar leaders have violated the established parameters of the peace process, including the relevant UN resolutions on the status of Jerusalem,” said the country’s foreign ministry in a statement.

Turkish President Recep Tayyip Erdoğan had previously warned Kosovo’s PM-designate Albin Kurti that setting up an embassy in Jerusalem could damage relations between the two countries.

For Kosovo, however, boosting the number of countries that recognise it is currently more important than EU membership.

Serbia has for a number of years been carrying out a campaign to persuade countries to ‘de-recognise’ Kosovo.

Serbia’s campaign, where the country attempted and at times succeeded in persuading third countries to withdraw their recognition of Kosovo’s independence has been extremely controversial, and was partly the reason behind Kosovo’s introduction of 100 per cent import tariffs on Serbian goods in 2018. The tariffs were removed in April 2020.

Conversely, Kosovo’s attempts to join international organisations has always been frustrated by officials in Belgrade. Serbian leaders have long viewed any potential inclusion of Kosovo in organisations such as Interpol as strengthening the position of a country that it still considers to be one of its provinces.

Kosovo declared independence from Serbia in 2008, nine years after NATO conducted a 78-day airstrike campaign to stop a Serb crackdown against ethnic Albanians in Kosovo.

Most Western nations – including the US – have recognised Kosovo’s independence, but Serbia and its allies Russia and China, as well as five EU countries (Cyprus, Greece, Romania, Slovakia, Spain) have not.