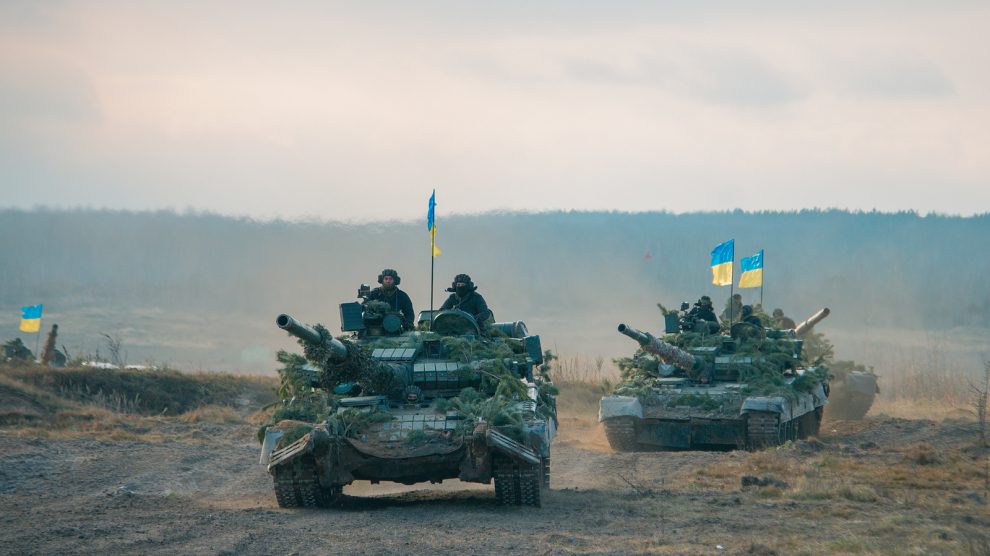 Reform of the Ukrainian defence giant Ukroboronprom points towards a promising future for a potentially important, yet under-performing sector of the country’s economy.

When Yuriy Husyev took the reins at Ukrainian defence firm Ukroboronprom in December, he became the third person to hold the post in just four months. Since taking over, however, not only has he managed to stay in the job longer than his predecessors, but he has initiated a series of wide-reaching reforms aimed at relaunching an entire industry.

State-owned Ukroboronprom is currently a conglomerate of 137 enterprises which enjoy a monopoly on defence production in Ukraine, and like all monopolies, it is bloated and inefficient.

According to Husyev, 28 of the 137 enterprises generate 98 per cent of Ukrobonprom’s revenues.

The reforms that he has initiated call for the reorganisation of Ukroboronprom into 65 enterprises, under six sections: armoured vehicles, radar systems, maritime systems, special and chemical ordinance, high-precision ordinance and aircraft repairs.

These reforms are expected to revitalise the ailing giant, which has seen many setbacks in the past decade, including the loss of production facilities in the Donbas region in the east of Ukraine, currently occupied by Russian-backed separatists.

Ukraine inherited huge amounts of defence infrastructure from the Soviet Union when it became independent in 1991: more than 750 factories and 140 research institutes, representing 30 per cent of the Soviet Union’s defence industry.

The Yuzhmash plant in Dnipro manufactured the bulk of the Soviet Union’s intercontinental ballistic missiles (ICBMs). Furthermore, the Soviet Union – and later Russia’s – only aircraft carrier, the Admiral Kuznetsov, was built in the Black Sea port city of Mykolaiv.

With independence, Ukraine entered the arms export market. On top of the facilities left behind by the Soviet times, Ukraine was also dotted with facilities housing countless tanks and other armoured vehicles which the Soviets had stockpiled in anticipation of a war against NATO.

Although many of these were obsolete in modern warfare, they were more than good enough for combatants in certain African and Asian states. Ukraine managed to successfully export thousands of these vehicles.

In 2010, on the order of then-president Viktor Yanukovych, the 137 Ukrainian state-owned defence enterprises were brought together to form Ukroboronprom. Despite being the world’s fourth largest arms exporter in 2012, Ukraine had yet to attain any level of success with indigenous designs.

In 2009, Iraq signed a 2.5 billion US dollars arms deal with Ukraine, which included the sale of 420 domestically-designed BTR-4 armoured personnel carriers (APCs). However, Iraq rejected the first batch of vehicles, delivered in 2014. Of the first 88 vehicles which had been delivered, only 56 had working engines, of which 33 required the aid of a mobile repair station to start.

Furthermore, the Iraqis detected cracks in most of the vehicles’ hulls. The status of BTR-4s in Iraqi service is unclear – although the APCs were seen in action against ISIS, it is unlikely that the deal was completed on its original terms.

The BTR-4 ran into similar problems in Indonesia.

In 2017, there were reports that the Indonesian Marine Corps had cancelled a deal to buy 55 BTR-4s due to the vehicle’s poor amphibious performance. Ukroboronexprom branded these reports as part of Russia’s “information warfare” and noted that Indonesia is currently operating five (not 55) BTR-4s.

Another project typifying the failures of Ukroboronprom is the T-84BM tank. Pitched as a modernised version of the Soviet T-80, it failed to attract buyers from Peru, Azerbaijan, Pakistan and Turkey. Although in 2011, a contract was signed with Thailand for the delivery of 49 of these tanks, delivery wasn’t completed until 2018, although a major reason for this delay was the outbreak of war in the east of Ukraine.

The T-84 has yet to even be adopted by the Ukrainian military. In 2018, tanks from Ukraine’s crack 14th Mechanised Division competed in the Strong Europe Tank Challenge, essentially a series of contests and competitions for tanks. Ukraine finished last among eight participating countries. Huge flaws were exposed during the competition – for example, the autoloader would constantly jam, and consequently, only 16 out of 40 shells were fired.

These delays have forced Ukraine to continue relying on ageing T-64 and T-72 tanks to sustain its ongoing war in Donbas.

Despite this, there have been promising developments in recent years and the reformation of Ukroboronprom should, at least in theory, make the company more efficient, cohesive and profitable. Furthermore, closer cooperation with NATO countries allows for a higher degree of technology transfer.

In 2015, Ukraine revealed the Neptune – an anti-ship cruise missile with a range of 300 kilometres. The Neptune successfully passed trials in April 2019 and began deliveries to the Ukrainian navy this month. Furthermore, a memorandum of understanding was signed with Indonesia for the export of these missiles.

Ukroboronprom has also been cooperating closely with Turkey. In December 2020, a memorandum of understanding was signed between Ukraine and Turkey for the production of Turkish-designed Ada corvettes for the Ukrainian navy. Under the agreement, the first of the corvettes is to be manufactured in Turkey while the rest (the exact number has not been revealed) would be made in Ukraine.

Furthermore, since 2019, Ukraine and Turkey have been jointly developing the Akinci Drone. The Akinci is a large unmanned combat aerial vehicle (UCAV) capable of holding more than a ton of ordinance and is planned to be made available for export. Turkish-made UCAVs have proven their worth on the battlefield in the recent Nagorno-Karabakh War, the brief skirmish between Turkey and Syria in early 2020 and the ongoing Libyan Civil War.

Ukraine has shown its ambition to upgrade its ailing defence industry and revitalise the ageing equipment of its armed forces.

If successful, this could be a major step to securing its sovereignty, particularly in the face of the ongoing conflict in Donbas. While the Ukrainian military was caught unprepared in 2014, it looks to have learned from its errors and is showing signs of morphing into a capable fighting force.

A fully-functioning defence industry will help.