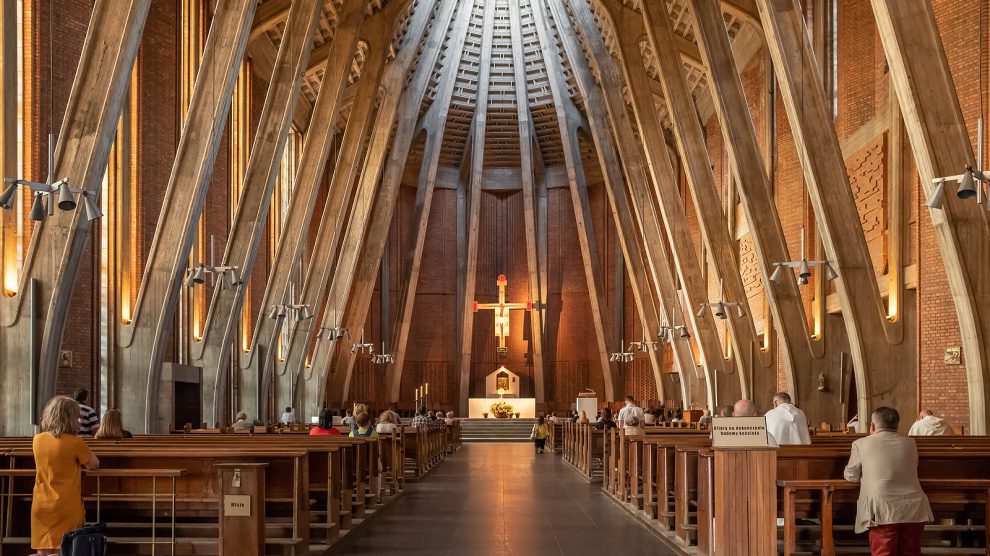 Oskar Żyndul is the organiser of a campaign determined to shake up what he feels is the often lazy – and heavily contested – linkage of Poles to Catholicism.

Poland’s national census, the country’s first since 2011, began on April 1 and is due to be completed in September.

In it is a question asking about religious denomination, one that Oskar Żyndul wants Poles to think about before ticking any of the boxes on offer.

Żyndul is the organiser of a campaign, called I want to count, that wants people to consider if they really are Catholic.

“This is not anti-church or anti-religion. We are clear about that,” Żyndul says. “We may have to change the tone to get more attention and social media may be the way to go, but we just want to educate people. The aim is to end the fiction of religious monolithicity in Poland, not to provoke people or attack the Church.”

Żyndul adds, however, that the campaign is also a response to the image of Poland as an almost entirely Catholic country, created by politicians not just from the right-wing ruling parties but also parts of the opposition, as well as the clergy and fundamentalist circles in the Ordo Iuris circle.

The Catholic Church has enjoyed political authority in Poland since the fall of communism in 1989, having played a key role in bringing down the old regime. But mass is reportedly attended by only 27 per cent of Poles, according to research by CBOS, a foundation which gauges public opinion in the country.

Paedophilia revelations, financial scandals and the increasing encroachment of the Church into political life have in recent years shifted public opinion, particularly among younger people, against the Church. The protests in Poland’s major cities over laws restricting abortion rights last year indicate a level of anger among some people not seen since the end of the communist system in Poland.

I’m not a believer

The 36-year-old Żyndul, a sociologist who works at a market research company in Warsaw, was, like many Poles, brought up a Catholic.

“But I had an argument with the priest who was teaching religion at school – Catholicism, no others – when taking confirmation,” he says.

“That was the first time I had questioned my stance on religion. But there have been times when I wanted to be closer to the Church. Today I don’t believe in God. Until two years ago I was agnostic. The institution doesn’t live up to its message. Some teachings are socially useful, about love and non-violence and care. But the Bible is quite contradictory, for example about violence.

“So, I was ripe for change before Law and Justice (PiS) came to power, but my disappointment with the Church has risen since then.”

“What we wanted to achieve in the first place is gain a realistic picture of Polish religiosity,” Żyndul says. “How many people actually identify with the Church just as knee-jerk behaviour?”

“Those who don’t have strong feelings but feel compelled to identify at least publicly as Catholics we hope will be given more courage by our campaign. They will be able to feel part of something important or at least visible. It will also raise visibility among policy makers and Church leaders. To make them think twice before pursuing a harder line. We are aiming at the political centre, which is reluctant to propose progressive legislation.”

In the previous census, 96 per cent of respondents – over 33 million Polish citizens – claimed they were Roman Catholic. Just 929,000 declared that they did not belong to any religion, while 2.73 million refused to answer the question.

This has been used by PiS to justify the controversial hard-line changes it wants to push through, including stopping public funding of IVF treatments and a near-total ban on abortion.

“We haven’t had much criticism because our campaign is still small. Only one hate message so far, sent to our email. But that was a death threat. We are ready for an attack. But the right-wing media hasn’t touched us, yet, because it would give oxygen to our campaign.”

But what is it about?
Five reasons why turbo-folk is actually great
Comment