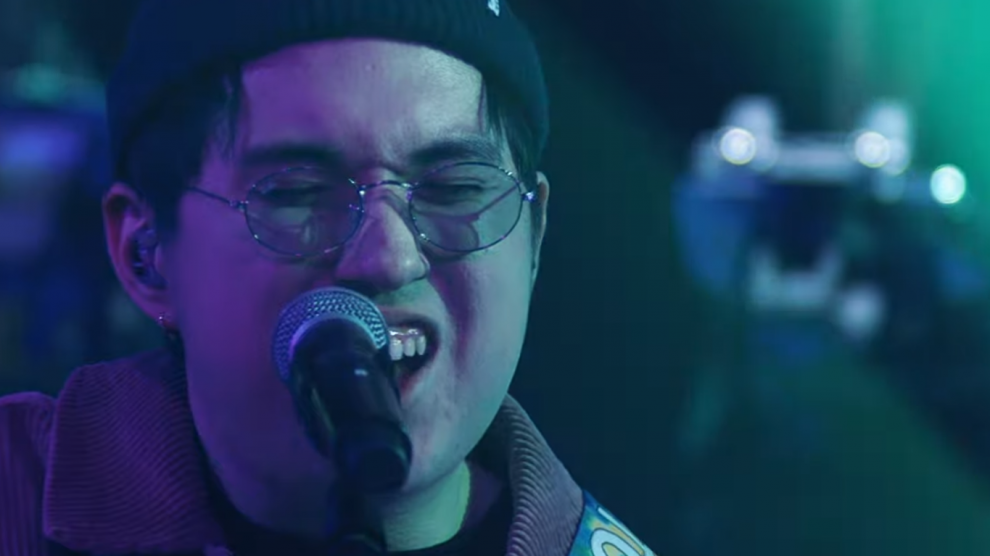 Kazakh artists have for years been making waves in the Russian-speaking world. M’Dee might be the biggest yet.

The 21-year-old Madi Toktarev, better known by his stage name M’Dee, has emerged over the past few years as one of the most promising artists in the Russian-speaking world.

Born in Kazakhstan, M’Dee draws upon a wide range of influences – from Soviet bard music and retro Russian pop to funk, disco and French house – to create a nostalgic yet groovy sound which has propelled him to near-stardom. In 2020, Forbes Kazakhstan named him as one of their 30 under 30 – a list of some of the most influential young people in the country.

For years now, Kazakh artists have been making waves in the Russian speaking world. In the 1980s, pop group A-Studio, based in Almaty, became one of the most popular musical acts in the late Soviet Union. In more recent years, Kazakh rapper Scriptonite, with his trademark 50 Cent-esque gruff voice, has become a major name in the Russian-language rap industry.

Now, M’Dee, signed to the Scriptonite label, looks set to be the next Kazakh musical star.

M’Dee first came to prominence in 2017. At the age of just 18, he released a cover of Kazakh pop star Erke Esmahan’s hit Kaida. However, it wasn’t a straightforward cover: the young artist added his own trademark production, transforming the song entirely. A simple accompanying music video – self-directed – was released along with it.

Just by viewing the music video, it’s easy to tell that M’Dee was destined for greater success. Despite his young age, he demonstrates impressive levels of panache and charisma in the simple, yet stylish clip.

In 2018, M’Dee released his first album, Almatinskiy Jazz Vol. 1. The 11-track EP, sung almost entirely in Russian, showcases what M’dee has made into his trademark sound. Just one look at album cover – a grainy photograph of M’Dee standing in front of a sexy Volga car with a typically dilapidated post-Soviet building behind him – shows the vibe he was going for.

Punctuating the album are the nostalgic guitar chords common in old Russian and Soviet pop music. The first two tracks in particular channel 1990s Russian pop singers Leonid Agutin and Anzhelika Varum. There are even hints of legendary Soviet bard musician (a simple, guitar-driven genre based around lyrics about criminal activities and prison) Alexander Rosenbaum.

The influences don’t just come from close to home. Several of the tracks on the album have an old-school disco-esque sound, with funky guitars and dancefloor-ready breakdowns. His second album – Almatinskiy Jazz Vol. 2 – builds on this sound.

The Russian influences comes as no surprise.

Russia, owing to historical factors, has enormous influence in Kazakhstan. When Kazakhstan declared independence in 1990, ethnic Kazakhs were actually the minority within their own country. To this day, over 20 per cent of the Kazakh population are ethnic Russians, Ukrainians, Belarussians, Russian-Germans and Jews. Virtually the whole population is fluent in Russian – some, especially in urban areas, even speak it better than they speak Kazakh. And although recent initiatives – like former president Nursultan Nazarbayev’s proposal to change Kazakh script from Cyrillic into Latin by 2031 – are projected to erode this influence, it is unlikely to disappear entirely.

Since the release of Vol. 2, M’Dee has moved to Moscow to continue pursuing his musical career. The music videos since then have become higher-budget and the music itself has become more eclectic.

M’Dee’s most recent EP, San Junipero, released in late 2020, showcases an evolution in the young singer’s style. There are more RnB-influenced tracks, like Cloud 9, whose chorus is sung in English and sounds like something Usher or Ginuwine would make in the early 2000s. These creative decisions – incorporating more western music styles and singing in English – perhaps hint that M’Dee is targeting international stardom.

And he has every right to do so. His music is trendy and accessible while retaining his own signature imprint. For international listeners, he strikes the right balance of ‘exotic’ with familiar. At the age of just 21, he already has three highly-acclaimed albums. Each one built on the success of the previous, and now, M’Dee is one of the most popular up and coming artists in the Russian-speaking world.

Right now, M’Dee is on the very cusp of stardom – a few more popular singles, and the return of live concerts following the Covid-19 pandemic could see him take that final step.