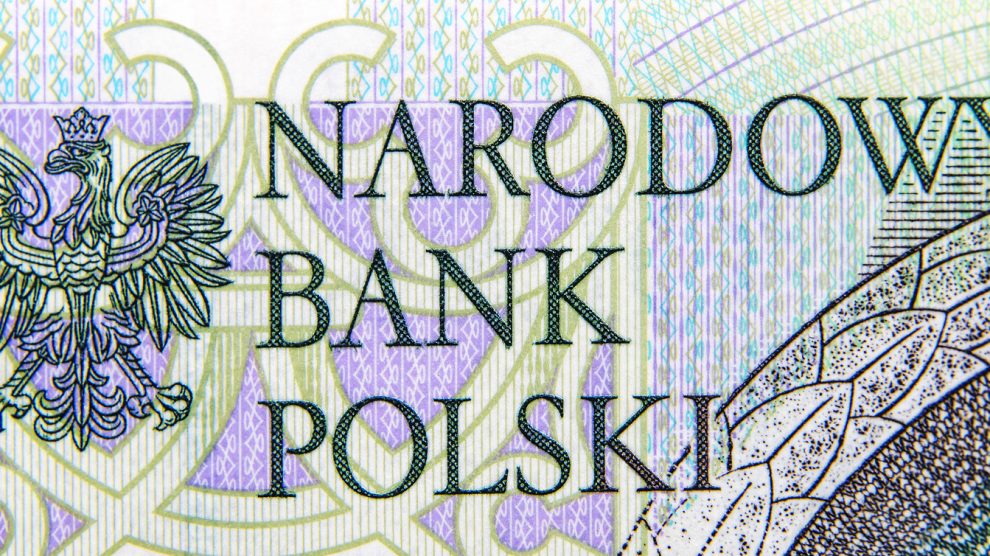 Investors are spooked by the National Bank of Poland’s deliberate weakening of the Polish złoty, the impact of Covid-19, and an imminent court ruling that could hit the bottom line of Poland’s banks.

The złoty has slipped in recent weeks as the scale of the Covid-19 pandemic and the government’s reactions to its spread have spooked forex markets, adding to the central bank’s policy of złoty weakening and fears associated with the impact of a key Swiss franc ruling on banks’ bottom lines.

The Polish government announced tighter restrictions on March 26 to fight the pandemic, as the country reported a record number of new virus cases for a second day.

The złoty has been on the back foot since the central bank, the National Bank of Poland (NBP), unexpectedly intervened to weaken the currency late last year.

On December 18, the NBP sold some of its złoty reserves, weakening the exchange rate. It was its first intervention since 2013 and the first in a decade aimed at weakening the złoty.

The official reason for the intervention was a desire to support exports. The Monetary Policy Council (RPP) said the złoty had not adjusted to the global shock caused by the pandemic and was too high. Exporters benefit from a weak złoty. This year, exports will be an important part of the effort to overcome the economic impact of the pandemic: despite Covid-19, Polish exports increased by 2.8 per cent in 2020.

However, some analysts saw the move as aimed at boosting NBP profits by increasing the value of foreign exchange reserves in złoty. The NBP’s financial results will be known in April, but estimates indicate a profit of 10-11 billion złoty, which would contribute a significant sum to this year’s budget.

Change in the air

“The zloty has weakened to the lowest level since 2009. Recent weeks have been difficult for emerging markets, which were hit, among others, by the strong dollar and turmoil in Turkey,” Bloomberg writes.

XTB analysts meanwhile told Gazeta.pl that, “something is in the air,” with the dollar strengthening and the złoty doing poorly against the euro. Experts at the Cinkciarz.pl portal meanwhile claim that “the złoty lacks arguments” to resist global trends.

Investors do not seem to have noticed the relatively good economic conditions in Poland or the prospects for a solid four per cent GDP growth, they say.

“The złoty is weak and is in danger of a further sell-off,” concludes Cinkciarz.pl.

Like other Central and Eastern Europeans, thousands of Poles took out mortgages in Swiss francs in the 2000s to take advantage of low interest rates. However, many borrowers subsequently saw their installments increase after the Swiss franc almost doubled in value against the złoty.

in 2019, the European Court of Justice (ECJ) ruled in favour of Polish borrowers who took out loans from Polish banks in Swiss francs, meaning that that borrowers can ask Polish courts to convert their loans into the local currency. Thousands have. If the Supreme Court rules in favour of borrowers it will be even easier for them to secure favourable judgements in lower courts.

Investors know that such a ruling may cost the banking sector as much as 200 billion złoty.

The court will provide guidance on the foreign currency-denominated mortgages on April 13.

Removing GERB from power in Bulgaria: Elsewhere in emerging Europe
Revitalising Ukraine’s defence sector, and with it, its military
Comment