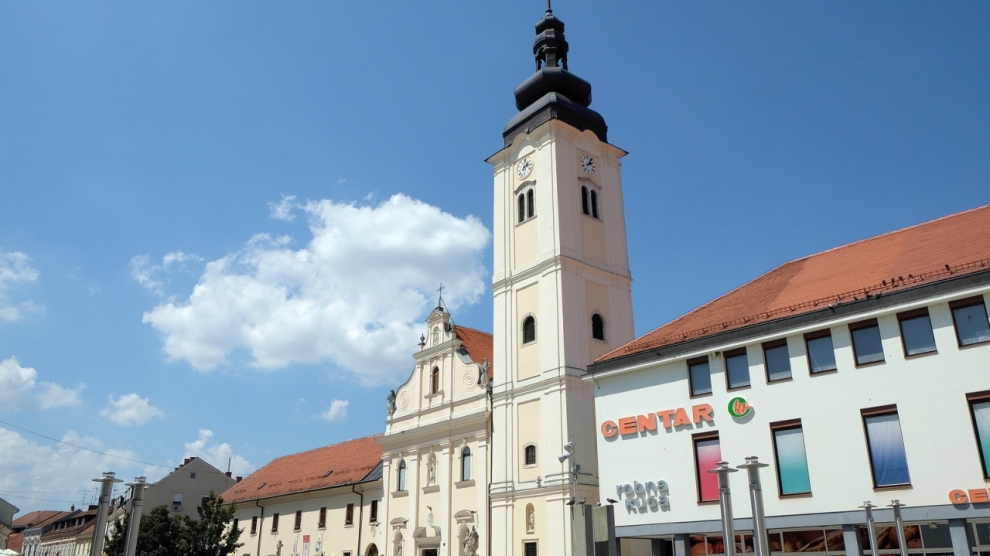 Improving the business climate is like sport. You cannot win every race, says Zdenko Lucić, who since March 2017 has been the managing director of the Croatian Agency for Investment and Competitiveness. He talks to Andrew Wrobel about investment opportunities in Croatia, which he believes will continue improving its Doing Business ranking in the long run.

Croatia experienced something of a recession a while back, but the economy is doing better and better. How do you see it developing over the next couple of years?

Yes, we were in a recession. But over the last two years things have been improving and we have seen a significant increase in GDP. This year growth is around 3 per cent. This growth is based on investments, and business activity in general. I believe that in the next few years growth will be steady, and that we will recover what we lost in the years of recession. Hopefully, it’ll be much better than before. Things are looking optimistic.

What are the biggest challenges Croatia currently faces?

The biggest challenge is the use of skills and the availability of people. Croatia has a slightly higher unemployment rate than we would like. This is an opportunity for foreign companies looking to invest in Croatia. For example, in 2016, IBM decided to locate its client innovation center in Zagreb because they found out that they will have enough workers for it. They plan to create 500 new jobs that will serve the global market.

Croatia is perceived much better than it was maybe 20 years ago, but another challenge is to capture more international companies to open their facilities in Croatia. That’s why we’re promoting Croatia internationally as a business and investment destination.

You mentioned access to the labour force. Internally, what are you struggling with currently?

The challenge is to have an even distribution, or even regional development. Zagreb is the magnet for the entire region. We want to promote investments in less developed regions, for example, in the east where the unemployment rate is close to 30 per cent, where you have a skilled work force in ICT, engineering, and metal processing. That’s the goal:  to get more and more high-quality investments in those locations.

How are you encouraging investors, both local domestic and foreign ones, to look at these other areas?

Within our Investment Promotion Act, we provide more generous investment incentives, for example employment incentives, in regions with a higher unemployment rate. We provide more direct grants for companies investing in high tech equipment in less developed regions, while the government started a project called Slavonia, which is the eastern part of Croatia, where billions of euros are available through EU funds for the development of less developed regions. This is an excellent example of how the government pushes or encourages investment in less developed parts of Croatia.

Yes, it’s working well. The usage or the use of EU funds is increasing. The absorption of EU funds increased tremendously comparing to previous years. We’re trying to improve the system in order to further increase the use of the funds. We want to speed it up in order to receive more from the EU.

Given that we’re talking about the EU, Croatia has been a member for almost five years. How has the country changed?

Some changes are in regards to the increased development of infrastructure, where most of the costs are covered by EU structural funds. Regarding investments and attractiveness of Croatia, we’re seeing a shift towards us because Croatia is more attractive to investors. For example, companies that invested in Croatia over the last two or three years were not interested before we were part of the EU. Thousands of new jobs have been created thanks to EU membership and new market opportunities.

How is Croatia differentiating itself from neighbouring countries?

Some of our neighbours are EU member states, such as Slovenia, Hungary, and of course we have a maritime border with Italy. Then of course we have borders with non-EU members, like Serbia, Bosnia and Herzegovina and Montenegro.

Compared to other countries, Croatia was always a part of Central and Western Europe going back through history. Our economy and our trade balance, industry, tourism, have always been very much bonded with economies of Central and Western Europe, comparing with economies of the other countries in the region. If we look geographically, Zagreb is further west than Vienna, for example.

How about doing business? In the World Bank’s Doing Business 2018 report, the country ranked 51st, down by eight compared to 2017.

This year, we experienced a fall in our Doing Business ranking. We had a couple of good years, improving from 124th to 89th, and up to 40th. Now we’ve slipped down a little bit in the ranking. It’s not that we haven’t made do any improvements. We have, and they were acknowledged in the report. But other countries were implementing change faster.

But it’s like a sports game. You cannot win every race. In the long run, however, we believe that Croatia will improve its ranking. We are taking steps to improve the business environment. For example, tax reforms implemented in January this year were not taken into consideration for the latest Doing Business report. Next year, we believe that these improvements will be recognised by the World Bank and will definitely lead to an improvement in our ranking, because the tax burden for companies has been reduced.

You mentioned you’d like more investment outside Zagreb. How do you see the development of infrastructure in the country?

Regarding business, and transportation infrastructure, you’ve probably traveled to countries in the region. When you travel by car, there’s an obvious difference when you cross the border. You see that in much of Croatia you have highways, but in some parts of some countries, you don’t have developed highway infrastructure. Also, business infrastructure: while much of Croatia is covered with high-speed internet, some areas of neighboring countries do not have that.

Ericsson has 3,000 employees in Croatia. Of those, 1,200 are employed in research and development in Zagreb and Split. Some years ago, it was the most profitable unit within the group. Good business can be done in Croatia. We’re not the cheapest, but we’re the best cost destination, providing excellent service at reasonable cost.

Which sectors are you currently interested in promoting, where you think foreign investors could benefit?

First of all the tech sector: IT, engineering, electronics. Then manufacturing: metal processing, production of plastic parts and components. Other sectors such as tourism are also interesting. Tourism is driven by the natural beauty of the country. Then there is the pharmaceutical sector, which has been booming in Croatia over the last couple of years. For example, the biggest pharmaceutical companies have opened or expanded production sites in Croatia. And now they’re investing further and setting up R&D sites. For example, Hospira, one of the biggest pharmaceutical and medical device company, recently bought by Pfizer, has a huge site in Croatia and they are growing constantly. Teva, Galapagos, Xelia Pharmaceuticals were investing in Croatia significantly and they are still growing.

Let’s imagine you have a foreign fan of Croatia who’d like to invest in the tourism in the country. What opportunities does he have?

It depends on the type of investment you prefer. If you want to build a city hotel, locate it in Zagreb for business purposes, then this is a good opportunity because Zagreb tourism and business arrivals are increasing by two digits per year. If you want to provide a facility for leisure activity, you’ll need to go to the coast, where around 90 per cent of tourists are coming.

What is now in further development is the idea of Croatia as a year-round tourism destination. The seaside is of course seasonal, but for somewhere like Dubrovnik the season is much longer. Zagreb, with a combination of business travel and tourism, has always been a year-round destination.

We have also invested a lot into airport infrastructure over the last couple of years. In March, a new terminal opened at Zagreb. It was constructed by an international consortium. Dubrovnik Airport is expanding. They have received a grant from EU structural funds, over a of hundred million euros. Split Airport too is developing, as is Zadar and all the international airports in Croatia are developing. With the current consortium managing Zagreb Airport, we believe that we’ll have more flights, more destinations connecting to Croatia.

We are in London now, promoting Croatia. Why is London important? Why do you want to attract British Investors? Is Brexit not a concern?

Great Britain is one of the world’s leading economies. Brexit, for Croatia, might be an opportunity for companies that want to stay within the European Union, that want to have a sort of nearshore location close to Britain, but still in the EU. We believe that Croatia — with its benefits, human capital and business infrastructure — can be a good base for these companies.