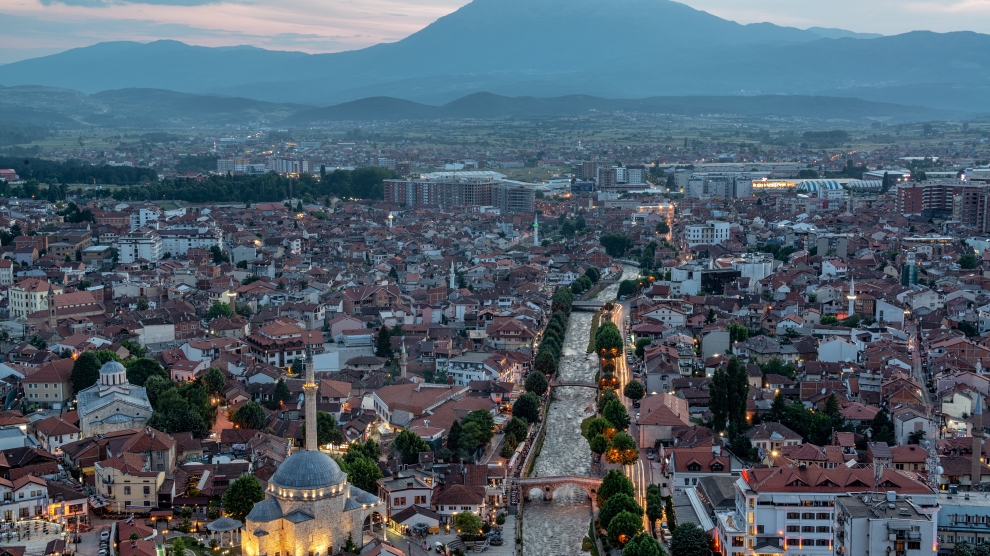 Kosovo is a young country, not only because it has been independent for just 11 years but also because it has the youngest population on the continent. This represents both an opportunity and a challenge for the country’s authorities. For while in the years following independence, when enthusiasm and optimism were enough to drive the country’s economy forward, the government has since needed to ensure that the right policies are put in place to ensure continued growth once that initial euphoria began to wane.

“Yes, for a number of years, optimism was indeed one of the factors which led to relatively good outcomes for Kosovo,” says the country’s finance minister Bedri Hamza. “For example, during 2008-11, Kosovo’s economy grew in real terms on average by four per cent per year. This growth rate was achieved during a period where the effects of the 2008 world financial, fiscal and economic crises were present in many regions of the world. For example, during the same period the eurozone economy had an average annual growth rate of zero negative.”

Over the next four years, 2012-15, there was a small decline in the trend, and then again during the next four years (2016-19), the economy picked up, with an average growth rate of 4.3 per cent. These fluctuations in GDP growth were partly affected by external factors, since Kosovo’s economy is very open to external shocks, but also from internal factors. Public spending in hard infrastructure increased significantly, and this contributed to overall investment and the growth of the economy.

“We have had to ensure that the growth of our economy is enabled by a mix of policy choices, particularly in the areas of taxation, public spending and structural reforms,” the minister tells Emerging Europe, who believes that reducing unemployment is a key priority.

“While the growth data are relatively encouraging, the unemployment rate remains relatively high, although it has declined gradually over the years. Overall, good progress has been made, but the current growth of the economy does not provide enough for our young generation to find a job. Our large army of young labour offers a great opportunity and huge potential for higher and more sustainable growth, but if that growth does not materialise of course, this valuable asset may gradually become a liability.”

In 2018 Kosovo’s economy grew by 4.3 per cent according to the country’s own figures, with the main contributions coming from public and private investments, consumption and to some degree exports, in particular that of services.

“Going forward, our forecasts and projections suggest that our economy will grow by around 4.7 per cent in 2019, partly as a result of a significant planned increase in public spending for capital projects, and a similar trend, although slightly lower, is forecast for 2020 and 2021,” says Mr Hamza, who has been in office since 2017.

“Our fiscal policy is sound, and stable. Tax policy and administration is improving every year, the efficiency of spending is increasing, and the deficit is fully under control. In 2013 we have adopted the so called ‘fiscal rule’, which limits the deficit of the government to no more than two per cent of GDP, and since then, this rule has been respected. Another rule to control the quality of spending was introduced in 2016, according to which the public sector wage bill cannot increase by more than rate of GDP growth.”

In the short-term, Mr Hamza does not see any real cause for concern.

“The fiscal position of the country is very good,” he says. “The challenge will be to keep performing well and not risk any possible deterioration. Public debt is still low (around 17 per cent of GDP), and there is no risk for the stock of the debt to increase at unstable levels in the medium-term. Inflation in Kosovo is not an issue. The level of prices is mainly imported from abroad, and depending on how world commodity prices perform, that may partly impact on Kosovo’s inflation too. In medium-term perspective, our forecast shows an inflation of around 1.3 per cent.”

A number of sectors of the Kosovan economy are ripe for investment, and the minister is doing all he can to attract foreign investors who can finance or work with local entrepreneurs.

“The IT sector is growing fast and the overall service industry has great potential,” he says. “The mineral industry is another area ready for significant investment, tourism is another. Our approach to future investments, growth and employment goes in two directions. One is sector and project based, with targeted investments through various mechanisms, such as PPP, and privatisation, while the second is linked with our commitment to improve the business climate, and make our country a destination for investment. Then it is up to the investors to decide where to invest.”

Compared with the Western Balkans region Kosovo is in a relatively good position infrastructure wise, with the whole country covered by broadband and 4G internet.

“We strongly believe that the competitive advantage of Kosovo’s economy is the digital economy, so we will continue to invest heavily in this area,” says Mr Hamza. “Since we set up the ministry of innovation and entrepreneurship we have managed to step forward in implementing a programme which directly affects the advancement of innovation and the economic development of the country. We have established an Innovation and Entrepreneurship Fund, where we have supported start-ups, NGOs and SMEs. IT equipment has been exempt from customs duties, as have spare parts and equipment production lines.

We have promoted educational reform aimed at adapting the curricula to the real needs of the labour market, and we have requested the introduction of coding and entrepreneurship as a school subject.”

Kosovo’s private sector has grown steadily over the past few years, but the minister is aware that more needs to be done.

“We have been quite successful in improving the business environment and this has directly contributed to a larger number of new business opened every year,” he says. “If we look at the World Bank Doing Business report, Kosovo has been one of the biggest improvers in recent years. For example, back in 20112 Kosovo ranked 126th in the world, whereas in 2018 we had moved up to 40th. In one of the indicators – Starting a Business – Kosovo ranked 10th in the world in 2018. Of course, much remains to be done, and we are committed to implementing further reforms, so that private sector can lead the future growth of the country.”

To learn more about business opportunities in Kosovo, register your interest in Emerging Europe’s Outlook on Kosovo Investment Conference, held in partnership with the EBRD at https://emerging-europe.com/outlook-on-kosovo/