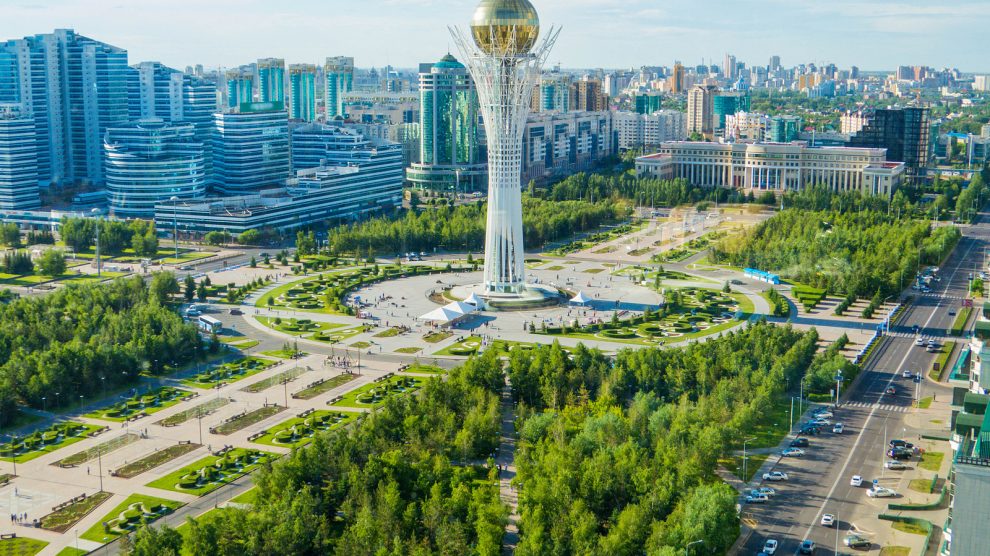 Kazakhstan, Kyrgyzstan, Tajikistan, Turkmenistan and Uzbekistan have all maintained close political and economic ties to Russia since their independence from the Soviet Union more than three decades ago. Moscow’s invasion of Ukraine is changing that, however.

The recent Fourth Consultative Summit of the Leaders of Central Asian States, held in Kyrgyzstan on July 21, revealed the difficult diplomatic situation that the five regional states (Kazakhstan, Kyrgyzstan, Tajikistan, Turkmenistan and Uzbekistan) have found themselves in since the start of the Russian aggression against Ukraine in February.

The summit, which officially aims to offer a platform for the leaders of the five countries to discuss and offer solutions to the shared threats and challenges that their states are facing, did not feature any explicit acknowledgements of Russia’s internationally condemned military activities.

Kazakhstan’s president, Kassym-Jomart Tokayev, said that an alliance between the five nations was not created to oppose any other third country.

“I think that we should not limit ourselves within fixed geographical frontiers. High-level representatives from neighbouring countries such as Russia and China could attend consultative meetings as invited guests,” he said.

Kazakhstan, the only one of the five countries to share a border with Russia, has been in an especially difficult situation since the start of the war in Ukraine, according to Sebastian Krapohl, professor of International Relations at the University of Amsterdam.

“On the one hand, Kazakhstan is still highly dependent on Russia. The president had just asked Russia for help, when the unrest happened in Almaty, shortly before Russia started its ‘special operation’,” he says, referring to anti-government protests which took place in the Kazakh city during January.

It took little more than a few days of demonstrations against a hike in the price of liquefied petroleum gas (LPG) for Tokayev to send a very public appeal for help to the Collective Security Treaty Organisation (CSTO), a Moscow-led alliance of six former Soviet republics (Armenia, Belarus, Kazakhstan, Kyrgyzstan, Russia, and Tajikistan) first created in 1992.

Within hours, Moscow had responded the call, dispatching a mix of Russian and Belarusian forces to Kazakhstan, joined by a token contingent of Armenian and Tajik troops.

“Russia remains a key security provider in the region, with facilities in three of the countries. It controls two thirds of regional arms’ imports and supports the region’s autocrats,” points out Edward Lemon, researcher of authoritarianism in post-Soviet Central Asia at Texas A&M University.

“On the other hand, Kazakhstan is scared that what happened to Ukraine might happen to it as well. There is a large Russian minority living in North Kazakhstan. Thus, Kazakhstan needs to oppose the war in Ukraine, because it could set a precedent,” argues Krapohl.

However, according to Lemon, Kazakhstan, alongside Uzbekistan, is best positioned in the region to make a stance against Russia’s aggression.

“Neither has condemned Russia. Russian officials continue to visit the region. But they have subtly pushed back against Russia,” he says.

In recent years, Kazakhstan and Uzbekistan – the region’s largest and most diversified economies – have also made the most consistent efforts to decrease their economic reliance on Russia and expand relations with the West.

“Russia is a key economic partner and forms a key transit country for energy and other exports from the Central Asia region to Europe. It further hosts millions of Central Asian migrants who contribute to one third of the economies of Tajikistan and Kyrgyzstan,” states Lemon.

According to Beate Eschment of the Berlin-based Centre for East European and International Studies (ZOiS), “Kazakhstan is much more affected by the Ukraine war and its consequences than the other states, because it shares a border with the Russian Federation, it has a large Russian population, close economic ties, and it is heavily dependent on Russian pipelines for its oil exports.”

Despite the temporary economic hurdles that are likely to be caused if this relationship with Moscow is jeopardised, Kazakhstan appears to have recognised that this is the only way to achieve sustained economic growth.

As the EU has accelerated its efforts to achieve energy independence from Russia since the start of the invasion of Ukraine, Kazakhstan has offered to increase deliveries.

The national oil company KazMunayGas has already been instructed by President Tokayev to find an alternative gas route that will bypass Russia, and thus allow Kazakhstan to deliver natural resources to the EU.

Eschment further argues that because of their country’s geographic position, Kazakh citizens have also been most personally affected by the war, while also pointing out that it is difficult to make assumptions about people’s genuine attitudes towards the invasion.

“Real opinion polls do not exist and cannot exist under the given political circumstances,” she points out.

“There is certainly sympathy towards Ukraine and fear that Central Asia may be the next target of Russia’s neo-imperial ambitions. At the same time, especially among the older generation, who consume Russian media, there is acceptance of Russia’s narrative on the war,” suggests Lemon.

He further explains that until February, Russia remained very popular in the region, much more so than China and the US.

“Most people just want their lives to go on without disruption,” he states, adding that “this will not have changed overnight, although anti-Russian feelings may be rising.”

According to Eschment, such change is most likely to come to Kazakhstan where the conflict feels closer for the population than in other Central Asian countries.

“Kazakhstan is much more affected by the Ukraine war and its consequences and, in my opinion, this is always overlooked by Western observers. For people in Turkmenistan, Uzbekistan and Tajikistan another conflict is much closer and more threatening than Ukraine – Afghanistan.”

What does the EU’s minimum wage directive mean for CEE member states?
Aid agency warns of increased resentment to Ukrainian refugees unless changes made immediately
Comment