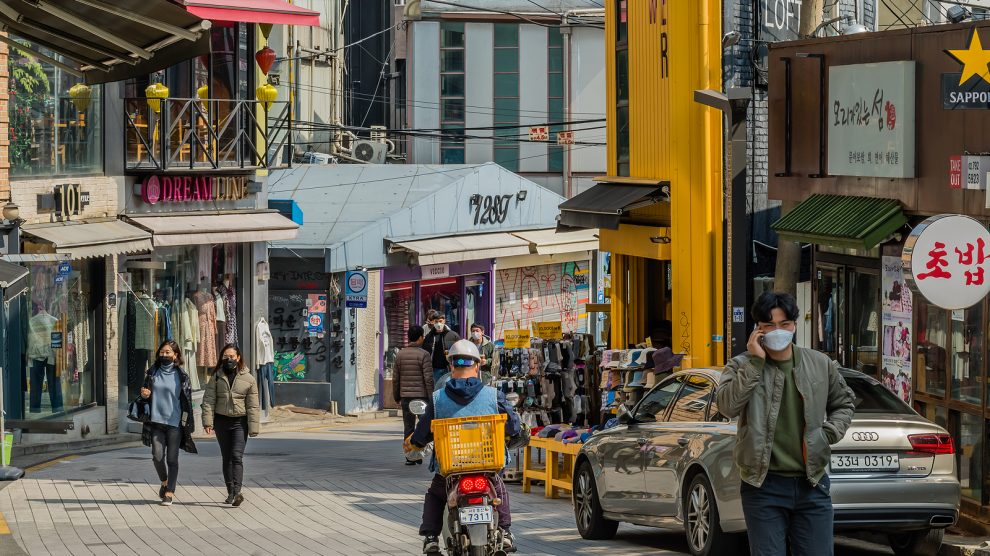 Some countries in Asia have dealt far better with Covid-19 than those in Europe, often as a result of previous experience with similar viruses in the recent past. What can we learn from them?

“Innovation in healthcare has seen a boost during Covid-19 pandemic. But we need to be careful in our optimism: we need to make sure that the innovations we use are sustainable, and can be used in the long term,” says Tamás Békási, RIS business creation manager, EIT Health InnoStars, a network of best-in-class health innovators backed by the EU.

“Healthcare innovation and healthcare has become a more popular topic than ever. We are living in an era where we have thousands of innovations coming from healthcare, but also institutes that can utilise these innovations,” he adds. “Investors see big potential in health innovation but sometimes don’t have the background to evaluate and measure these kinds of projects.”

According to Békási, Europe and US are still “a little slow” compared to Asia.

“Europe has some great technology, but we are perhaps not using it as well as some parts of Asia. This is where we can learn from the Asian Tigers: how to better utilise the innovations we create.”

So what can we learn from the Asian Tigers?

Korea has been one of those countries that has dealt with Covid-19 in an exemplary way. So far, the country has recorded fewer than 125,000 cases of coronavirus, and just 1,800 deaths. This in a country of 52 million people, including one of the largest and most densely populated cities in the world.

“The biggest factor was that in 2015 we experienced a similar disease and made preparations,” says Ki-Suck Jung, a researcher from Hallym University.

“That was MURS [Middle East respiratory syndrome]. A few people died, hospitals shut, our society almost came to a halt. The economic loss was 12 trillion won (around nine billion euros). After that we made thorough preparations. The national economy is more important than personal information, that was the conclusion we reached as a result of the MURS experience.”

Jung says that one of the things Korea really learnt was the importance of contact tracing.

“When [Covid-19] appeared, we were able to trace contact easier,” he says.

“We used credit card info for tracing, and almost all Koreans have phones, so we can use GPS to trace mobile phone location. Many Koreans also have transportation cards, which we can use to trace where they went. We also use CCTV surveillance cameras,” he adds.

But even Korea’s experience was not perfect, he admits, especially when it comes to common data standards, and data sharing.

Another of the Asian Tigers, Taiwan, also had experience of a virus outbreak on which to draw: SARS, in 2003. It too has dealt with Covid-19 remarkably well for a country with a population of 24 million people: just 12 people have died with coronavirus since the pandemic began.

“It gave us a far more detailed apparatus with which to work,” he says. “We had government data, national health insurance data, including medical histories. We also developed an open source social distancing app last April. We were able to detect Covid-19 even before PCR tests were available.”

He says that Taiwan’s approach was “open and clear”.

“I think we were very lucky.”

Vaccines alone are not enough

Back in emerging Europe, Ivana Kostić, the co-founder of Health Tech Lab Serbia, part of the Medicines Optimisation Working Group within the European Connected Health Alliance, says the moving forward, we need to remembers that while vaccines are the solution, they are alone not enough.

“In Serbia, we’re in a good way,” she says. “In the Western Balkans, there is still a long way to go. This is why its important to learn, set a direction, decide on the next steps in order to gather data, deal with privacy issues, and gain more technological experience,” she says.

“Multiple respirators that were produced by hand in the Serbian ecosystem, several instruments clearing the air in hospitals and homes, several solutions, apps that were detecting or calculating,” Kostić said.

“What we are very happy to see is that there is this empathy where people from different technological backgrounds – not all focused on health – were refocusing on health and were assisting us,” she adds.

Kostić also says that Covid-19 has offered a boost for digitalisation.

“The Serb government is definitely making a great deal of efforts to digitalise, as well as implementing emerging technology. We truly hope we will cooperate on the same level as Asia,” she says.

“We can definitely learn from Asian countries and from other experiences round the world.”

Besides the Asian Tigers, she points to Israel. “It is the start-up nation. We can see from their results during this pandemic that they are leading at the moment. And it’s all based on innovation and start-ups.”

Tamás Békási, Ki-Suck Jung, Ethan Tu and Ivana Kostić were speaking at Emerging Europe and the Asian Tigers: Towards 2030, an event held in Warsaw and Seoul on April 29.