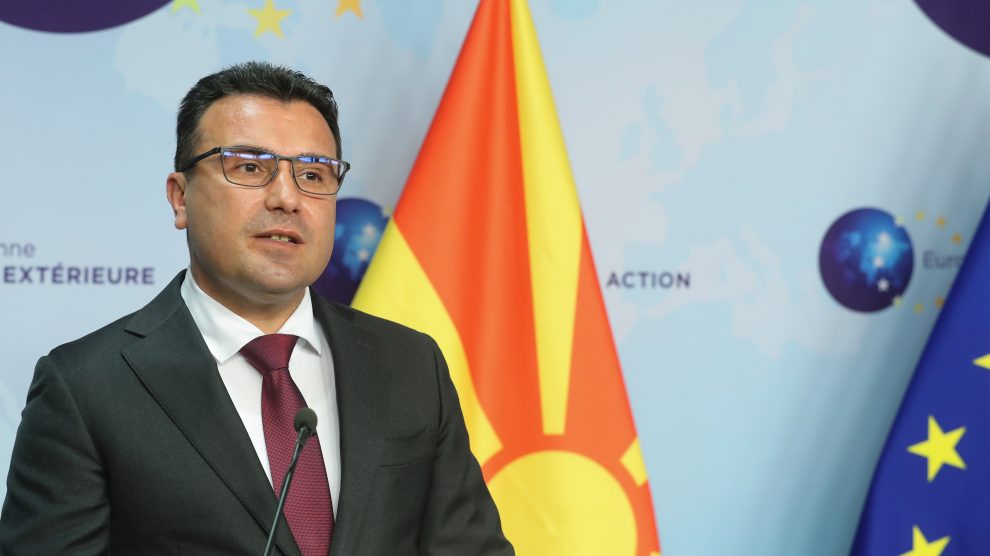 Zaev told a press conference at his party’s headquarters on Skopje that he felt obliged to take responsibility for the defeat.

“I have brought freedom and democracy, and democracy means taking responsibility,” he said, adding that he did not want an early parliamentary election, and that another member of the Social Democrats should take over as prime minister.

The mayoral contest in Skopje itself demonstrated the scale of the defeat suffered by Zaev’s party.

Incumbent Petre Sigelov was backed by just 40 per cent of voters, well behind Danela Arsovska, who ran as an independent, on 56 per cent.

Around the country, the Social Democrats lost control of more than 60 towns and cities, paying the price for a perceived lack of progress towards European Union membership.

According to Jasmin Mujanović, a political scientist and expert in Southeast European affairs, Zaev has taken a responsible, democratic decision.

“His party was decisively defeated, he’s shouldering the cost of that. As it should be. But I fear it’s an omen of a coming maelstrom; the definitive end of even the nominal pretence of ‘stability’ in the Western Balkans,” he wrote on Twitter.

Two years later he signed the historic Prespa Agreement with Greece, which ended a three decade-long dispute over the use of the term Macedonia and paved the way for the rechristened North Macedonia to become a full member of NATO and begin accession talks with the European Union.

However, while North Macedonia formally joined NATO last year, EU membership talks have yet to begin.

Although the European Commission has given both North Macedonia and neighbouring Albania the green light to start talks, Bulgaria has been formally blocking accession negotiations since November 2020 over disputes regarding language, ethnic minorities, and historical issues.

Out in the cold

Earlier this year, the European Union even suggested that it could be ready to press ahead with Albania’s accession process, leaving North Macedonia out in the cold.

Albania and North Macedonia’s bids for EU membership have so far been coupled, with both nations preparing for negotiations to begin in parallel.

Joining the EU enjoys broad backing in the North Macedonia (79 per cent support EU membership) but tellingly, according to a poll from June of this year, only 32 per cent think that the country is closer to joining the EU than it was in 2005.

Last year, Zaev called an early parliamentary election and was narrowly returned to office at the head of a coalition government that includes his own Social Democrats and the Democratic Union for Integration (DUI), one of the parties that represents the country’s significant Albanian minority.

Together, they can count on just 62 votes in the 120-seat parliament.