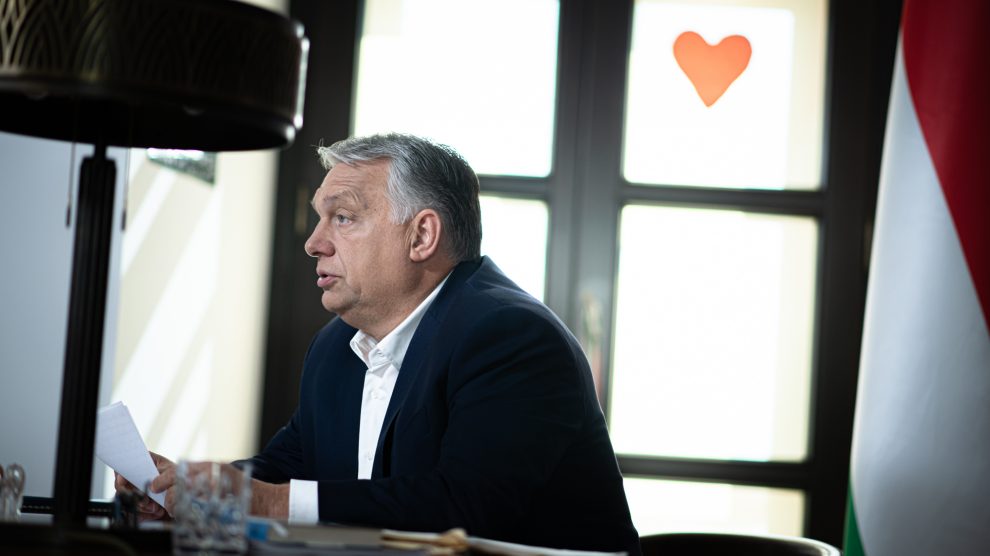 Hungarian Prime Minister Viktor Orbán has called for a referendum on the controversial “anti-LGBT” law that activists say equates homosexuality with paedophilia.

In a Facebook video, Orbán reiterated his support for the law and accused the EU of attacking Hungary while announcing the referendum.

“In the past weeks, Brussels has clearly attacked Hungary over its child protection law. Hungarian laws do not permit sexual propaganda in kindergartens, schools, on television and in advertisements,” he said. “When the pressure on our homeland is so great, then only the will of the people is able to defend Hungary.”

Edit Zgut, a researcher at the Institute of Philosophy and Sociology at the Polish Academy of Sciences, agrees that the Orbán regime is instrumentalising an otherwise democratic tool to divert attention from various overlapping scandals: the European Commission’s lack of approval regarding the Recovery Fund and the Pegasus spying gate.

“PM Orbán keeps exploiting identity-based anxieties to fulfil his autocratic political goals. He has been running eurosceptic conspiracy campaigns for ten years now for two reasons: to delegitimise its rule of law and corruption criticism and to outsource anti-establishment frustration of the Hungarian society. By announcing this false referendum, he aims to divert attention that the EU Commission is ready to withhold financial support not because of the anti-LGBTQ legislation but because of the systemic rule of law problems, particularly the lack of judicial independence,” she tells Emerging Europe.

Andras Biro-Nagy, director at Policy Solutions, says the announcement is an attempt to divert the attention from some potentially politically dangerous issues, such as the Pegasus scandal, the Fudan University and the mismanagement of the Covid-19 crisis.

“Orbán is desperate to set the agenda for the upcoming months. His aim is to make sure that Hungarian politics will be mostly about cultural issues, especially about gender issues, LGBT rights, etc., given that the Hungarian society is rather conservative on these issues. It shows how desperate this attempt is, that until this morning, referendums weren’t even allowed in Hungary because of the Covid crisis. But early morning, out of the blue the government suddenly lifted the restrictions on it. However, this also opens the opportunity to the opposition to propose referendum on other issues. The key question of the next few months is who will be able to set the agenda for the electoral campaign,” he tells Emerging Europe.

The next parliamentary election is scheduled for 2022.

Now, in preparation for the election campaign, Orbán has imported an electoral recipe from his Polish allies — Law and Justice (PiS). Earlier this month he announced a hike in the minimum wage.

“I would like to confirm that…we will undertake the task of raising the minimum wage to 200,000 forints (553 euros) per month in one or more steps,” Orbán told a news conference. The minimum wage is currently 167,400 forints (464 euros).

The Hungarian government has been promoting itself as the defender of Christian traditions and “normality” against the “LGBTQ lunacy.” In the meantime, Fidesz’s then-MEP József Szájer and Orbán’ ally was caught last December escaping a lockdown-breaking gay party in Brussels.

The Child Protection Act was adopted on July 15. It bans any depictions of homosexuality in materials and settings aimed at children under the age of 18. Ostensibly, the law is about protecting children from paedophiles by increasing punishment, but an amendment was passed that bans the “promotion” of LGBT issues.

Following the parliament vote, the European Commission has launched infringement procedures against Hungary and Poland “related to the equality and the protection of fundamental rights.”