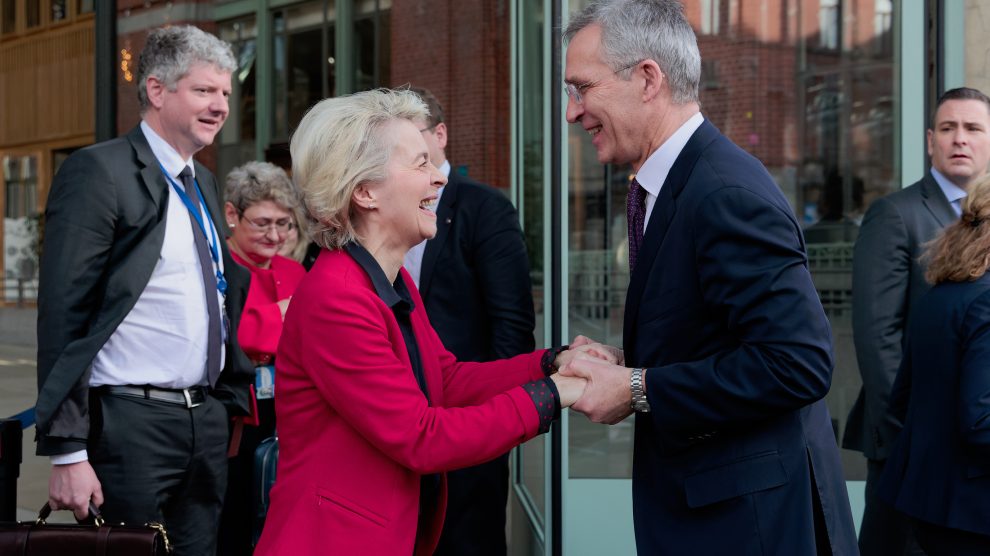 NATO’s next boss, set to be chosen this summer, will need to be just as popular in Brussels as current secretary-general Jens Stoltenberg. One candidate – from emerging Europe – stands out.

Despite agendas which often overlap, NATO and the European Union (or its predecessors) have not always sung from the same hymn book.

Former French President Charles de Gaulle’s dreams of creating a third, European force to rival the US and the Soviet Union in the 1960s led to him taking France out of NATO’s military structure, expecting West Germany and other members of what was then the European Economic Community to follow.

France did not fully return to NATO until 2009, during the presidency of Nicolas Sarkozy.

In recent years, NATO has been wary of EU pipedreams of creating its own army, which surface from time to time. In its latest form, the idea was first proposed by the former president of the European Commission Jean-Claude Juncker in 2015. Its purpose, Juncker claimed at the time, would be to deal with the threat posed by Russia and to participate in the defence of non-NATO EU member states.

The idea was then briefly floated by Emmanuel Macron in 2017, shortly after he took office as French president, but quickly sidelined when it became clear that – much as Juncker discovered two years earlier – high levels of both internal (especially from eastern EU members) and external opposition made it a non-starter.

“To have an army, you need first of all a political decision-maker who would deploy such an army,” Koziej said. “These days, nobody in Europe, no single country is contemplating giving up its sovereignty.”

The imminent accession to NATO of erstwhile neutral Finland and Sweden to NATO, brought about by Russia’s invasion of Ukraine, all but negates Juncker’s original purpose for an EU army. The accession of the two countries leaves just Austria, Cyprus and Malta as the only EU member states outside of NATO.

Even among the EU’s would-be member states of the Western Balkans, Eastern Europe and the South Caucasus, only Serbia has no intention whatsoever of also becoming a NATO member. Many of the others, including Albania, Montenegro and North Macedonia, already are.

Indeed, NATO and the EU have rarely been more aligned, both in terms of membership and policy.

Despite regular grumblings in Brussels about Washington’s overreach, the war in Ukraine has brought the two very different organisations closer together, demonstrated best by a joint declaration issued this week following a meeting between NATO’s boss Jens Stoltenberg, European Commission President Ursula von der Leyen, and President of the European Council Charles Michel.

“NATO and the EU play complementary, coherent and mutually reinforcing roles in supporting international peace and security. We will further mobilise the combined set of instruments at our disposal, be they political, economic or military, to pursue our common objectives to the benefit of our one billion citizens,” says – among much else – the declaration.

According to Stoltenberg, it aims to further strengthen and expand the strategic partnership between NATO and the EU, building on the progress in cooperation made between the two organisations since previous declarations were signed in 2016 and 2018.

“We are determined to take the partnership between NATO and the European Union to the next level,” said Stoltenberg, who pointed out that once Finland and Sweden formalise their membership, “NATO will be protecting 96 per cent of the citizens in the European Union, and a higher share of its territory than ever before.”

Towards Vilnius, and a new leader

The next NATO Summit, set to be held in Vilnius, the capital of Lithuania, in July, is likely to be one of the most pivotal in decades. In Stoltenberg’s own words, it comes amid the most complex and unpredictable security environment Europe has faced since the Cold War.

Close to the top of the agenda (below Ukraine) will be the appointment of a new leader. Stoltenberg was due to step down last September, at the end of his second term, but his mandate was extended for an extra 12 months following the Russian invasion.

It is highly unlikely however that Stoltenberg will stay on beyond September, and the quest to find his successor is already well underway – unofficially at least.

The frontrunner is Estonia’s PM, Kaja Kallas. NATO is thought to want its next secretary-general to come from a newer, eastern member state, to be tough on Russia, well liked in Brussels and preferably female. (Until now, all NATO leaders have been from the US or Western Europe, and male).

Kallas, a former MEP who has led – with distinction – the European response to Russia’s aggression against Ukraine, winning international plaudits, more than fits the bill. She might also by then be available: Estonians vote in a parliamentary election in April.

Another Estonian, the former president Kersti Kaljulaid, as well as a former Lithuanian president and Russia hawk, Dalia Grybauskaitė, are also believed to be in the running. Slovakia’s president, Zuzana Čaputová, should also be taken seriously as a contender, should she be interested. Domestic politics – Slovakia’s government fell in December – may keep her too busy, however.

On human rights, emerging Europe remains a divided region
For most of Central and Eastern Europe, 2023 will likely see a slowdown in growth
Comment