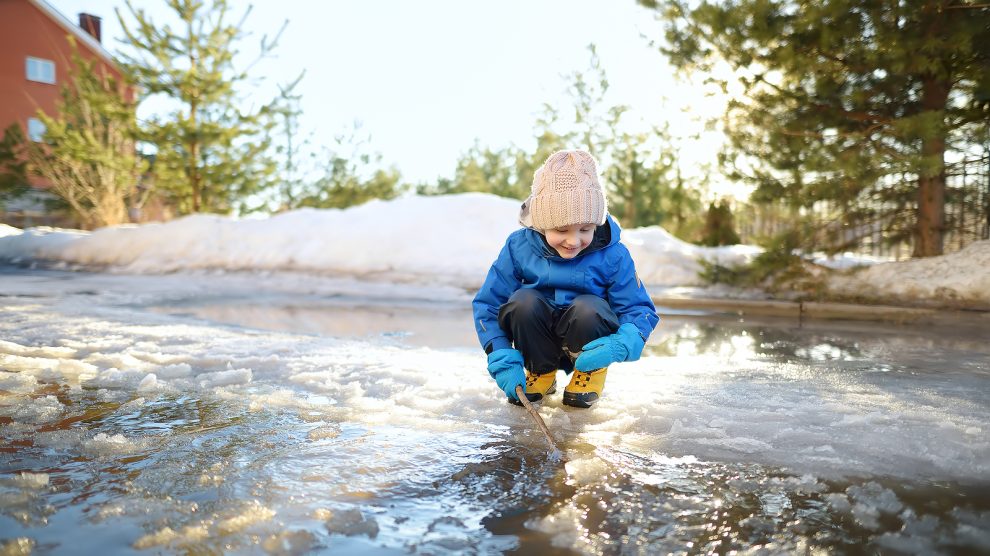 Far too many of the region’s quality of life indicators have fallen in recent years. In 2023, policy makers need to ensure that they once again begin heading in the right direction.

It is estimated that between March 2020 and May 2022, during the peak period of the Covid-19 pandemic, as many as 10.5 million children around the world suffered the death of a parent or grandparent caregiver responsible for their needs and nurture. Of those, around 7.5 million became orphans.

That is an incredible number. And the number increases significantly if we add all the conflicts taking place around the world, including here in Europe. It is reported that between the launch in February of Russia’s full-scale invasion of Ukraine and early December, that 6,755 people in Ukraine have died because of the war — 424 of them children.

UNICEF says that it is children that are bearing the heaviest burden of the economic crisis caused by the war in Ukraine. While children make up 25 per cent of the population, they account for nearly 40 per cent of the additional 10.4 million people experiencing poverty in 2022 across 22 countries of Eastern Europe and Central Asia.

The World Bank says that the percentage of the Ukrainian population living in poverty has grown from two per cent before the February invasion to some 25 per cent at the end of 2022 and might rise to 55 per cent by the end of 2023 if the war continues.

Runaway inflation across Europe and especially in several Central and Eastern European countries, is damaging purchasing power. In November, the annual inflation rate in Hungary reached 23.1 per cent, in the three Baltic states — between 21.4 and 21.7 per cent, and in Czechia and Poland — 17.1 and 16.2 per cent respectively.

Recent analysis by the European Union’s Joint Research Centre says that “low-income households in [the CEE] countries may devote twice as high a share of their total budget to food and energy than their high-income peers or wealthier households in other member states. Consequently, the increase in European households’ living cost as a result of inflation between August 2021 and August 2022 was very uneven and ranged between seven and 30 per cent across different countries and income segments. Poorer households are at a double disadvantage, which is deepening existing social gaps and inequalities across the EU.”

Surviving winter has become a priority for millions of people in the region due to the high prices of gas, electricity and firewood. Rates of energy poverty, or the inability to afford sufficient heating supplies and consequently, the minimum conditions of comfort inside the house, will grow significantly in the region. And years of social and economic development will go down the drain.

In Hungary, Prime Minister Viktor Orbán relaxed logging rules and ordered more mining of lignite, the sulphur-heavy brown coal regarded as one of the dirtiest fossil fuels. So did Poland, where around 35 per cent of households burn coal to heat their properties.

Such measures show how climate change and air quality – and consequently the quality of life of citizens – appear to have recently fallen down the agenda of many governments.

The last few years have thrown all of us into deep flux caused by the global financial crisis in 2009, the so called ‘Arab Spring’ which started in 2010 followed by the immigration crisis in Europe, the pandemic and Russia’s invasion of Ukraine this year. We now live in a time of permacrisis and uncertainty continues to soak itself into nearly every corner of our lives.

Back in September 2015, 193 members of the United Nations unanimously adopted 17 Sustainable Development Goals to end poverty by 2030 and pursue a sustainable future. They now appear to be meaningless.

This year, summer heatwaves affected hundreds of millions of people, with implications for health and wellbeing, agriculture and food supplies and natural ecosystems. For example, the environment and industry of the countries reliant on the Danube, the continent’s second longest river flowing mainly through emerging Europe countries, are already suffering. At the moment, an incredible warm spell has brought record temperatures in Central Europe reaching 15 degrees — in the middle of winter.

Since World War II, the globe has seen many wars, including in Europe in the 1990s, and although we are amid a Ukrainian genocide, we were until Thursday on the brink of another war between Kosovo and Serbia, supported by Russia, its great­ power patron, which is allergic to Western interventions anywhere.

In early December, Serbian President Aleksandar Vučić publicly called Albin Kurti, Kosovo’s prime minister, “terrorist scum”. Just a few days ago, Serbia placed its forces on the border with Kosovo in a “full state of combat readiness, that is to the level of the use of armed force.”

Some gentle nudging from the EU and US appears to have de-escalated the situation for now. But for how long?

According to the 2022 edition of the Varieties of Democracy report, in 2021, across the globe democracy was at its lowest ebb at any stage in the last 30 years. I would argue that in 2022 it dived even further.

China, Russia, and other autocracies have become stronger over the last 10 years, building on the West’s weaknesses. Russia’s invasion of Ukraine has been extraordinarily ironic for the “strategic genius of Vladimir Putin”, as it woke the West and united it in a joint goal.

Autocratic regimes can generate positive outcomes such as social and economic growth, and lead the technological advancement and even the digital transformation of public services. As they lack the self-stabilising properties of democracies, they might also crack down.

And now, exactly one hundred years after the birth of the Soviet Union on December 30, 1922, we could well be witnessing a demise of its heir. Putin said that the collapse of the Soviet empire “was the greatest geopolitical catastrophe of the [20th] century” and now he is orchestrating another one. Will that be a lesson for other autocrats?

“Above all, Europe means peace,” Jean-Claude Juncker said in his State of the Union address in 2016.

And for decades, the continent has relied on peace through cooperation, coupled with a joint commitment to democracy, the rule of law and human rights, mutual respect and well-being, with a focus on those most vulnerable ones — children, the world’s future.